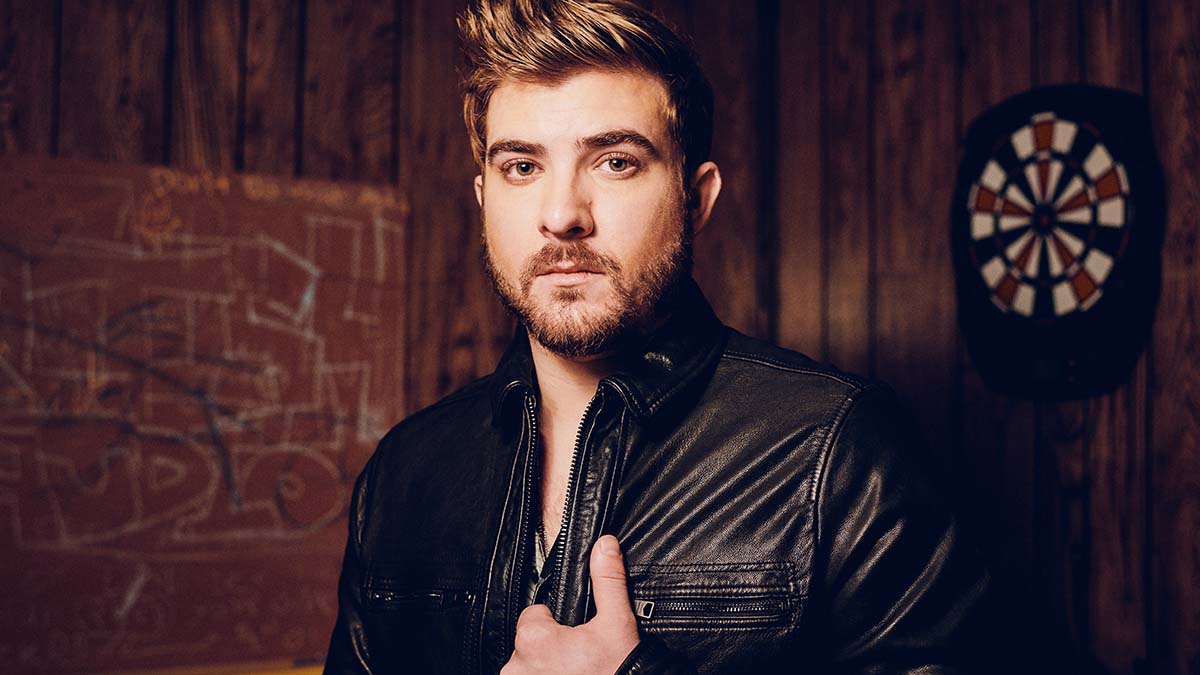 Sony Music Nashville rising star Ross Ellis has been garnering attention for his single releases over the past year or so.

His latest track, ‘I Wish You Would’, is a fiery slice of Country rock that’s a little different from what fans have heard from the singer-songwriter up to this point. With the world opening up once again, Ellis is hoping to put his plans into action to get to the next stage of his career.

I spoke with Ross earlier this week about ‘I Wish You Would’, to discuss the impact the pandemic has had on his music, and to find out how he came to have one of his songs recorded by Gary Allan…

Your new song ‘I Wish You Would’ is a little different than what we’ve heard from you before. What’s the story behind it?

It was just me and a couple buddies hanging out drinking beers and talking about some relationship stuff, but really we were trying to make a fun, sexy breakup song somehow, Like make heartbreak fun. The song’s like a cousin to ‘Ghosts’, which is more of a spiritual breakup song or ‘Buy and Buy’ which is so deep, it’s got so many layers. This one I wanted to be bits of that sad but rock and fun. It was really just a fun song. I thought after all this mess and us not playing music for over a year, it would be a fun one to put out and see what happens. It’s got the rocking guitar part. I just thought it felt good, man.

I imagine it’s not been the ideal scenario for a rising upcoming artist to have a pandemic happen. How has that impacted on the way you’ve rolled out your music?

I think enlightening. We tend to dwell on the negative of all this, but everybody’s going through it. For me, I got to step into some different shoes and find myself as far as seeing the production side of things, and watching Dan Huff and Brandon Hood creating these things. We got to spend more time on it. The studio band, we got to really dive in and they put their own little taste on things. I was like, ‘look, I want to sound like Radiohead, man. Y’all just go for it and see what happens’. It’s been very creative. The Zoom writing sucks but I didn’t do that very much, I did it a couple times. The connectivity with people, I think that’s mostly what I’ve learned. I’m happy to be back with my friends. It’s not even about writing songs so much, I’m just happy to catch up and sit with my friends. The music’s just a plus. I think it’s been good.

Having this time to focus and be creative, you must have a wealth of material built up?

Oh, yeah plenty (laughs). I’ve got so many songs in my catalogue. That’s been the toughest part, just figuring out what to record and sonically how I want these songs to connect. I want these songs to not just be singles but I want them to be related to each other. I want it to feel like an old rock album type record. That’s been the hardest part, just figuring out what molds together, which songs. It’s been fun too. We’ve recorded way different sounds than the original demos to make it all mesh together. I’m really excited to see how that happens and I hope it glues together well.

I’m glad to hear you’re thinking of these songs as a linked body of work because with the focus so heavily on singles these days, often EPs sound like a random collection of songs that aren’t related…

And they might, I don’t know. It depends on the day. For me, my favourite songs are deep cuts off albums. I guess I’m old enough at 29, but I still go get the physical copy. There’s something about holding these things and seeing the artwork. My little brother paints so I’ve got that on my heart. All of it together, you can’t beat that man. It all has a vibe visually and sonically, everything about it. I want to tell a story as a whole. I’m still trying to figure this thing out too is all I’m trying to say, and that’s what these songs are. I’m just trying to figure out life. Maybe by song 13 or whatever it is, I’ll figure it out (laughs).

That’s the beauty an album. When you hear a song within the right context, it can really elevate it. It can bring lots of different experiences and feelings with it. I think it’s so important to still have the album. I’m totally with you, I’m a physical format buyer. My house is full of CDs and vinyl, and that’s gonna be me till the day I die…

Yeah. It’s hard to change that man. I want to keep that alive and pass that torch to younger people that maybe didn’t get to experience all that stuff. It’s still there, we’re still doing that. You can go buy records and vinyl, it’s coming back. I think a lot of this pandemic stuff has shone a little light on that. These things are important. Physical things are important. People, music or whatever, we need that visceral experience. Hopefully I can get away with doing something like that.

Are they really? Oh, man, I didn’t know that. My truck doesn’t even have a CD player and I have CDs all over (laughs). I don’t even know why but they’re here. Cassettes huh? Interesting. Well, maybe I’ll put some cassettes out.

I would buy one. That makes it worth it for you (laughs)…

That’s why I love you guys over there. You’ve held on to the good shit (laughs). That’s mostly why I want to come over there and rock out with y’all because I’ve heard the country fans are pretty spectacular.

All right. I’m down buddy. Let me know when y’all open up.

You co-wrote Gary Allan’s song ‘Slide’. Was it written specifically for him?

No. I played a couple shows with him in late night 2019. We hit it off and became pretty tight. He and my Dad actually were friends and my Dad was like, ‘hey, you should record one of Ross’ songs’ and he kind of brushed it off and we laughed about it. A few months later I get a call, ‘Gary wants to sing your song and he wants you singing on it’ so I’m actually singing on that with him. I’ve always been a huge fan of Gary so that was like the (Tim) McGraw (Ross co-wrote ‘Neon Church’)) thing, another bucket list recording for me. I just thought it was so cool of him to have me in to sing it with him. It wasn’t written specifically for Gary but he sounds pretty good on it I think.

I guess he is, yeah. I hope he doesn’t hear this because he’ll get a big head. He likes to insert himself a little bit but he’s a funny dude. Everybody loves him. I think he’s tighter with XM Highway people than I am but he’s a good dude.

This is the amazing thing about parents isn’t it? They will always say the things that you’re too frightened to say…

Yeah, or they’ll say too much. I gotta watch my Dad. My Mom, she’s cool but my Dad likes attention so it’s always fun.

You need to bring your Dad with you when you come to the UK. He sounds so fun…

He’s a riot. I’m sure I’ll have to. We were out with Eli Young Band and I remember he bought a beanie just like Mike’s and thank God, they were cool about it. Mike got off stage and my Dad had the same beanie on. They took a picture. He does stuff like that. Sometimes I think it’s gonna come back to haunt me but we’ll see.

That’s amazing. Your Dad is a legend!

He’s a legend in his own, yeah.

Do you have any other personal goals or milestones for the next few months?

I’d like to go to radio before too long. The quarantine happened and I was supposed to go pretty quick right after I saw my deal, but that turned everything off. Getting back on the road, right now I’m excited about that. I got a new band. I’m just excited to go rock and roll. To go to radio before too long will be nice. I’d like to have a hit (laughs).

Ross Ellis’ single ‘I Wish You Would’ is available to stream and download now. Watch the lyric video below:

In this article:Featured, Ross Ellis