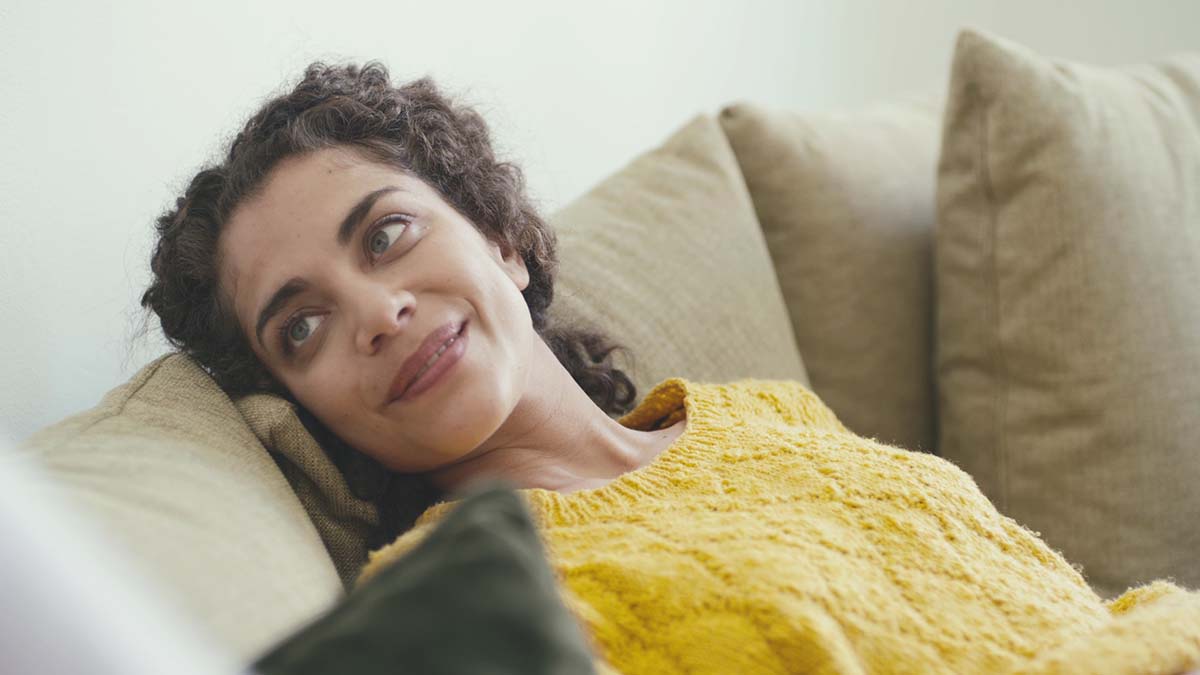 Up until now NQV Media’s output has mostly focused on the gay male experience through shorts collections such as ‘The Boys’ and ‘The Male Gaze’. For their new series ‘Upon Her Lips’, they’re switching things up and focusing on the lesbian experience. The first instalment is ‘Upon Her Lips: Pure Feels’, which brings together five shorts from Israel, Germany, Sweden, France and Brazil to give a glimpse into what it’s like to be a lesbian in the modern day.

‘Upon Her Lips: Pure Feels’ opens with Israeli film-maker Tzurit Hartzion’s ‘Fake It’, which tells the story of a woman who decides to create a photography project about her past relationship. Reluctantly pulling her ex-girlfriend into the middle of it, the project reignites a fiery passion between the two women but it also reminds them why they decided they could no longer be together. The short whizzes by at a breezy pace and it’s an engaging start.

The tone changes significantly for German film-maker Esther Bialas’ coming-of age tale ‘Tumbling Birds. Focusing on young girl Svenja, Bialas looks at what peer pressure and bullying can drive a child to do. Svenja is bullied by the popular kids who call her a ‘lesbo’ and she finds an unlikely friend in the school janitor, who introduces her to his pigeons. When the head of the popular gang shows interest in Svenja, she’ll do anything to fit in and her behaviour quickly falls into a destructive cycle.

French film-maker Marie Jardillier shines a spotlight on coming out in her short ‘Among the Mermaids’. It’s not your typical coming out story though as the central character Marion just happens to have fallen in love with a woman, something that appears to have taken her a bit by surprise too. As she gathers with her friends, she plucks up the courage to tell them but has no idea how they might react. It’s an endearing exploration of how even the closest of friends can keep secrets from one another and how you can always be surprised, no matter how well you think you know someone.

‘Everything In Between’ from Swedish film-maker Rushema Vinberg is the boldest of the shorts here. Told almost in complete silence, it recounts an experience between two women who are intensely attracted to one another. We learn nothing about either women other than what we see unfold and at times it feels like you’re a voyeur, secretly watching an intensely private exchange.

The final short on the collection is Brazilian film-maker Leandro Goddinho’s ‘Piscina’, which finds a young woman trying to understand her grandmother’s past. Her search leads her to an old woman called Marlene who is a recluse but has kept memories inside an empty swimming pool. As the two women converse, Marlene’s stories show the woman’s grandmother in a new light and uncover a struggle that she never knew about. This short is a reminder of just how much harder past generations had it when it came to being gay and makes you feel fortunate that we’ve made the progress we have.

‘Upon Her Lips: Pure Feels’, like its male counterpart series, is a really enjoyable watch. These five stories are so important and they really do allow you to spend time exploring what being a lesbian is like for women in different parts of the world, and at different stages of their life. There isn’t a dud among the five presented here and you’ll likely go through a range of emotions as you work your way through them all.