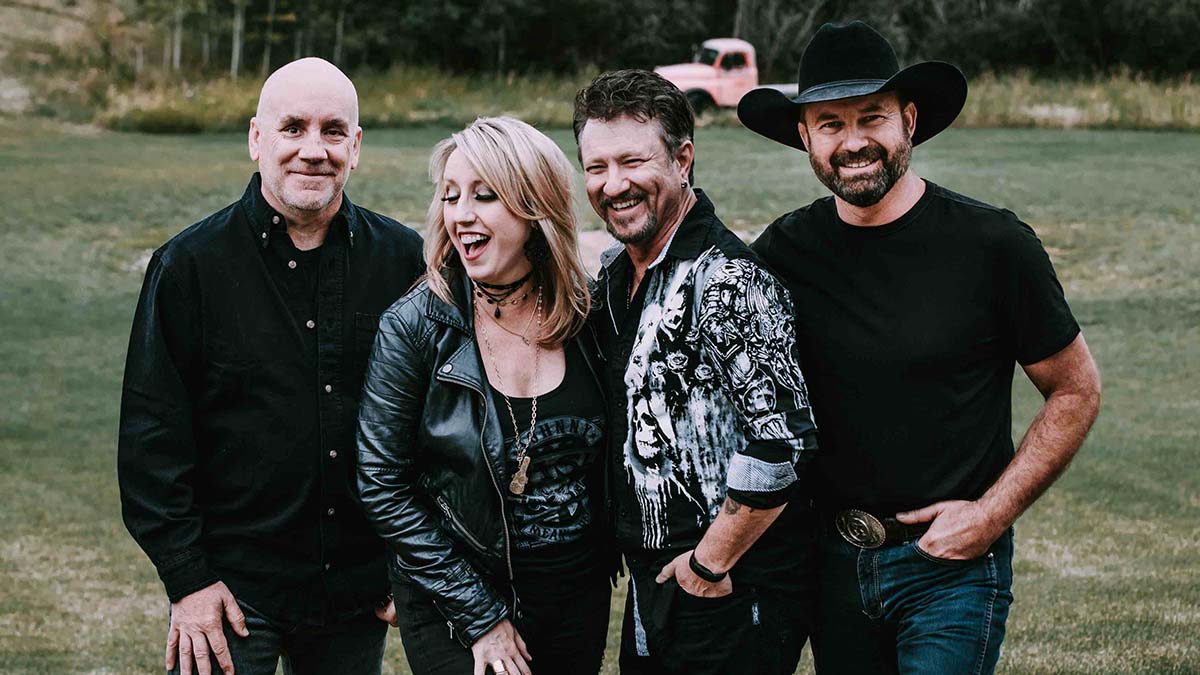 I caught up with Renegade Station to find out more about the single, talk about the impact of the pandemic, and to discuss their origins…

You’re releasing your new single ‘Free Free Free’ in April. What’s the story behind the song?

One of the coolest things about being in the World Music Industry is the opportunity to receive new music, ideas, and thoughts from some of the best in the business.  When we initially listened to “Free, Free, Free”, the first thing that hit us was the recurring message ‘The Best Things In Life Are Free’.  Since COVID hit us on a global scale, that message has never become more true…The best thing that we (as a global entity), can take from the devastation that was 2020, is the experiences and memories we’ve created over the past year. Because so much of our time we were all isolated or socially distancing, it forced us to focus on the little things, and re-evaluate what we find important or unnecessary.  ‘Life Is What You Make of It’ may be a cliché, but it has been a lesson we’ve been honored to represent with this song. During our pre-production, we took the song and elaborated the score from the original demo, broke the vocals into a duet, and added the harmonies that have been a call-sign of our Renegade Station sound.  By the time we hit the studio with it, we were eager to “get it on tape” and share with the world.

What are your plans for new music in 2021 after this single?

We always have a song “in the works”!! We’ve been continually working on and polishing our material, and always have a couple of projects on the go. If this release does well, and we’re confident that another release will be a representation of how we want people to perceive Renegade Station, we will share at that time.

The pandemic has been hard for everyone, and it’s really impacted on artists. How have you battled through it and remained creative?

Because we have such an organic approach to performance, it’s been difficult to keep challenging ourselves creatively. Keeping in contact with each other through text, email, and the live streaming platforms have really helped us play/sing together and remain current and creative. Of course, as often as health regulations would permit, we would take every opportunity to get together and jam… it seems when we play together (live), we are always at our best!

Artists have been forced to write over Zoom. Is that something you’ve had to do and how did you find it?

We are definitely no stranger to working with other artists over a variety of audio/video platforms. For years we’ve been using FaceTime and Skype for either song writing, business meetings, or for production/vocal assistance. Since the beginning the number of apps and streaming platforms has skyrocketed. It seems lately that the biggest hurdle is making sure that there is enough bandwidth available to have a quality presentation, no matter what the reason. It seems to be the way of the future, and we’ve been lucky enough to embrace it from the beginning.

For those readers who are meeting you for the first time, tell us the origins of the band and how you got together.

We all come from a small town in the center of Alberta, Canada…Stettler (approx. population 6000ish). During our formative years, we were brought together as the backup band for an annual charity show. After a couple of years of learning 40-50 new songs for a single weekend event, we decided to start booking and playing gigs together. We became the go-to group for nearly every local event around and started building a following, even releasing some original music. When we decided at last to start working “smarter, not harder” we joined with Sirroma Entertainment where, under the tutelage of Angie Morris, we honed our sound and stage presence and eventually rebranded as Renegade Station

Where did the name ‘Renegade Station’ come from?

As is the case for most artists and musicians, we’ve always known that we weren’t entirely normal… there is usually a knowledge that most other people don’t necessarily think the same way that we do. In fact, the definition of renegade includes “an individual who rejects lawful or conventional behavior”. When we analyzed the meaning, it seemed to fit like a glove! The “Station” part of our name pays homage to our hometown of Stettler, which is home to Alberta Prairie Railway Excursions and their steam and turn-of-century locomotive tours.  We are proud of our town, county, and family and strive to be ambassadors for the finest place to live in Canada (In our humble opinion.. LOL!).

When you’re able to, will you be heading over to the UK for some live shows?

It’s always been a dream of ours to be able to play for an international audience.  At our shows across Canada, we seem to constantly meet people and gain fans from around the globe (and especially Europe). Seeing how Russ’ family came from Brighton, England (his mother immigrated to Canada as a young woman – he and Luanne are no stranger to the UK) and Kent has family to meet in Enniskillin, Northern Ireland, it’s definitely a destination for us!

What else do you hope to achieve this year?

Right now we’re anxiously waiting to see if we can play some live shows again.  Canada has such a myriad of summer festivals and shows ranging from small town rodeos and fairs to the Calgary Stampede. We’ve been fortunate to play nearly every style of venue and have developed a very serious addiction to getting feedback at live performances. There’s really nothing quite like it. If we are able to travel, tour and perform across North America and beyond, you’re going to see 4 happy campers!

Renegade Station’s new single ‘Free Free Free’ is out now to stream and download. Take a listen to it below: