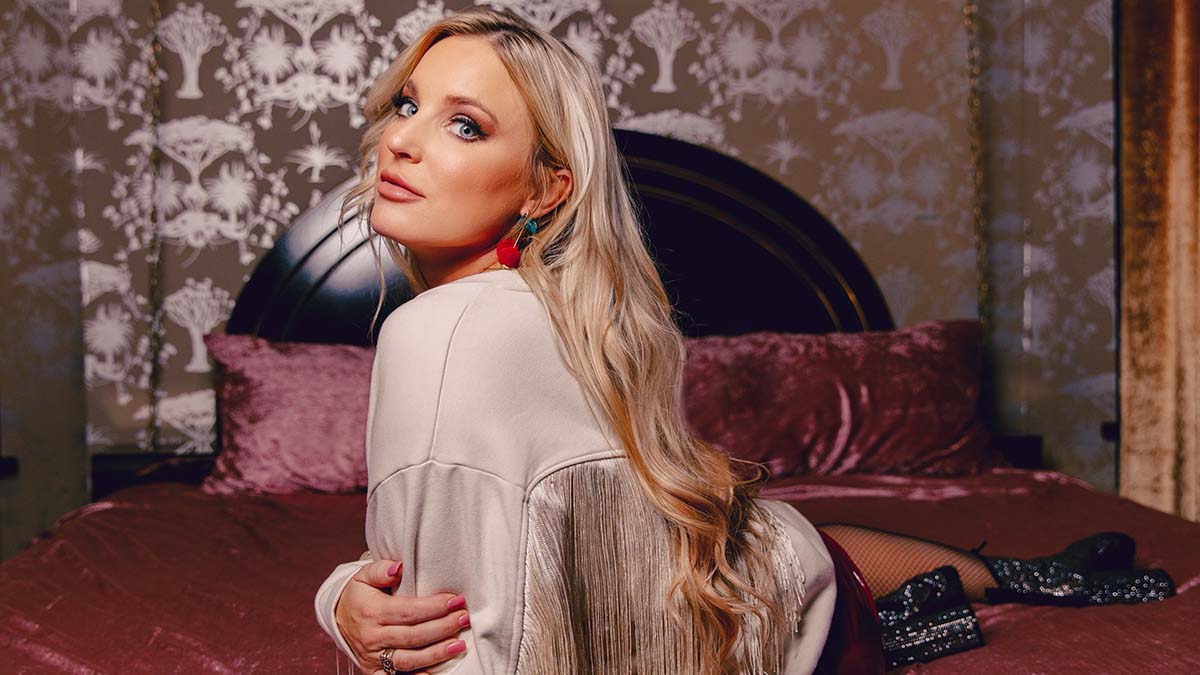 Country newcomer Callie Twisselman grew up on her family’s seventh-generation grain and cattle ranch in California.

From a young age, Twisselman became hooked on Country music and set her sights on becoming a singer. At age 15 she was writing her own songs and playing guitar and then in 2017 after trips back and forth to Music City, she permanently moved to Nashville.

Today Callie releases her debut single ‘Two Hands’ and I caught up with her to find out more about it, discuss her journey to this point, and talk about the pandemic…

Your debut single ‘Two Hands’ is out today. What’s the story behind the song and why did you choose it as your debut?

‘Two Hands’ is a song about a girl who is unapologetically herself. And even though she can be a handful at times, her man accepts her and loves her just the way she is. It’s just a fun, upbeat, feel good tune, and that’s why I’m releasing it as my debut single. It lifts people’s spirits and I really think that’s what everyone needs right now, some positivity that can be found in a light hearted, great song!

You worked on the song with producer Aaron Pearce. He’s got a very impressive list of credits to his name. What was he like to work with and what have you learned from him?

Working with Aaron Pearce on this song was so fun! He is an amazing producer with a magic touch. He really knows how to take a song and make it have that catchy hook/beat that draws you in and you can’t help but sing along! He has definitely taught me a lot in the studio and how to make a good song great!

What’s your plan for music beyond ‘Two Hands’?

My plan for music beyond ‘Two Hands’ is that I will be releasing more music to follow throughout the year and then setting some tour dates for hopefully the end of the year.

When did you know that music was something you wanted to pursue as a career?

I was about 10 years old when I knew music was what I wanted to do. My mother was a local country singer in a band so growing up watching her perform was so inspiring. I decided to start singing the national anthem anywhere I could. Everything from my siblings’ high school sport’s events to rodeos and fairs, I was hooked.

Which artists have you drawn inspiration from when you’ve been finding and honing your own sound?

The artists that I’ve drawn inspiration from when honing and finding my own sound are Shania Twain, Dolly Parton and Miranda Lambert. I grew up listening to Shania and always loved the artistry behind her music. Not only did she have great songs but she was a fashion icon! And Dolly, everyone just loves Dolly! From her amazing songwriting talent, to her ability to draw people in with that bubbly personality really inspire me, plus she’s so smart! Definitely a business woman I can learn from. And Miranda’s sassy, I’m just myself attitude is hard not to love, as well as her crazy good songwriting skills!

The pandemic has hit everyone hard. How have you managed to stay creative during the past 12 months?

Staying creative during a pandemic has definitely been different. Like with songwriting for instance, in order to write some amazing songs you usually gotta go live some life and create those stories to tell. But when you are stuck inside and can’t go anywhere you kinda gotta pull what you can from past experiences or the people around you. Another thing that was interesting was zoom co-writing, which took a little to get used to. But all in all, a pandemic isn’t gonna stop a creative mind.

You grew up on a ranch in California and you moved to Nashville in 2017. What was the change like and how did you adjust?

Growing up on a ranch in California to moving 2,000 miles away to Nashville Tennessee was definitely a culture shock. I mean I went from my middle of nowhere town to music city! It was so neat though and really a growing experience for me and my music. I wrote about as many songs the first month of living there as I did in a year in California. There’s just something about the town that is so inspiring.

My hopes for the rest of 2021 are that touring starts to really open back up and I can get out on the road and meet all of you!

Callie Twisselman’s debut single ‘Two Hands’ is available now. Take a listen to the song below: