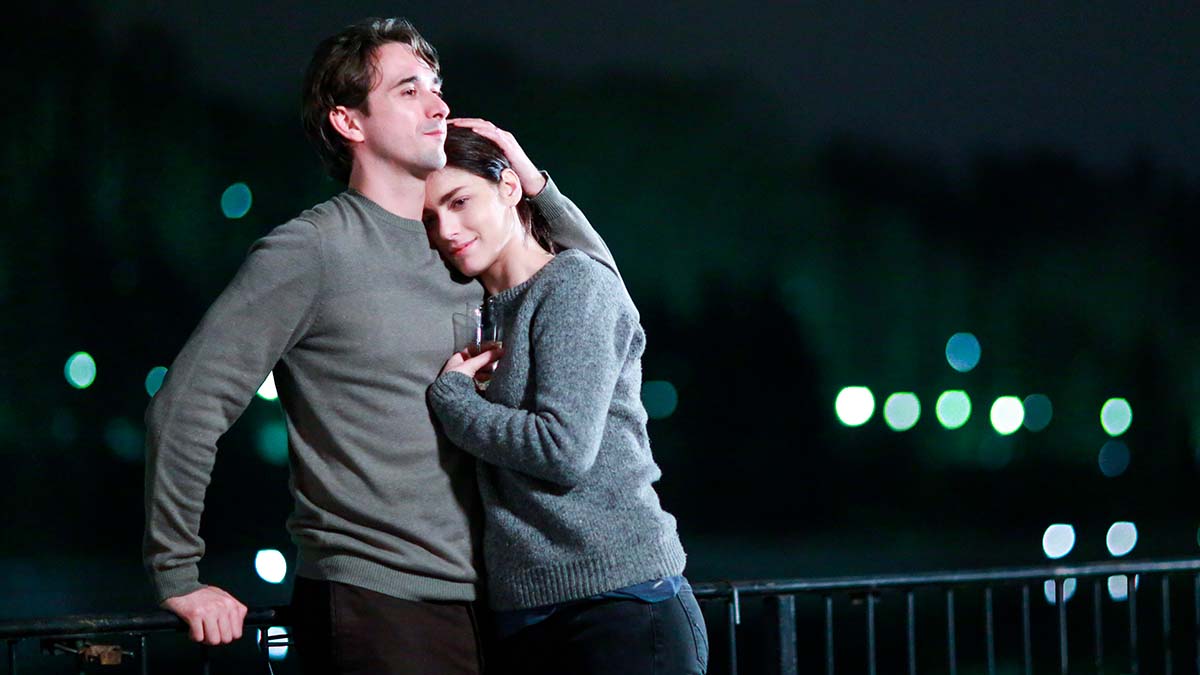 An alternative title for this show might have been ‘Fifty Shades Of Grey’, had it not already been taken. Because this Italian crime show is so devoid of colour, it’s like watching a black and white television. You think of Italy, you imagine sunshine, beautiful architecture, exuberant, loud, joyous people eating wondrous food. But this show depicts a very different Italy – industrial, monochrome, sombre and introverted – it’s nothing like the travel brochures.

Ironically enough, there is beauty in the show – Detective Valeria Ferro, played by a former Miss Italy, Miriam Leone, has super-model looks. But there was one stage during the opening episode when her face looked almost corpse-like – her grey pallor, dark eyes and emotionless expression blending in with the colourless and dreary surroundings. We’re used to foreign crime drama with strong, attractive female leads – Sofia Helin in ‘The Bridge’, Sofie Gråbøl in ‘The Killing’ and Caroline Proust in ‘Spiral’ – but they all have a bit of gumption about them. Sadly, Valeria – troubled as she is by a very traumatic past – has none of that energy or passion. And after a while, that becomes tedious.

The opening episode of this third season features the story of a rural farming family – husband, wife and their daughters. They originally had four girls, but one of them apparently committed suicide some time before. When her twin sister also dies in suspicious circumstances, Valeria and her team are brought in to investigate.

And so begins the usual roundabout of suspects who are drilled – fairly ineptly, it must be said – by Valeria and her team, only for them to found innocent, whereby suspicion falls on someone else. In this case, we have a philandering boyfriend, an over-attentive uncle and a jealous sister – all are put to the sword, before a curious and not entirely satisfying conclusion reveals the true course of events.

Meanwhile, there is the back-story of Valeria’s trouble past – the death of her mother and her sister’s accident that’s left her in a wheelchair. And there is her love interest with a male colleague – the only time in the opening episode where Valeria cracked a smile was a brief intimate moment with him.

If you’re hoping for an Italian drama like ‘Montalbano’ – all blue skies, blue seas, fabulous food and scenery – you are going to be so disappointed. Turin – the location for this show – is nothing like one’s traditional view of Italy. Of course, there’s nothing wrong with depicting the dirty, grimy side of life, rather than focussing on the classical beauty of Rome or Florence. Hats off to the show’s creators for not taking the easy option of going with somewhere more aesthetically appealing. But ultimately, this show really is hard work.

If you enjoyed the first two seasons – and plenty of people did, as it was one of Walter Presents most popular of shows – then no doubt you will continue to enjoy S3. But for the casual viewer, there are more entertaining and engaging shows out there, in my opinion.

Advertisement. Scroll to continue reading.
In this article:Thou Shalt Not Kill, Walter Presents