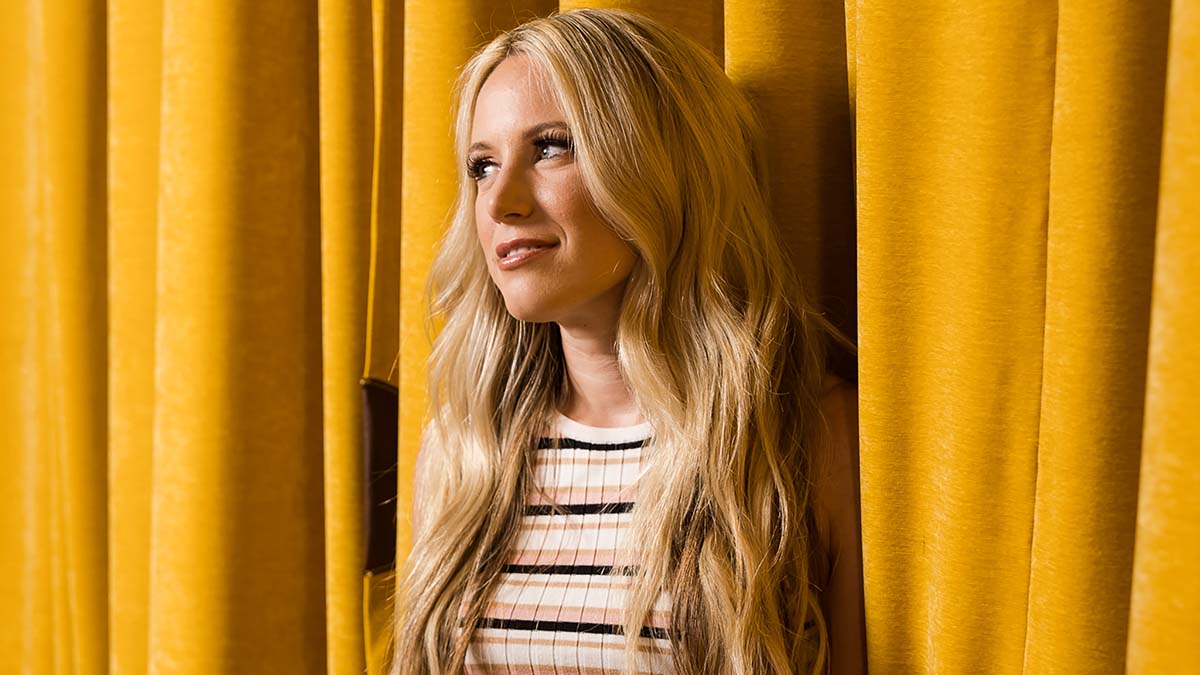 Today, Lamb releases her new single ‘When I Remember You’, a song she describes as a ‘positive break-up song’. The song is the first of a few planned for 2021 as Lamb aims to open herself up more to her fans and show them a new side of her.

I caught up with Kelsey to talk about the meaning behind ‘When I Remember You’, discuss her busy 2020, and to find out what her plans are for the rest of 2021…

Your new single ‘When I Remember You’ is out today. Tell me a little bit about this track and the story behind it…

I wrote ‘When I Remember You’ you with my fiancé Taylor Goyette and our good friend, Chris Perfetto. We wrote this song almost a year and a half to two years ago at this point. Chris had this title and honestly, I feel like the inspiration was between the three of us. We all had different stories to put into this song, which is always really cool. To pull from everybody’s experiences at the end of the day makes the song more relatable. I hate to say it’s a positive breakup song, but it’s a positive breakup song. It’s about reflecting on a relationship that you’re over, or maybe that you got out of because it was just that was the right thing to do, but you can look back on it and you have great memories from it, and you grew from it. It’s a positive experience. I’m excited to put it out because I don’t love bashing breakup songs. I’m excited.

It’s refreshing to hear a song with this spin as it’s easier to write the angry, bitter breakup songs. Was it challenge to find those upsides?

Honestly, I don’t remember it being difficult. I think we wrote it pretty quickly. I am the kind of person that loves to see the bright side of things so it’s always been easier for me to be more reflective than angry.

You released a lot of singles in 2020. Is ‘When I Remember You’ the start of a new project? What’s your plan for music this year?

The plan is to keep up what I started last year. I released a lot of music. I want to keep up releasing every six to eight weeks. I have written a lot of stuff that I’m just in love with. I think you’re gonna see a lot more reflective songs from me this year. I feel like I’m growing up a lot right now, especially with quarantine, I think we’ve all grown up a lot and been forced to. It’ll be more of my story that people haven’t heard yet.

You kept very busy during the past 12 months by releasing lots of new music. Some artists have found this time very challenging and it’s really impacted on their creativity. What’s been your experience?

It started really hard. I released a song, ‘Talk To Me, a week into shut down when we didn’t know what’s happening. That song came out right then and I almost cancelled it because I was like, ‘is this inappropriate?’ I didn’t know how to handle (it) and I think a lot of people just didn’t know what was appropriate to do. I ended up putting it out and it ended up, honestly making my year easier. I just broke through the awkwardness of the shutdown and just tried to keep pushing through. At the end of the day, everybody needed music during all this because it’s so healing and it makes everyone feel not alone. I kind of thought it was easier. If I had relied on playing live music this last year, it would have been very difficult but I was lucky to have all this music ready. I didn’t have to go into the studio. I didn’t have to do any of that. I had it all just lined up and ready to go. It ended up being a fairly easy, well nothing about it was easy, but easier than expected year for me.

You mentioned this year that your fans are going to hear a more reflective side. Is that something that’s come out in the writing during the past 12 months?

Yeah, I think that because we weren’t able to live a normal life we were all just looking back on what had been. It was easy to be a little bit more reflective this time around.

Where do you stand on Zoom writes? This has been a hot topic with artists the past few months…

I hate them. I don’t play an instrument so I’m kind of the odd man out when Zoom writing. I’m just hanging in the wings with ideas and random lyrics because I’m not holding the instrument. We’ve gotten back to face-to-face for the most part, not everybody, but with the vaccine it’s been nice to jump back in. But yes, I hate Zoom. (laughs)

It’s great that you’re getting back to face-to-face writes. Is the live side of things opening up again for you now?

Yes. It seems like places are just diving in now that they’ve gotten the greenlight to work with the COVID restrictions on venues. I’ve been booking a lot of shows but through COVID once things loosened up, I started playing probably back in August. I’ve been playing in Nashville because of the bars have all acoustic, smaller gatherings but it’s been really nice to not play to my Facebook Live as much. (laughs)

Did you find performing to a virtual audience quite strange?

Yeah. It’s hard because a lot of us were writing a lot over quarantine and in Nashville we play a lot of writer’s rounds. That’s when we get feedback about our new songs we’ve written and we decide what hit right and what people didn’t respond to. Over Facebook Live, I tried to do that but there was delays and you don’t know what people like. It was weird. I’m thankful that we had it though. It kept us moving and kept us connected to people. It was a blessing.

I am. Yes. I got engaged in December.

Have you had time to plan that whilst things have been quieter than normal?

Yes, I have. I don’t know how to plan a wedding so I’m just I’m winging it but we’ve been diving into that. It’s kind of nice because with COVID we all learned to gather in smaller groups. I think if I had planned a wedding two years ago, I might have invited 500 people. I feel like we’ve all considered who is the closest to you, who is important and who can you not do things without. It’s been nice to keep it as a smaller event.

Do you have plans to come over to the UK and take your music international?

I hope so. That is a huge goal of mine. I book all of my own shows and I was starting to talk to small bars and restaurants over there (before the pandemic) and obviously that all stopped. I’m hoping in the next six months to a year to be able to jump back into that world. That would be amazing.

What else are you hoping to do this year?

Hopefully as many shows as I can, and keep writing, and hopefully just living more of a normal life again (laughs. That’s my hope for 2021, just normalcy.

Kelsey Lamb’s new single ‘When I Remember You’ is out now to stream and download. Take a listen to it below:

Advertisement. Scroll to continue reading.
In this article:Featured, Kelsey Lamb