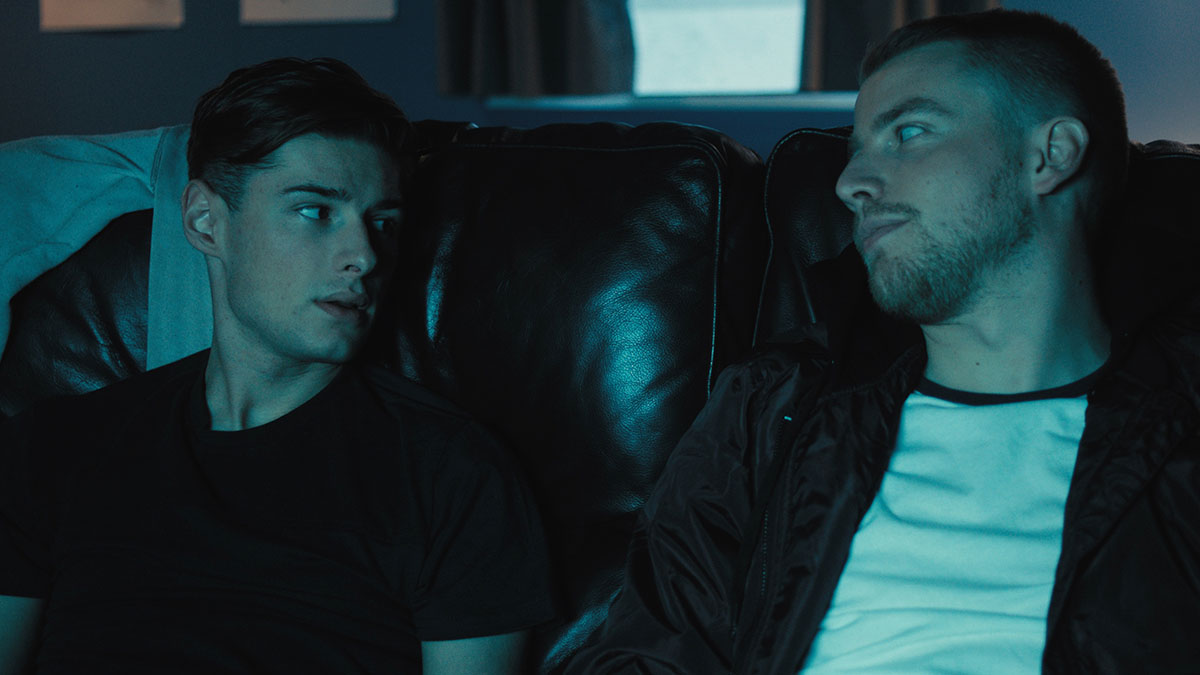 The opener is Gustav Olsson’s ‘Spiral’ a short that explores a relationship between two men that is derailed by drugs. Karim (Alexander Abdallah) and Dan (Emil Lindberg) are planning a trip to Argentina when Dan leaves the couple’s apartment and disappears. That plunges Karim into the seedy underworld of Malmö, where he finds out exactly what his boyfriend has been getting up to. With drugs rife in parts of the gay community, ‘Spiral’ is a sobering reminder of how easily it can get out of control and the devastating effects it can have on the lives it impacts on.

‘Floating Melon’ by directors Roberto F. Canuto and Xu Xiaoxi transports you to Chengdu in China where a young man has had a night of fun and passion, that winds up in tragedy. Set against the backdrop of a bustling city where the authorities are seemingly on every corner, the short throws you into a paranoid world where no one can be trusted and dire consequences await the central character.

The third film on the collection is the strongest, UK director Dean Anderson’s ‘Poof’. 18-year-old Aaron (Aiden Nord) meets handsome Mike (Miles Higson) at a house party. After spending the night chatting, Aaron is taken by surprise when Mike kisses him. At first panicked, Aaron decides to explore his feelings for Mike but has to keep them away from his conservative father who disapproves of homosexuality. For me, the short resonated strongly with my own experiences of coming to terms with my sexuality at the same age, and I couldn’t help but be affected by Aaron’s story and decisions.

Nicolas Graux’s ‘After Dawn’ was my least favourite short on the collection. Telling the story a man who believes himself to be over his feelings for another man, the short reunites the two men and the long-buried feelings begin to surface. This one left me a little cold, mainly because I didn’t feel there was the character development there for me to properly invest in the two central characters.

Faring much better is the collection’s final short ‘Night of Love’ by Israeli director Omri Loukas who also stars as lead character Yonatan, a young man who has abandoned the army to be with his ex-boyfriend. Arriving in Tel Aviv, Yonatan is rejected by his ex and he connects with an older man on a hook-up app. When he gets to the man’s flat, he discovers he’s walking into a sex party where all of the men are positive but they insist they can’t infect him and refuse his request to wear protection. The short captures the self-destructive nature of Yonatan as he makes poor decisions while in search of human connection.

‘The Male Gaze: Nocturnal Instincts’ is the darkest in the series yet and it’s a real eye-opener at times. Taking comfort in just how normal and hassle free my own life is, it’s interesting to see the perspective of other gay men from around the world. Everyone’s experience is different and this collection really drills down into the darker side of being gay, and the pressure that societies continue to put on young men just trying to live as their authentic selves.