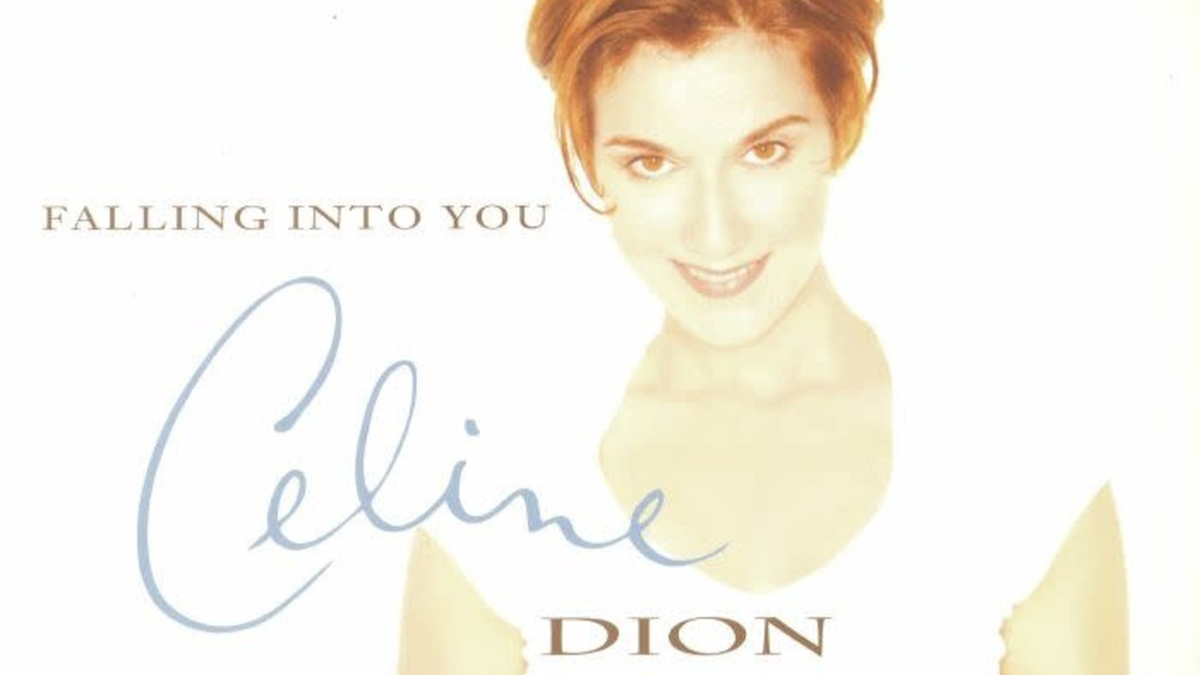 Can you believe it’s a whole 25 years since Canadian powerhouse vocalist Celine Dion released, for me, the best album of her career ‘Falling Into You’? Come with me now as I take you back to 1996 and belt out a few classics along the way.

If 1994’s ‘Colour of My Love’ introduced the UK to Celine, it was the follow up ‘Falling Into You’ that really cemented her superstar status. The title track was our first taster of the album and the first of five singles (all but one a Top 10 hit). Released in March 1996, this mid-tempo track instantly feels like it has a veil of mystery as it seductively builds to the bridge before a more subtle chorus than we were perhaps expecting from Celine. It’s a delicate, subtle track which combines percussive beats with strings and even a bit of sax to lend it an exotic feel. It peaked at Number 10 on the UK charts. To celebrate it’s 25th anniversary a remastered version of the video has just been released and you can watch it below:

‘Falling Into You’, the album followed quickly after and went straight in at No.1 on the Official UK Album Chart, it’s only week at the summit, but the start of a combined 79 weeks in the UK Top 40 (some 41 of which were spent inside the Top 10).

The second single, ‘Because You Loved Me’, was another delicate mid tempo ballad that was used as the main song from Michelle Pfeiffer and Robert Redford movie ‘Up Close and Personal’. The track was written by Diane Warren and shows Celine’s softer vocal range building to her powerhouse in the middle 8. It peaked at Number 5 on the UK’s Singles Chart and was also nominated for an Oscar for Best Original Song being beaten by Madonna’s ‘You Must Love Me’ from ‘Evita’.

Next came my all-time favourite Celine song, ‘It’s All Coming Back To Me Now’ which peaked at No.3 in October of 1996. There’s no doubt it was written by MeatLoaf’s long term writer/producer Jim Steinbeck as the overly dramatic intro feels like we’re at Phantom of the Opera before Celine’s vocal bursts in ‘There were nights when the wind was so cold.’ and the choir of backing vocalists give us a ‘for-ehhh-ver’. It’s dramatic, it’s camp and it’s passionate and I bloody love it – in fact it’s my favourite karaoke song to murder on the rare occasions I’m drunk enough to agree to a sing song. Meatloaf had wanted to record the song but Jim wanted a female vocalist, he did eventual record his own version of the track for his ‘Bat out of Hell III’ album in 2006 as a duet with Marion Raven, but I know which version I prefer!

The fourth single was a cover of Eric Carmen’s 1975 power ballad ‘All By Myself’ which gave Celine the opportunity to really showcase her robust singing chops. Not a dry eye in the house by the time she’s finished this epic ballad! Whilst promoting her recent ‘Courage’ album, Celine told Andy Cohen on his ‘Watch What Happens Live’ show that ‘All By Myself’ producer David Foster apparently sprung the song’s famous high note on her when they were in the studio telling her if she couldn’t hit it someone else will do it. That fired her up to show him how it’s done. It reached no.6 on the Official Singles Chart in December 1996.

The final single has a special place in my heart as perhaps a forgotten single, suffering the fate of being the fifth release from an already best-selling album and being released six months after the previous single. ‘Call the Man’ was written by Peter Sinfield and Andy Hall who wrote ‘Think Twice’ from Celine’s previous album and produced by Jim Steinbeck; the perfect combination. It just missed out on the Top 10 peaking at no.11 in June of 1997.

Elsewhere on the album Celine gives her versions of Ike and Tina Turner’s ‘River Deep, Mountain High’ and Aretha Franklin’s ‘(You Make Me Feel Like) A Natural Woman’ – both done with power. There’s some reggae-lite on ‘Make You Happy’ and an English language reinterpretation of her french track ‘Pour que tu m’aimes encore’ in ‘If That’s What it Takes’. At 16 songs long it’s a great mix of tempos all strung together with a theme of love and Celine’s unmistakable voice. The album has now been certified 7X platinum in the UK making it her biggest selling UK studio album to date, it is still a great sing-a-long album today.

Share your memories of this album with us @entfocusmusic

In this article:Celine Dion, Classic Albums