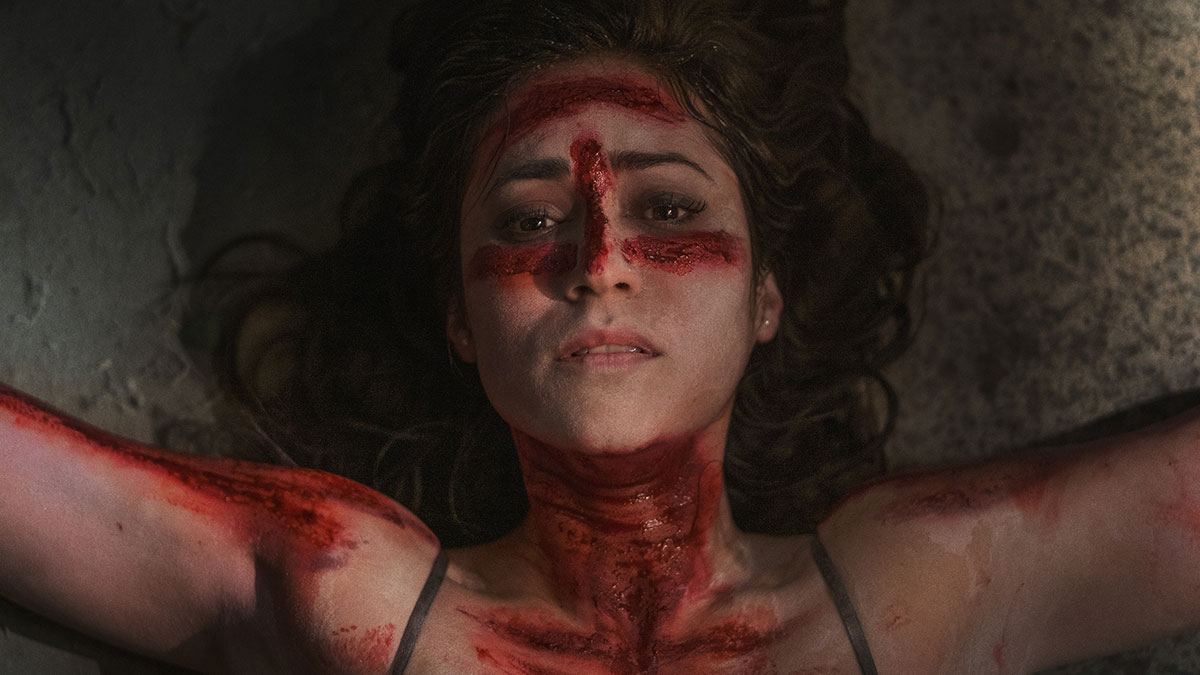 Journalist Cristina (Brigitte Kali Canales) travels back to her home town of Veracruz to investigate a cave known as ‘La Boca’ for an article. She’s kidnapped by witch Luz (Julia Vera) and her son Javi (Sal Lopez) and held captive in their home. Confused as to why she was targeted, Cristina reunites with her estranged cousin Miranda (Andrea Cortés), who explains that they believe she is carrying a demon inside her. Cristina is convinced they are mistaken but Luz puts her through a series of increasingly terrifying rituals to cast the demon out.

‘The Old Ways’ is a new take on the exorcism sub-genre that has been a popular staple of the horror genre for decades. Mixing the supernatural with elements of human drama, Marcos Gabriel’s screenplay is an exploration of a young woman who is battling demons both literally and psychologically. It doesn’t take long for the film to confirm that Cristina is indeed carrying a demon but viewers also come to understand that she’s harbouring a secret drug habit too, that potentially stems from a traumatic childhood experience.

The film is strong in the first half as Cristina battles against her captors. She’s force-fed goat’s milk and has to endure some truly horrific rituals, initially adamant that they are wrong about their suspicions. Things take an interesting turn when Cristina begins to co-operate with her captors and it’s a big character moment as she stops running away from her problems and takes a much-needed look inwards. The parallels between the fight against the demon inside her and the drug problem that’s taken control of her life, are evident throughout.

The second half of the film isn’t quite as strong. There’s a plot switch that I’m not sure we needed, but the film brings things back together by the end. A strong performance from Brigitte Kali Canales as Cristina holds the film together, and even in its most unbelievable moments you root for her. She’s ably assisted by Julia Vera as the mysterious Luz and Andrea Cortés as Cristina’s human anchor Miranda.

‘The Old Ways’ is a tight and interesting 90-minutes. Credit to director Christopher Alender and writer Gabriel for trying to do something different with an exorcism story, and while it may not hit every mark, it does hit most of them. With some truly scary moments and some fantastic special effects, ‘The Old Ways’ is a good old-fashioned horror that does what you want it to before the credits roll. It may not be wholly original but it’s plenty entertaining.