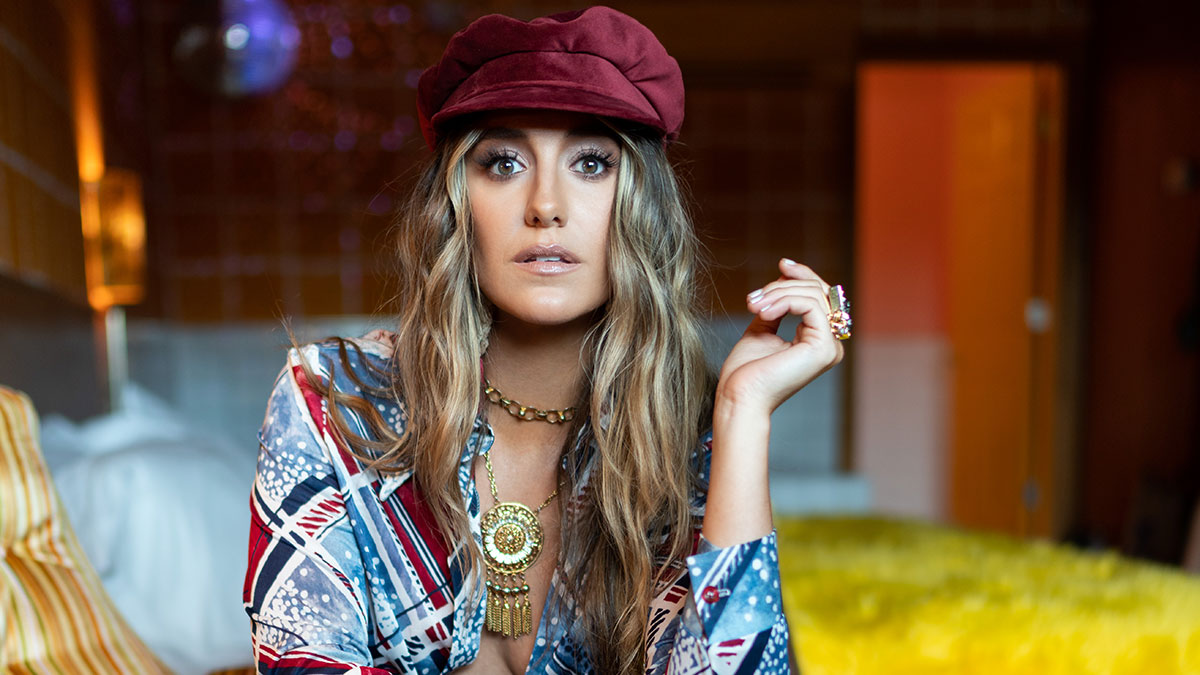 Louisiana native Lainey Wilson grabbed the attention of UK Country music fans in 2018 when she stole the show during Country Music Week. Providing support for Chase Rice, Wilson was the person everyone was talking about at the end of the night. She was last in the UK supporting Josh Turner at Union Chapel in 2019 and since then, like all artists, she’s been unable to tour thanks to the on-going global pandemic. That’s not stopping her putting out new music though and today, Wilson release her eagerly-awaited album “Sayin’ What I’m Thinkin’”.

An artist that sings and writes from the heart, Wilson has become well-known for her honest songwriting and speaking her mind. In my recent interview with her, Wilson explained that the title of this album became a measure for which every song had to pass. If the lyrics weren’t her saying what she was thinking, then they didn’t make the cut. The four songs from Wilson’s fantastic ‘Redneck Hollywood’ EP are included here along with the subsequent singles ‘WWDD’, ‘Rolling Stone’, ‘Sunday Best’ and ‘Small Town, Girl’, along with the recently unveiled ‘Neon Diamonds’.

‘Neon Diamonds’ opens the record and it’s a joyous rock-tinged Country anthem that allows Wilson’s distinctive voice to breathe. With Jay Joyce on production duties (for the whole album), Wilson has a gifted producer that understands her unique abilities as a vocalist. Mixing feistiness that Dolly Parton would be proud of and the kind of grit that’s made Miranda Lambert a household name, Wilson truly is a force to be reckoned with. Over the 12 songs on this record, Wilson leaves no stone unturned, showcasing all sides of what she can do and blowing your mind at the same time.

‘Things a Man Oughta Know’, one of the best songs Wilson has released so far, is an early highlight. With a traditional Country arrangement, the song finds Wilson listing the things that she expects from a man. It’s a classic slice of traditional Country that really showcases Wilson’s voice and her ability as an emotive songwriter than can easily connect with the listener. On the funkier ‘Small Town, Girl’, Wilson swaggers her way through crunchy guitars before exploding into a huge chorus, while on the straight-talking ‘Pipe’, electric guitars and a strong drum beat provide the backing for a series of frank lyrics.

The stand out moment, for me, comes mid-way through the record on the steamy ‘Dirty Looks’. Wilson tells the story of a couple whose PDA gets them plenty of attention over seductive rhythms. The lyric is a little different than what fans have heard from Wilson and it’s certainly a ‘reach for a fan’ moment as things get hot under the collar.

Elsewhere on the album ‘Keeping Bars in Business’, a song that feels more relevant during the pandemic than it was perhaps meant to, celebrates the importance that drinking establishments play in our lives, and the ridiculously catchy ‘WWDD’, looks to the Queen of Country music Dolly Parton for life advice. In the final stretch of the album, ‘Rolling Stone’ takes on a more contemplative tone stepping towards Americana, and album closer “Sayin’ What I’m Thinkin’” dials down the tempo, and the production, for three minutes of good old-fashioned honest storytelling.

“Sayin’ What I’m Thinkin’” is a strong record from Wilson. Sure it may feature plenty of songs that fans have heard before but together as a full body of work, it flows with impressive cohesion. It’s also an example of why Country radio does a huge disservice to female artists because when the quality is this good, it deserves to be heard far and wide. Lainey Wilson has everything a breakout Country star needs and then some, and with any justice this will go down as one of the best records of 2021.