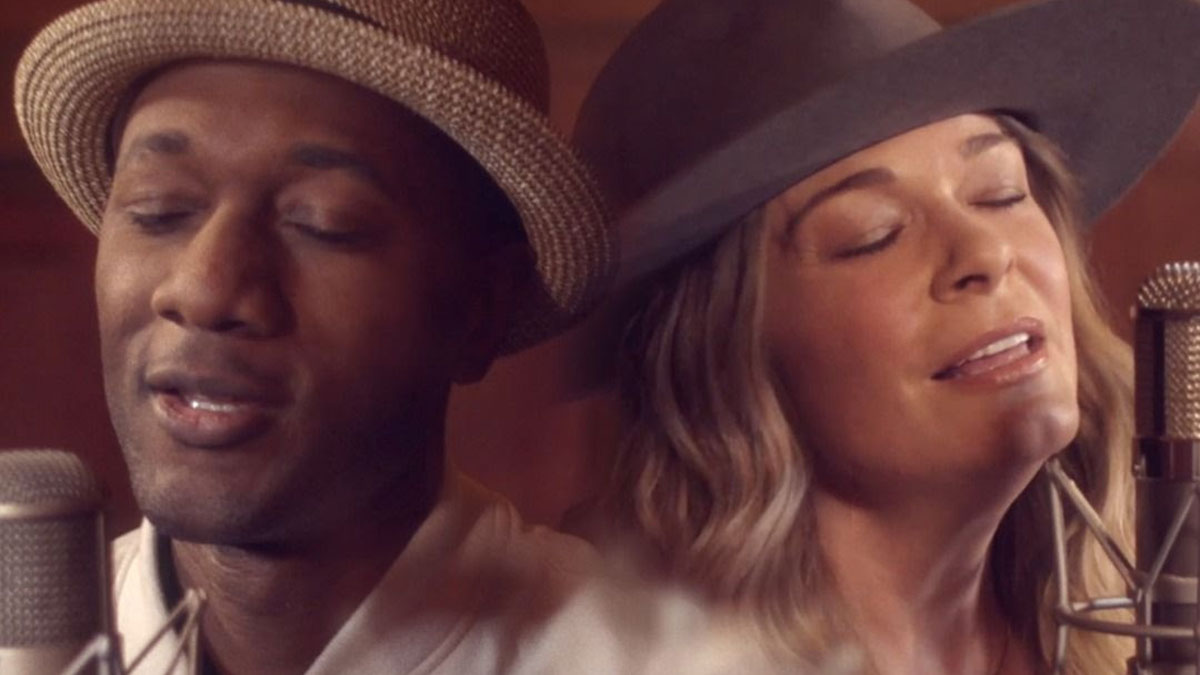 Aloe Blacc has released a new duet version of his song ‘I Do’ featuring LeAnn Rimes.

The new version of the track is a beautiful expression of love highlighting warm-hued vocals of cascading melodies and delicate harmonies. Blacc recently starred on ‘The Masked Singer’ in the US where he placed second behind eventual winner Rimes.

“I was excited to discover that, as the Mushroom, I was sharing the stage with LeAnn Rimes, as the Sun, on the Masked Singer. After our reveals, we decided to collaborate again and a duet of “I Do” seemed like the perfect song to share.” said Blacc

“It was a joy to sing with Aloe again. The last song we recorded together was “Spirit of Christmas” in 2015 for my holiday album, and we reconnected after our experience on The Masked Singer. “I Do” is such a beautiful song and couldn’t come at a better time. I always love creating with my friend and I’m happy we got to do it yet again.” said Rimes.

Alongside this new track release, Blacc is also sharing that a new deluxe edition of his latest album, ‘All Love Everything,’ will be available 12th March, featuring 3-new tracks – ‘I Do’ feat. LeAnn Rimes, ‘Other Side’ and ‘Missing Piece.’

In addition to being included in Blacc’s ‘All Love Everything,’ the new duet version of ‘I Do’ will also be featured on Rimes’ forthcoming studio album, ‘God’s Work’, to be released worldwide on 14th May.

The track list for ‘All Love Everything’ Deluxe is:

In this article:Aloe Blacc, LeAnn Rimes