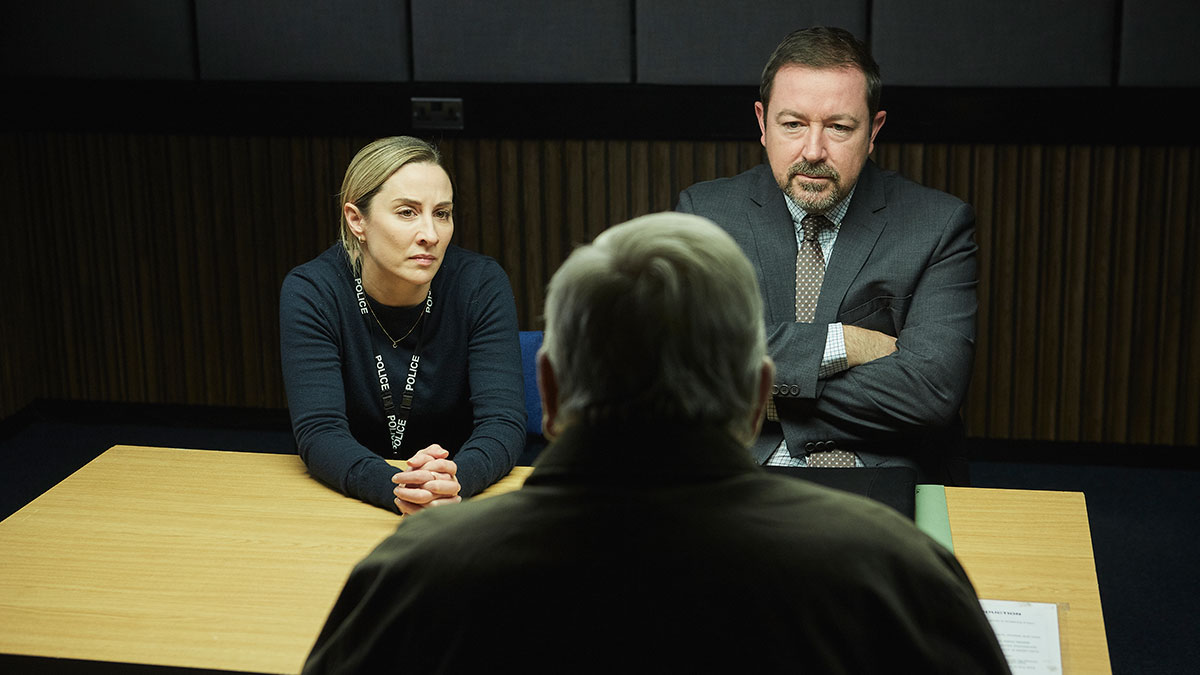 ‘The Bay‘ pulled on all the heartstrings tonight as the force lost one of their own.

Med (Taheen Modak) lost his life after being run over while following a lead on the Breakwater property purchases. Lisa (Morven Christie) rushed to his side but she was too late and she had to break the news to Med’s wife.

A new team began investigating Med’s murder and they questioned Lisa and the team to find out exactly what Med had been looking into. Lisa was careful what she said as it was clear they were trying to pin the blame on Tony (Daniel Ryan).

Elsewhere in the episode the team tracked down Stephen’s (Stephen Tompkinson) mystery woman and found out yet another secret the family was keeping, and Andy (Joe Absolom) wormed his way back into his family’s lives.

A rash decision unsettles Lisa, so throwing herself into her work, she pursues a new line of investigation, uncovering a secret with far-reaching consequences.  As the evidence against one suspect continues to build, a desperate Manning makes a choice that risks the integrity of the case.  Meanwhile, Penny’s words make Abbie question where her loyalties lie and Rob realises his newfound romance comes at a cost.

‘The Bay’ continues at 9pm Wednesday on ITV. The full series is available to watch now on ITV Hub. Preview the episode with our gallery below: