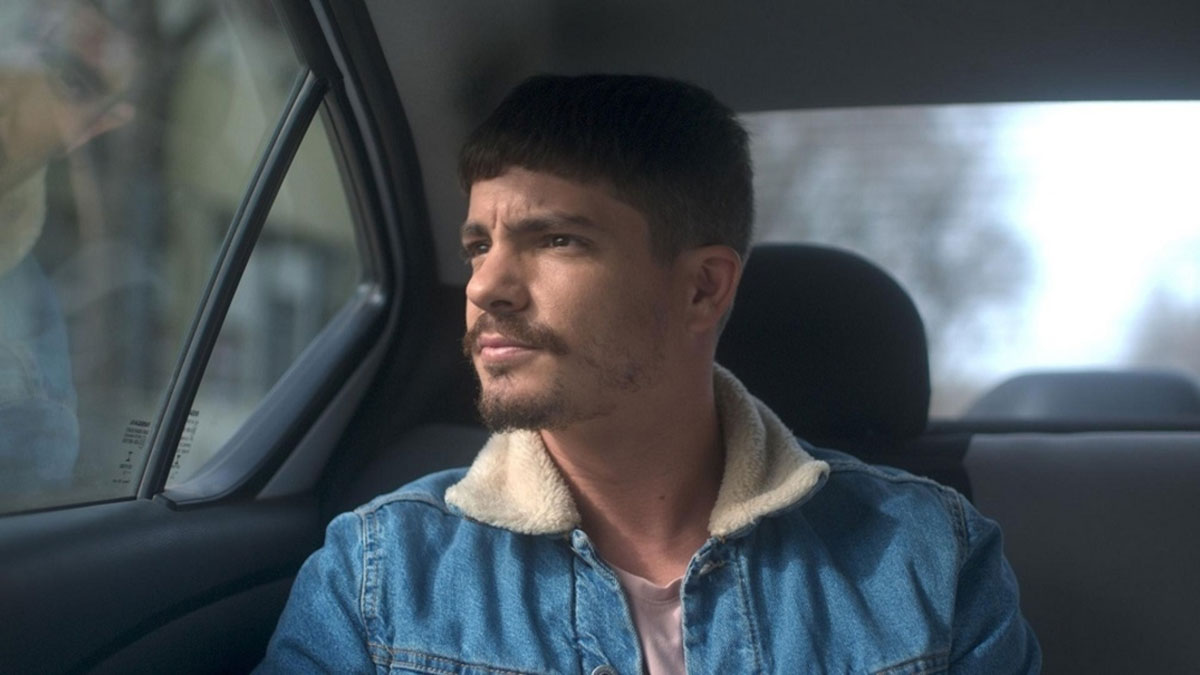 A Skeleton In The Closet - Trailer from TLA Releasing on Vimeo.

Manuel (Facundo Gambandé) returns home to visit his family with the intention of asking them for money so he can move to Denmark with his boyfriend. Estranged from his family since coming out, Manuel is surprised to be embraced by his mother Clara (María Fernanda Callejón) and father Luis (Diego De Paula), who are delighted to see him. Shortly after arriving, Manuel is dumped by his boyfriend and he falls into the bed of ex-teacher Martín (Lucas Ferraro), which causes him to question what he wants from his life.

‘A Skeleton in the Closet’ comes from writer and director Nicolás Teté, and it’s a charming and heart-warming film about a young gay man finding his place in the world, and in his own family. After coming out to his family on Christmas Eve, Manuel left his family without them having a chance to discuss his revelation and had been avoiding them ever since. His return home is an awkward one, especially as he wants to ask them for financial support, and he grows frustrated at his parents’ refusal to talk about or really acknowledge his sexuality.

Manuel is determined to force both of his parents to talk with him about his sexuality but he comes up with plenty of resistance. Once he’s dumped by his boyfriend, there’s a superb scene in a supermarket with his mother where he tries to tell her how he’s feeling but she refuses to discuss the topic in public. There’s tension between Manuel and his parents throughout the film but that situation throws up some surprises, with Manuel realising that his parents seeming lack of support is less related to his sexuality and more to the way he’s treated them.

Surrounded by his siblings, Manuel struggles with being the black sheep of the family so it’s unsurprising when he’s swept off his feet by ex-teacher Martín. Not learning from his past mistakes, Manuel throws himself head first into the relationship, using Martín as someone to sound off to about his family as well as someone to hook-up with. That relationship gives Manuel an anchor of sorts as he tries to process his break-up and work through the complicated dynamic within his family.

What Teté achieves with ‘A Skeleton in the Closet’ is truly quite special. The film is unexpectedly emotional, in large part to a wonderful performance from Facundo Gambandé who expertly portrays a very complicated character. Teté’s story give a fresh look at what it’s like to come out to your family and it not go the way you hoped, but it’s interesting that Manuel is rounded out to be a flawed character who has to lay claim to some of the blame for the situation that’s been created. Lucas Ferraro is worthy of a mention too as Martín. I remember loving him in the film ‘Plan B’ and he gives a very strong performance here too.

‘A Skeleton in the Closet’ is a very good film. It’s nice to see a story about a young gay man that isn’t all misery, torture and despair. Manuel has his issues, clearly, and his family is definitely difficult to deal with, but the way the story unfolds makes you care about all of them, and you understand how they’ve reached the impasse with one another that they have. Heart-warming and at times very funny, ‘A Skeleton in the Closet’ is a film I highly recommend.

In this article:A Skeleton in the Closet, TLA Releasing