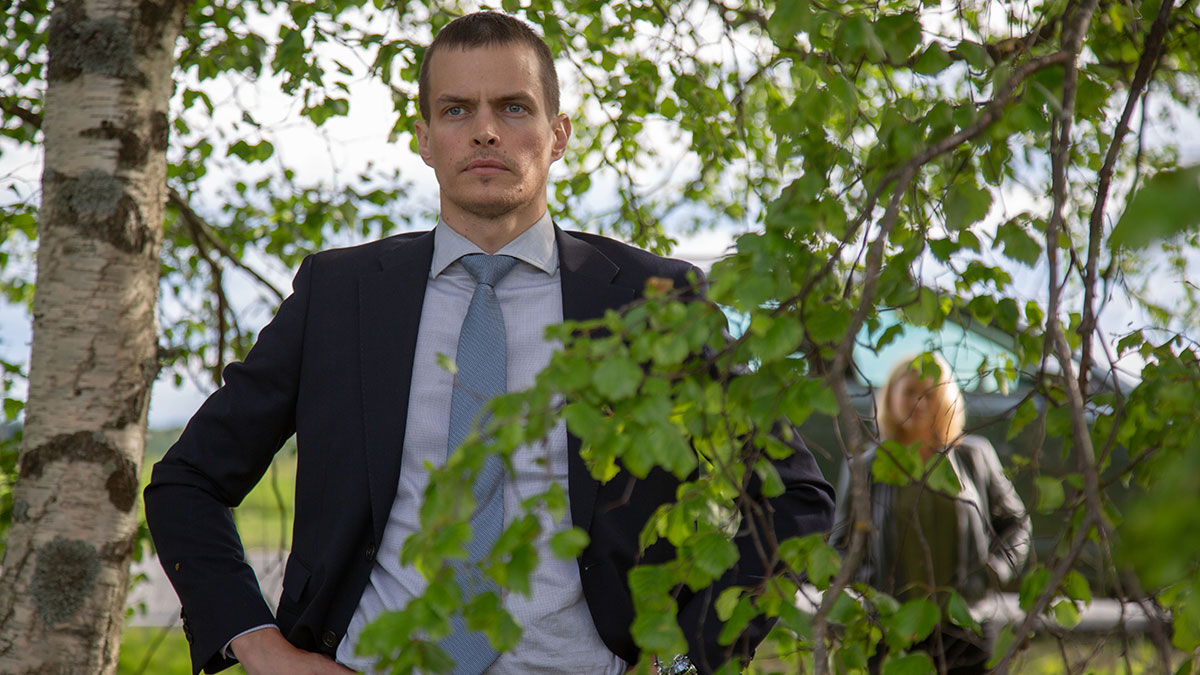 Walter Presents has given us so much drama from around the globe over the years. Finland hasn’t been a particularly fruitful source to date, which is perhaps surprising given it’s often lumped in with Norway, Sweden and Denmark – all leaders in the crime drama genre. But that lack of recognition looks set to change with not one, but two fantastic Finnish finds: ‘Bullets’ – due out on the WP platform shortly – is a fabulous female led drama, and ‘All The Sins’ is an equally enthralling tale of murder and strange goings-on in a rural religious community in a village near Oulu.

‘All The Sins’ stars Johannes Holopainen (read our interview with Johannes) as Lauri Räihä, a gay police officer ordered to investigate a pair of murders in his home town of Varjakka – a place he left years previously when he lost his faith. He doesn’t want to return, but his local knowledge and understanding of the Laestadian religion (both victims were prominent Laestadians) would prove to be valuable in understanding the motive for the murders. During the investigation, he’s paired with Sanna Tervo (played by the fantastic Maria Sid), who couldn’t be more different. Whereas Lauri is subdued, introverted and repressed, Maria is opportunistic, vivacious and promiscuous.

Their investigations lead them to look into a number of potential leads, including the controversial building of a new shopping mall – something frowned on by the conservative Laestadian majority and financed by a local businessman (someone Sanna slept with on her first night in Varjakka); and the relationship between the daughter of one of the victims and an Iraqi restaurant worker. Then a video is released, claiming to be from an anti-religious group, urging Laestadians to free themselves their religion, which they claim is run by charlatans.

Throughout the opening episode, Lauri is mostly seen gazing intently into the distance, usually puffing on a cigarette, as he tries to come to grips with the memories – mostly bad ones – of his previous time in Varjakka and his troubled relationship with his parents. They are both very much involved in the religion and struggle to cope with a son who has shunned their beliefs and forsaken their community.

It all makes for an interesting spin on the normal crime drama and elevates the show – six hour-long episodes – above the norm. Both leading stars play their roles superbly, and the writing is tight and nicely paced (the show won Best Writing award at the Gothenburg Film Festival in 2019). The fact that both Varjakka and the Laestadian religion really exist (although the show wasn’t shot in Varjakka itself) gives the show an extra level of integrity and heft.

Finland might have been a late arrival at the Walter Presents party, but if they continue to bring drama this good to our screens, they can come again. Great stuff.

Walter Presents: ‘All The Sins’ will air its first episode on Channel 4 on 24th January at 11pm. The full boxset is available on Walter Presents via All 4 now.

Advertisement. Scroll to continue reading.
In this article:All The Sins, Featured, Walter Presents