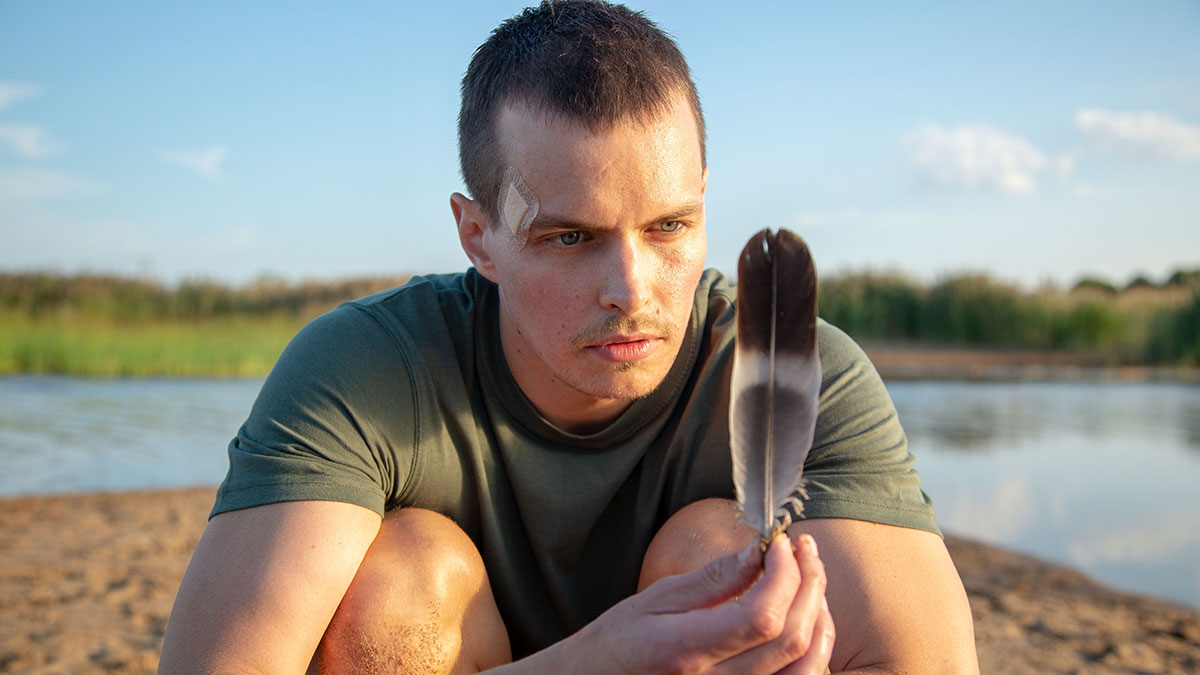 Walter Presents is renowned for giving us access to the very best in world drama, in particular from our Nordic friends. But compared to other countries in that region, Finland has been relatively quiet in terms of providing us with drama shows. But that’s set to change with two excellent Finnish crime series coming to our screens; ‘Bullets’ (a thriller about an undercover cop and the suspected female terrorist she’s sent to track) and ‘All The Sins’, starring Johannes Holopainen, about two very different cops on the scent of some strange goings-on in a remote part of Finland.

I chatted with Johannes on the phone from his home in Helsinki about the show. I started out by asking about the setting. It takes places in a place called Varjakka, which really exists (it’s near the Finnish city of Oulu) – I wondered how the locals felt about their village being the setting for the show:

“It is a real place, but the Varjakka in our show is fictional; that gave us some artistic freedom with the location. But we shot the show very near the real Varjakka. Yes, I’d be interested to know what the locals think, too.”

The religious group that features prominently in the show are known as Laestadians – again, this religion really exists. They’re a Lutheran revival movement that was formed in northern Scandinavia in the middle of the 1800s and is the largest pietistic movement in the Nordics. Johannes explains:

“The religion was founded by Lars Levi Laestadius back in the day. One of their main purposes was to prevent men from drinking, I believe. There are a lot of Laestadians in an around Oulu, where we shot the show.”

I mention that ‘All The Sins’ and ‘Bullets’ are both coming to the UK at around the same time. Is this the start of a trend for Finnish drama?

“People are always looking for the next big thing – perhaps Finnish drama is it. There’s a lot of great things going on (in Finland), such as ‘Bordertown’ and other shows. It’ll be interesting to see how our locally produced shows, which usually have a local subject matter to do with Finnish people, connect with other countries and cultures. I always believe that you should trust your own ideas and not imitate. That’s the case with ‘All The Sins’ – it’s not trying to imitate Nordic Noir, but it’s something on its own.”

Johannes co-star in ‘All The Sins’ is Maria Sid, who plays the effervescent Sanna – a very different character to Johanne’s character, Lauri. The two actors got along very well, though.

“She was great. There was a real trust between us. Maria has such energy and willingness to dive into the character and make it personal. I really enjoyed working with her. We’d been communicating when we got the scripts (before shooting began), so when we eventually met it was like – “I know you! We’re going to have a good time!”. It was really great.”

And Walter Presents are also giving us the second season – although it’s a bit different to normal follow-ups:

“The writers were very clever. When we were shooting the first season, they had the second season written as well. There are some hints in the first episode (of S1) that speak of Lauri’s past. So in season two, we go back in time by fifteen years to the same town and many of the same characters. It’s right before Lauri leaves Varjakka for the first time with his then-girlfriend. It was a challenge for us all, but mainly for the make-up people to make us all look fifteen years younger! But I was very happy how it turned out.”

Johannes most well-known role before ‘All The Sins’ was as Turo in the film ‘Heavy Trip’ from 2018, where he plays a member of an unknown Finnish heavy metal band trying to get to play at a huge metal festival in Norway.

“It’s not a parody of heavy metal – it’s not poking fun at the music. It’s the simple story of a metal band in a very small town in northern Finland, but it’s the most international thing I’ve ever done; it’s got fans from Japan, Brazil, Germany, UK – you name it. It makes me so happy to hear from people who’ve seen it and connect with it.”

Johanne’s surname is the same as the main writer and founder of one of the biggest metal bands in the world these days – Nightwish – who regularly sell out arenas across the globe (before COVID, of course). I wondered if he and Tuomas from the band were related:

“No, not that I know of. It’s not a common name, but it’s not uncommon either.”

‘Heavy Trip’ might be his biggest international success to date, but ‘All The Sins’ deserves to escalate Johannes further into the spotlight.

Both seasons of Walter Presents: ‘All The Sins’ will be available to watch as boxsets on All 4 from Friday 22nd January and the first episode will launch on Channel 4 on 24th January 2021 at 11pm.

In this article:All The Sins, Featured, Johannes Holopainen, Walter Presents