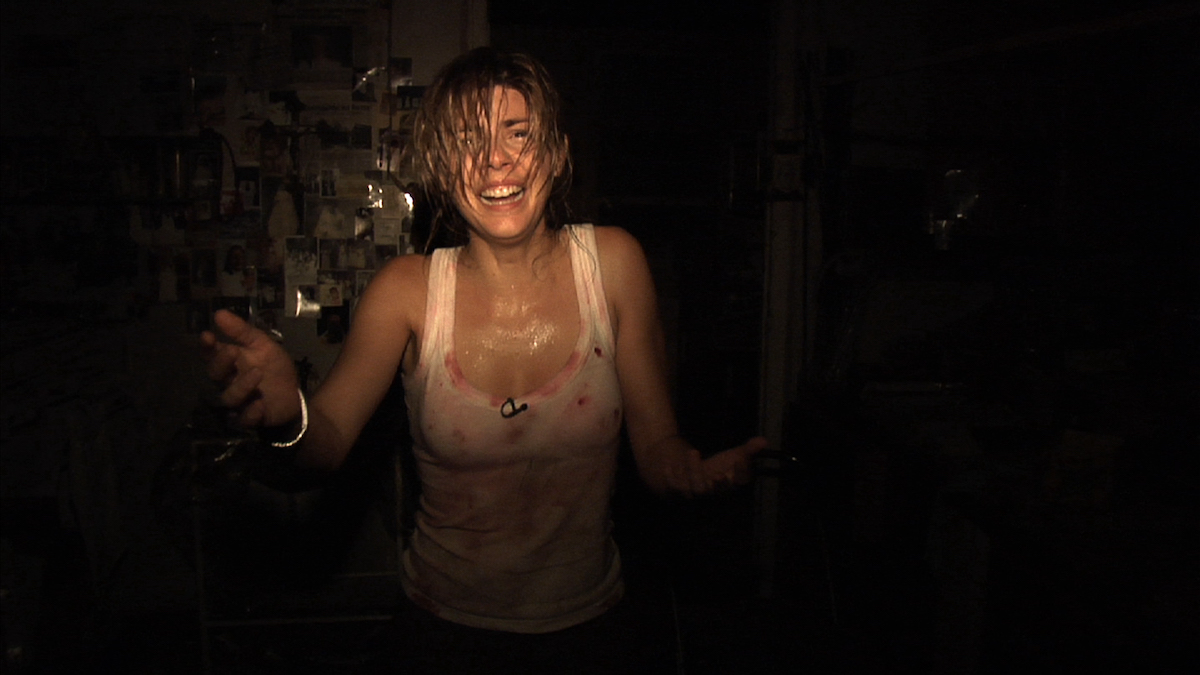 Standing proudly alongside The Blair Witch Project and Paranormal Activity, REC is further proof that when done right, there is nothing more viscerally terrifying than the found footage horror genre. An ultra-lean experiment in escalating terror, REC is a 78-minute rush of intense, fevered horror, with the sort of jump scares that leave you clutching your chest afterwards. Given a sparkling new release from Arrow, this is the perfect excuse to revisit this modern horror classic.

TV presenter Angela (Manuela Velasco) and her cameraman Pablo are working on a segment for a documentary series, about the night shift crew at one of Barcelona’s fire stations. A routine call comes in to help with someone who has become trapped in their apartment. Angela and Pablo accompany the two firemen who have been sent to respond, and plan to capture it all for their show.

But when they arrive at the apartment building, things are not quite so straightforward. All the apartments have been evacuated by the police, with the residents gathered in the lobby. No one seems to know why, but theories and accusations fly around. Angela and Pablo follow the police and the fireman to where the woman is trapped and screaming. They break in and find her crazed and covered in blood. She attacks one of the police officers, tearing the flesh from his face with her teeth. Even someone with only a passing interest in horror can tell you where this is going, but it doesn’t lessen the impact one iota.

Co-directors Jaume Balagueró and Paco Plaza wring every last drop of tension from this setup. In one of the interviews in the special features they talk about how they wanted to create a film that felt like a “fairground ride” and that is exactly what they have accomplished. REC is a short sharp shock of a film, thrillingly exciting and terrifying in equal measure. Evoking the likes of Romero and Cronenberg, but without ever feeling derivative, or worse, succumbing to dreary homage. Which is perhaps why REC still feels fresh and original today, and all the other zombie/shaky-cam films which arrived around the same time have largely been forgotten.

Brilliantly maintaining its full-throated intensity, right up to the superbly staged finale when the lights go out (night vision…gulp) REC is an energetic blast of malevolent fun. But lucky for you, the fun doesn’t stop with the film. This being an Arrow Video release, there is a glut of special features on the disc for you to luxuriate in.

First up, the disc gives you the option of watching the film in either the theatrical version, or the production version which was filmed in 25fps. There are also two audio commentaries, one with the co-directors, and one with film critic Alexandra Heller-Nicholas.

The Making of REC is a 40-minute documentary from the archives, charting the entire production of the film. Next up we are treated to a 30-minute interview with the directors, providing an in-depth discussion about the genesis of the film, and how they brought the idea to life. Also included on the disc is Paco Plaza’s award-winning short film, Abuelitos.

How to Make a Horror Movie is another archival clip, with the directors doing a step-by-step run through of making a short horror film. This was made to promote the French release of the film. Next up is The Fantastic Four, a panel discussion about Spanish horror with Balagueró and Plaza, joined by Juan Antonio Bayona (The Orphanage) and Gonzalo López-Gallego (Open Grave).

There are 4 short behind the scenes clips from on the set as the cast and crew worked on some of the film’s key scenes, including Mrs Izquierdo’s attack, and the terrifying climb to the penthouse. The disc also comes with 35-minutes of deleted and extended scenes, audition tapes for the supporting cast, archival interviews with the cinematographer (and cast member Pablo Rosso), sound designer (Oriol Tarragó) and sound supervisor (Xavier Mas). Finally, the disc is rounded off with a selection of trailers and TV spots.

REC is also available to stream on Arrow Player