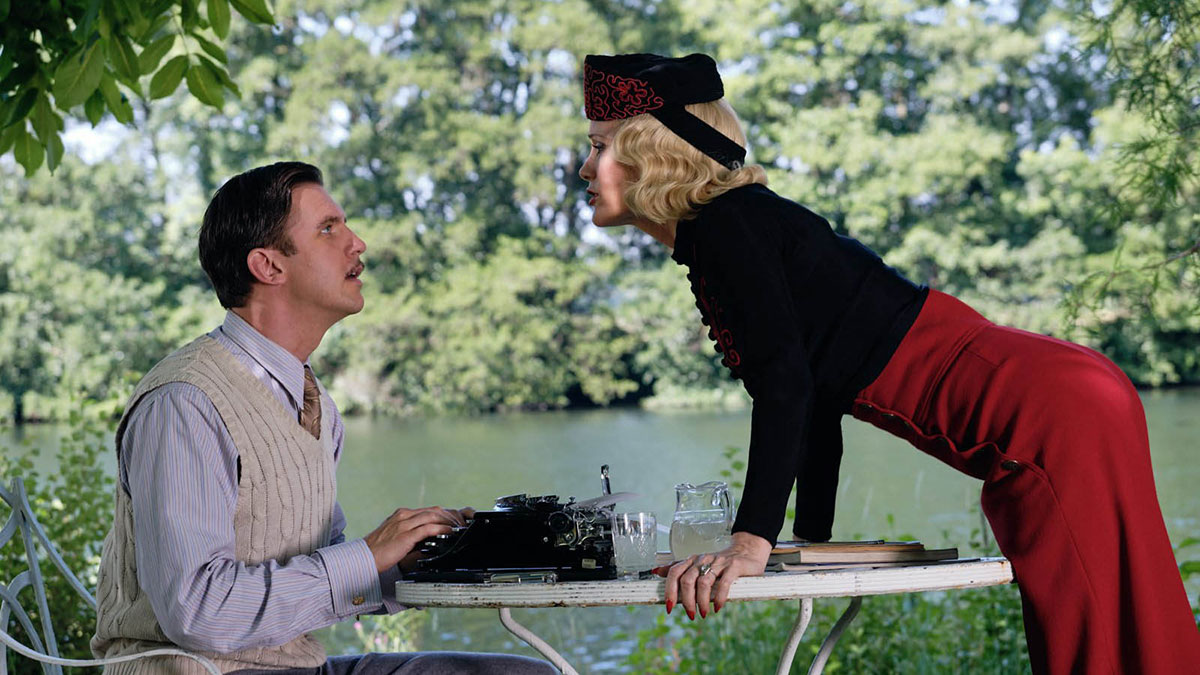 Struggling with writer’s block (and his performance in the bedroom), Charles Condomine (Dan Stevens) invites medium Madame Arcati (Judi Dench) to his home to hold a séance in the hope that it inspires him. Instead the event summons Charles’ dead wife Elvira (Leslie Mann), who is devastated to learn that he has moved on with new wife Ruth (Isla Fisher). Plotting her way back into Charles’ affections, Elvira tries to drive Ruth away and reunite with Charles, even though she’s now a spirt rather than a physical being.

‘Blithe Spirit’ is based on the classic play of the same name by Noël Coward and it’s premiering on Sky Cinema, due to the on-going global pandemic. At a tight 95 minutes, ‘Blithe Spirit’ promises to be a zippy, zany comedy packed with moments of classic farce and Coward’s notoriously witty dialogue. Unfortunately, that doesn’t prove to be the case and while the film is enjoyable, something about it just doesn’t work.

Firstly, let me say that the four leads are excellent, especially Isla Fisher as Charles’ highly-strung wife Ruth. Fisher has proven many times in her career that she’s adept at comedy and she simply lights up the screen here. The moment her character unwittingly gets high on amphetamines and dances in her under garments in the pool during a party is one of the best in the film. Dan Stevens almost matches Fisher’s energetic performance and he makes for a convincing hapless leading man, while Dame Judi Dench and Leslie Mann pull off their parts with gusto too.

That’s what makes ‘Blithe Spirit’ such a frustrating watch. All of the elements are there and this should be a laugh-out-loud, excellent comedy. If you put some of the logical mis-steps aside such as Elvira’s ability to touch things when it’s convenient to the plot, there’s something that’s missing. For a 95-minute film the pace is a little all over the place; it starts strong but it peters out around the middle before finding its mojo again. Interestingly the film starts to dip as soon as Fisher is off the screen so you wonder if swapping her and Mann around may have worked better.

Dame Judi Dench is oddly separate from the storyline for most of the film too. After the initial séance (and Madame Arcati’s spectacular fail prior to that), she is removed from the core group as her character tries to communicate with her own late spouse. Madame Arcati returns to the action eventually but you can’t help but feel a trick was missed by not integrating her better.

‘Blithe Spirit’ is a perfectly watchable, and enjoyable film, it’s just not a great film and with a cast as good as this, it’s a damn shame. From the costumes and the sets, to the performances and the dialogue, this should have been a blisteringly funny and memorable comedy but I doubt that will be the case. If you’ve seen the 1945 version, there’s probably no point in watching this but if you go in with moderate expectations, you’ll find that you enjoy it without being blown away.

In this article:Blithe Spirit, Featured