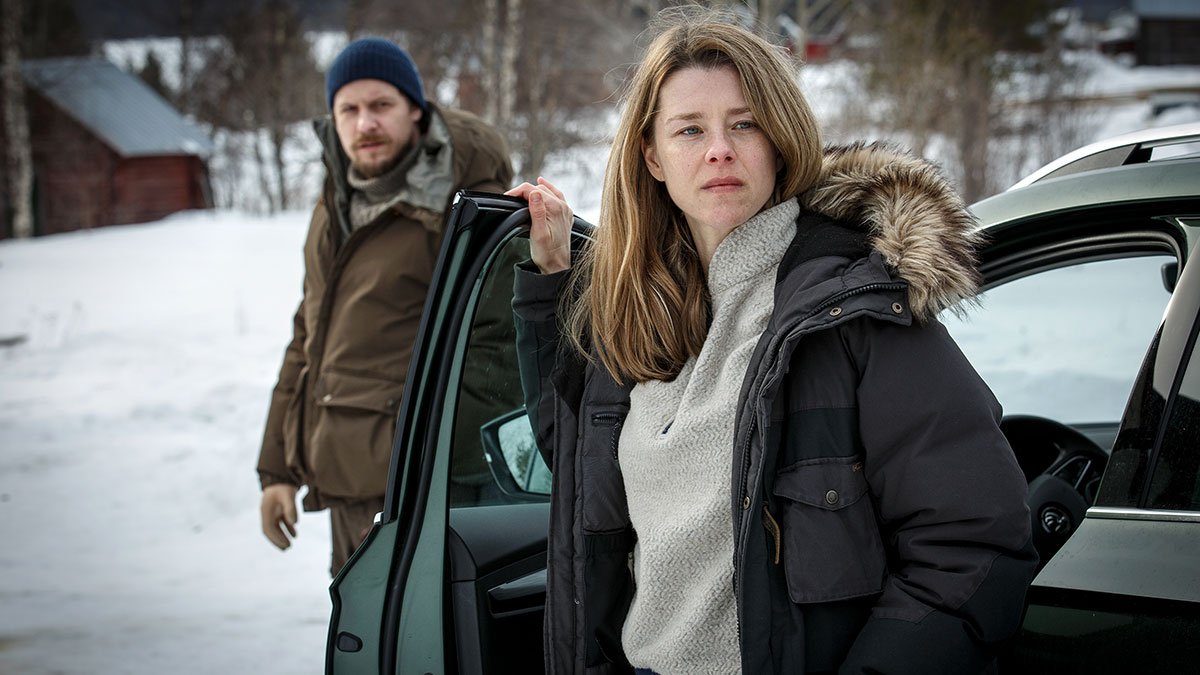 If you enjoyed the first season of this Swedish thriller from the novels of Åsa Larsson, then you will undoubtedly relish the new batch of eight episodes that sees Rebecka continue to fight crime in the real town of Kiruna in northern Sweden (a part of Lapland).

One thing you will spot immediately is that the actor playing Rebecka is different to season 1. Out goes Ida Engvoll (now acting as an Executive Producer on the new series) and in comes Sascha Zacharias; a move that doesn’t seem to have sat well with a number of viewers, according to the reviews on IMDB. I personally think that’s harsh on Zacharias, who seems to have stepped into Ida’s snowshoes more than adequately. Her performance is under-stated and quietly intense.

In the first episode of the new series, Rebecka is involved in what appears to be a simple dispute between a group of Sami reindeer herders and a local poacher who sells “hunting trips” to tourists – hunting that poaching on the Sami flock. But when a reindeer is dragged to death behind a quad bike and dumped at one of the herder’s farm, tempers quickly escalate – resulting in murder.

Rebecka also gets a surprise visit from her friend, Maria, who has a tempting job offer for her – hoping to drag her back to Stockholm and away from her childhood home in the rural north.

Each story is told over two episodes (the first story is entitled Reindeer Boy), making this a perfect “dip in, dip out” type of show – no long-term commitment necessary, although the back story of Rebecka’s on-off relationship with dog handler Krister (Jakob Öhrman) remains a common thread throughout. Worth noting, too, that Larsson only wrote five Rebecka Martinsson novels, so the storylines in season 2 are no longer Larsson creations. Instead, they are written by Oskar Söderlund and Karin Arrhenius, with contributions from Larsson.

The show won two awards at the Swedish Kristallen Awards a few years ago, so there’s plenty of pedigree there. On the strength of episode one of the new season, I see no reason why that high standard shouldn’t be maintained. As I said at the start, Zacharias is very watchable – and the storylines are engaging and well written.

One thing I will warn prospective viewers about is that there are depictions of animal cruelty in the first episode – the afore-mentioned reindeer killing, and the shooting of a dog. I seem to recall a dog was killed in the first season too. It’s not overly graphic or anything, but it’s probably worth mentioning in case you find that sort of thing upsetting.

I’m glad to see this series back. It’s got a fairly slow-paced feel; but it’s nicely acted, the Lapland scenery is often breathtakingly beautiful, and having come from a novelist’s pen, the characters are well-rounded and interesting. Welcome back, Rebecka.