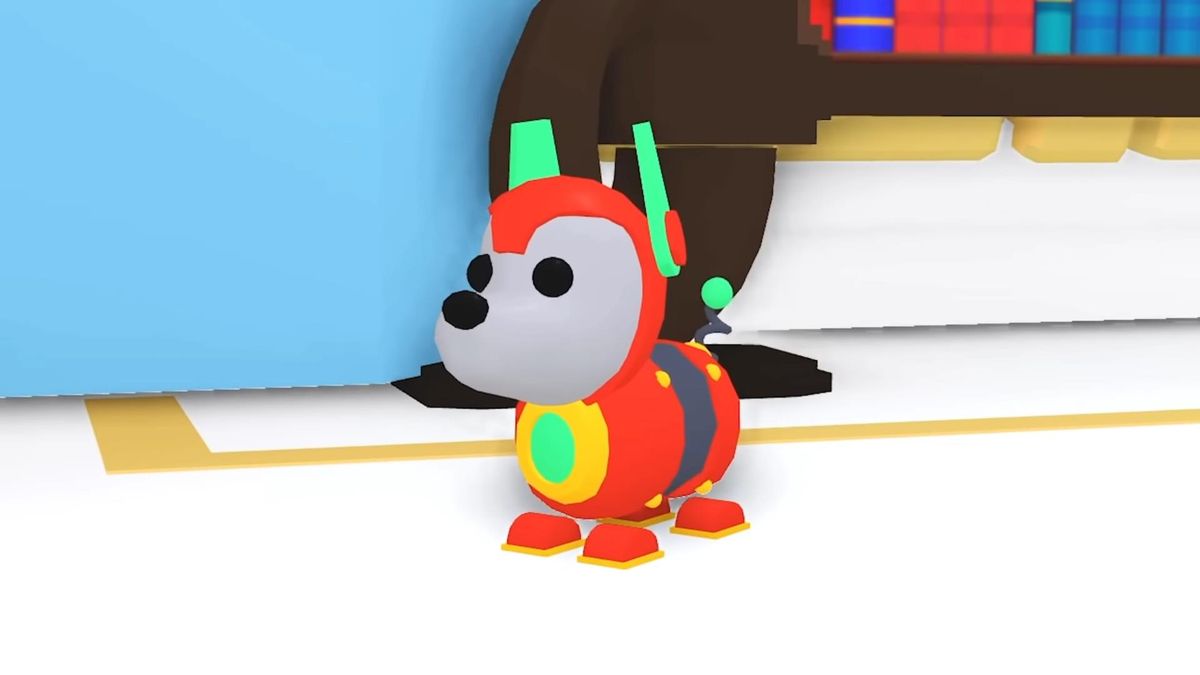 To say that the creators of Adopt Me on Roblox have been busy over the last year is an understatement. There have been lots of changes and a grand total of twelve different updates to the game. Here we will take a look back at 2020 and all of the new things Dreamcraft have given us to keep things fun and safe.

Back on 29th February Adopt Me introduced the Aussie Egg which replaced the Farm Egg in the gumball machine. The egg contained eight new pets including the legendary kangaroo and turtle. The Aussie egg has already been replaced making these pets already somewhat more desirable.

In March the Random Update was released. This update allowed your pets to actually ride in vehicles with your avatar. Previously they had to run alongside whilst you drove around making for a disjointed experience. The Choo Choo Train was also introduced in this update to allow your friends and pets to join you on your journey around town.

Also in March came the improved star rewards which greatly increased the quality of the rewards for logging in each day. Before the update, the best a player could hope for was a cracked egg after a thirty-day log in streak. Now players can gain better star rewards for their streaks and cash them in for new items.

In April we saw the brief introduction of the pet rock. The pet rock was available for free and was already and fly/ride pet. Sadly after a few days, the pet rock was removed from the game and it turned out that it was all just a bit of fun for April Fools day.

Also in April came the dress your pets update. Prior to this players couldn’t dress their pets up. The update included a special event which concluded with the hat shop becoming a permanent feature on Adoption Island.

Once again in April, a new stage in pet ageing was introduced. Players could now create mega neon versions of their pets. Megas still aren’t all that easy to make and require a lot of work but the pets look amazing and are very valuable.

In May, the Monkey Fairground came to town. This limited-time event allowed players to collect lots of new toys, accessories and of course a whole raft of monkey pets.

In July, Adopt Me introduced the adorable Kitsune pet as a permanent addition to the shop. Available at a 50% discount at the start, the Kitsune was the most complex pet in the game a the time and marked a significant improvement in pet animation.

Also in July was the pet ware update. The highlight of the event was the different pride pins players could buy and wear in-game. The pins were made in support of the LBGT community both within and outside of Adopt Me.

In October the Fossil Island event began giving us a week-long build-up to the full reveal of the Fossil Eggs. The Fossil Eggs introduced twelve new pets to the game including the legendary T-Rex and Dodo.

October also saw the Halloween update with a pumpkin patch taking over part of Adoption Island. There were two new mini-games to play and of course limited time pets in the form of ghost bunnies, bats and the legendary skele rex and Cerberus.

Possibly the most important update of the year came in November with the introduction of the trading update. This update introduced the trading license and additional trading slots with the aim of making thigs much safer for players by reducing the risk of scams.

Squeezing in at the end of the year was the winter update which is still running. Once again we saw new pets, mini games and pet accessories.

That my friends is Adopt Me 2020 in review. I’m sure you’ll agree that the team at Dreamcraft have been hard at work all year and I’m excited to see what they can deliver in 2021.