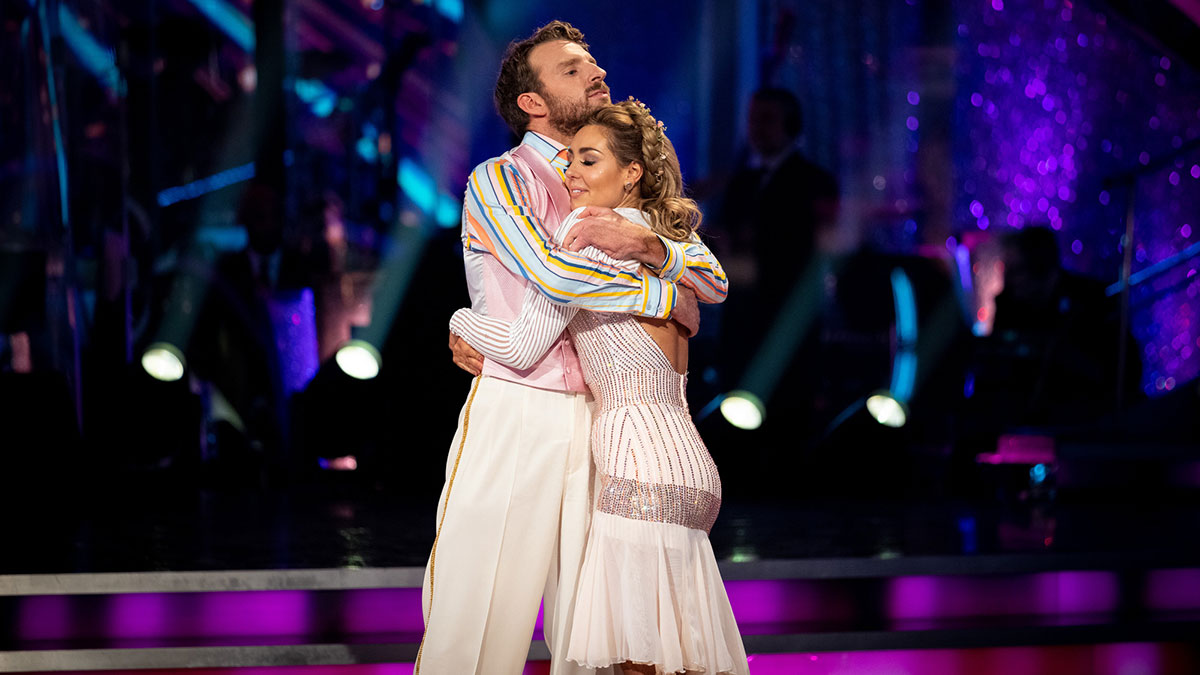 With just six couples left, JJ and his partner Amy Dowden landed in the dance-off opposite Jamie Laing and his partner Karen Hauer. After both couples danced again, judges Craig Revel-Horwood and Shirley Ballas decided to save Jamie and Karen.

When asked by Tess about his time on the show JJ said: “I’m unbelievably proud. I never thought I would make it this far, I’ve gotten half decent maybe at something which I had no clue about to begin with and I’ve enjoyed every second of it, it has just been an absolute blast. It’s just a privilege to be in this long. I mean this competition is insane! To be counted among that cast at this stage in particular means the world to me. It’s meant everything. It’s been an unbelievable challenge, well outside my comfort zone but I’ve had this one to just keep me in it and I can’t quite express what she means to me.”

Referring to Amy’s battle with Crohn’s disease JJ said: “She’s lived through so much in her own right in fairness and I know that any day she can wake up and she could be hospitalised essentially so she lives fearing she’ll let people down. But the way you’ve built me up, you could never let me down.”

When asked if she had any words for JJ, Amy said: “Aw JJ it has been an absolute honour to be your partner and most importantly friend, throughout your Strictly experience. He is, and everybody would agree, one of the world’s most truest gentlemen. I honestly believe from working with JJ over the last few months I’ve become a better person and I’ve learned so much. The way he faces challenges with such strength and determination, you have helped me for the rest of my life on how to face my own personal challenges. And honestly I’m so proud of every single step you’ve performed on this floor, I just had the best time. I didn’t think I could possibly fall in love with Strictly any more and this year my heart is just beaming full of Strictly and that’s down to absolutely everybody and I love you all.”

Sunday’s Results show also featured a musical performance by the cast of the musical ‘& Juliet’ and West End and Broadway star Marisha Wallace.

The remaining couples will take to the dancefloor next week, when ‘Strictly Come Dancing’ returns on Saturday 12th December at 7pm with the results show on Sunday 13th December at 7.30pm on BBC One.