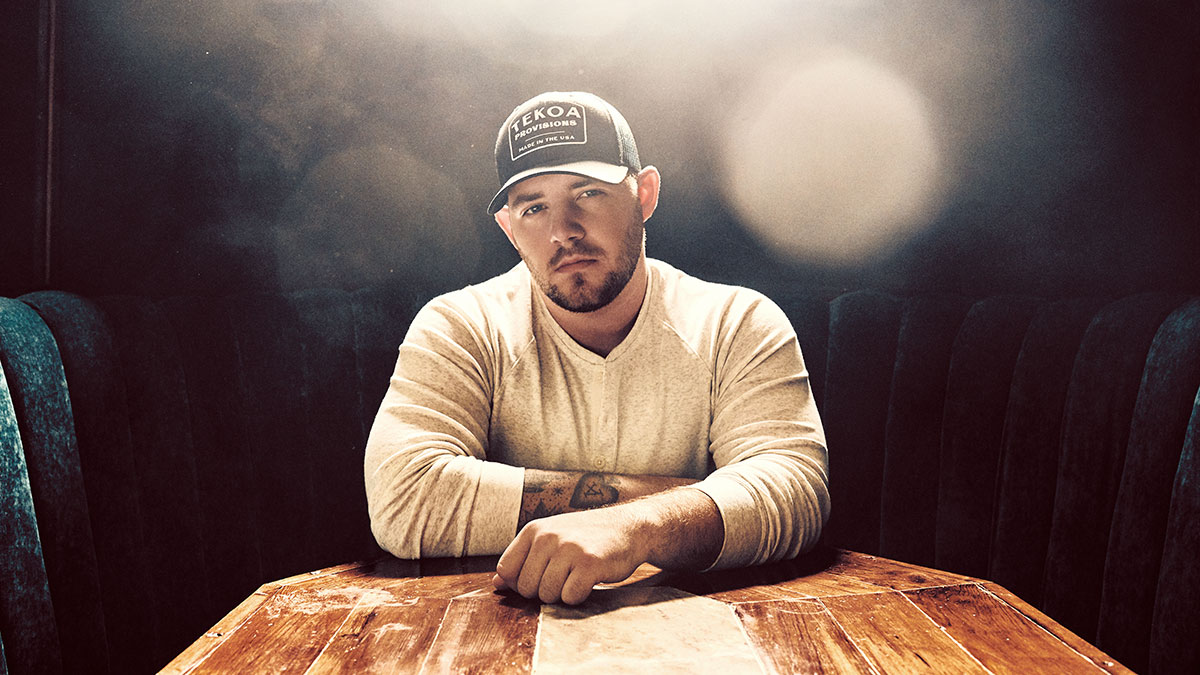 Rising Country singer-songwriter Kameron Marlowe first caught the attention of the US public when he appeared on season 15 of NBC’s ‘The Voice’. Originally picked for Blake Shelton’s team, Marlowe was stolen by Adam Levine later in the season. He reached the Top 24 before being eliminated and deciding to move to Nashville to pursue his dreams of being a songwriter. That was a smart move as he signed a songwriting deal with Sony/ATV Music Publishing and that led to a record deal with Sony Music Nashville earlier this year.

Prior to his record deal, Marlowe released the self-penned ‘Giving You Up’, which started turning heads and his debut single for his label was ‘Burn ‘Em All’, which has further helped him amass millions of streams. Now Marlowe is releasing his debut self-titled EP, giving fans six tracks to show what he’s capable of as an artist and it’s damn impressive. The EP opens strong with ‘Giving You Up’, a song that has all the makings of a classic Country song and now with a label behind him, stands a chance of being the big hit it deserved to be. Appealing to the modern Country crowd but retaining a sense of tradition, the song is near perfection.

Across the six tracks here, Marlowe shows that he’s got plenty of talent as a vocalist and as a songwriter, and the ability to interpret outside cuts as if he wrote every single word himself. ‘Sober as a Drunk’, one of two tracks that Marlowe didn’t have a hand in writing, is a good example of how he can bring someone else’s words to life with conviction. The lyrics relate to a tough break-up where one person is struggling to move on, and Marlowe’s incredibly evocative vocals make sure you feel every single word.

Heartbreak is a recurring theme on this EP. ‘Goin’ There Today’ finds Marlowe putting off going into a small town because he knows he’ll bump into his ex while the rockier ‘Hungover’ sees Marlowe coming down from a ‘hearbreak bender’ and it’s one of the highlights on the EP. Current single ‘Burn ‘Em All’ is an ode to throwing your cares out of the window and drinking away your problems. The lyrical content may be a staple of the Country genre but not many can sing the words with as much feeling as Marlowe. His rough-edged voice soars, swoops and hits in all the right places.

The hidden weapon in Marlowe’s arsenal is the final track ‘Leavin’ To Me’. Markedly different from the other five songs on the EP, the stripped-down ballad is more in the Chris Stapleton lane and it’s quite possibly one of the finest songs I’ve heard this year. Marlowe’s heartfelt pleas to a lover as he recounts their breakdown and begs her not to make him the bad guy resonate deeply and his vocal is incredibly emotional. The song gave me goosebumps and it’s without a doubt the best song we’ve heard from Marlowe yet.

With his self-titled EP Kameron Marlowe is making a bold statement. Often people throw around the term ‘next big thing’ without much consideration but I’d put everything I have on Marlowe being one of the breakout stars of 2021. He’s a gifted songwriter, a remarkable vocalist and an artist with a clear vision and distinctive sound. Roll on his first number one.

In this article:Featured, Kameron Marlowe