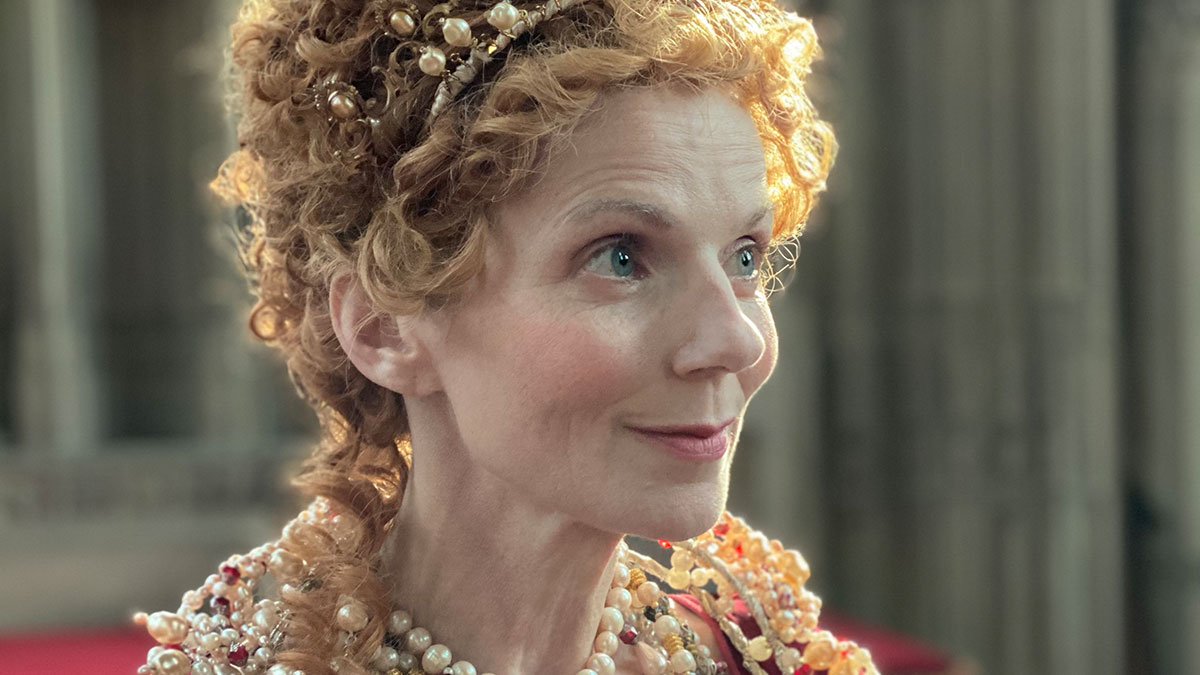 In the episode, titled ‘The Queen Speaks’, Geri pays tribute to Queen Elizabeth I. The series is written, directed and executive produced by Geri and it’s a collection of vibrant vignettes following her on big and little adventures, each hued with humour and their own message of hope and positivity.

In ‘The Queen Speaks’, Geri undergoes a regal transformation to pay homage to Queen Elizabeth I – the Queen of Girl Power and a ‘Rainbow Woman’, who ruled England for 45 years. The Queen was a lyricist, she enjoyed Shakespeare, and writing poetry. Her most symbolic portrait was of course titled, ‘The Rainbow Portrait’. Ever an avid storyteller and lover of English history, Geri shot the episode in Ashridge House, where Princess Elizabeth – the future Queen Elizabeth I – lived until she was arrested by her sister Queen Mary in 1554.

The episode was shot in collaboration with BAFTA-winning cinematographer Laurie Rose, who has worked on Peaky Blinders and Riviera.

In a personal message to her fans, Geri pens:

Hello you,
For the last twenty-five years, we’ve been on an amazing journey together.
I want to share something from my heart… something real, something I hope will inspire.
Rainbow Woman is my love letter to you. It’s about sharing our spirit.
I’m taking you on a girl power adventure of discovery. Together, we go up a mountain,
down the river and back in time … and with music I wrote, it’ll be a 360 experience,
for you, for us, for everybody. Thank you for being there for me. I want to be here with you … for all the rainbow people.
With love, Geri.

Ben McOwen Wilson, Managing Director, YouTube UK said: “Geri is an icon of British female creative achievement and we are so proud that Rainbow Woman is launching on YouTube. Suitably, the series launch is a grand tribute to one of Britain’s most iconic Girl Power figures, Queen Elizabeth I. ‘Rainbow Woman’ is a great example of diverse Britain and the incredible creative content that we love.”