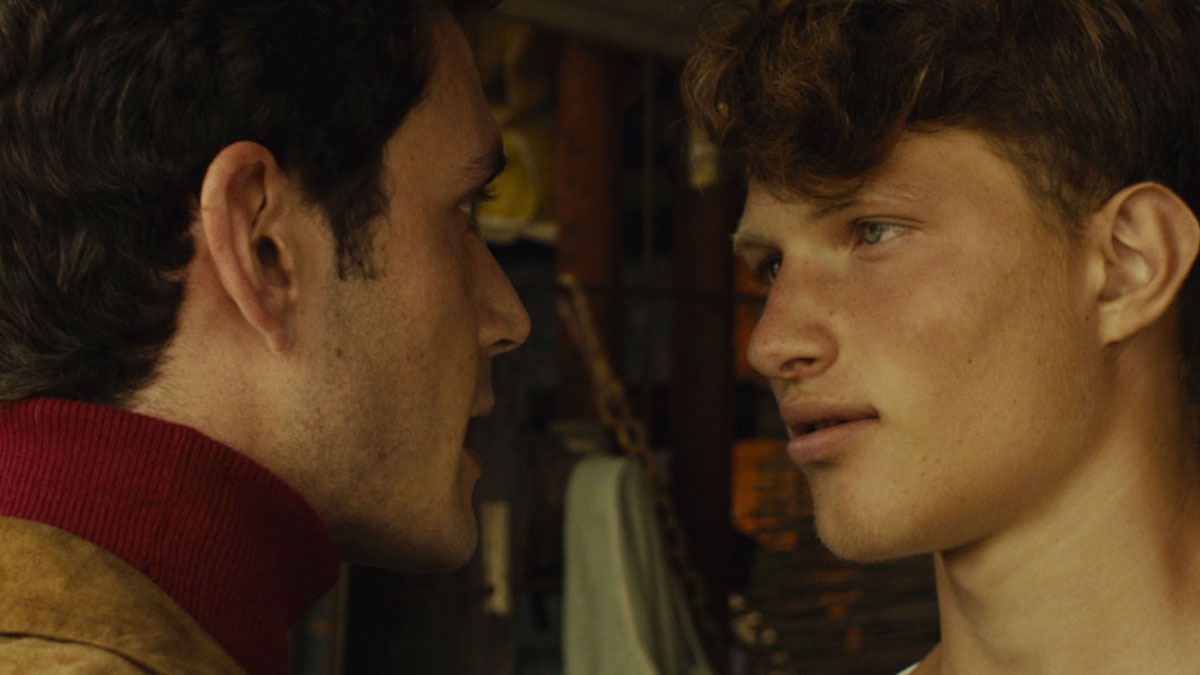 ‘The Italian Boys’ is the latest shorts collection from NQV Media, following previous releases ‘The Danish Boys’, ‘The Latin Boys’ and ‘The Israeli Boys’. Continuing to shine a light on film-makers from around the globe, ‘The Italian Boys’ features five shorts that showcases very different elements of the gay experience for boys and men at different stages of their lives.

The collection opens with ‘Uproar’ from film-maker Ludovico di Martino and it’s a story set by the sea near Rome about a group of young men that divide their time between petty theft and football. It’s set against the backdrop of the death of Pier Paolo Pasolini, and it sees the group become divided when one of them starts hustling for money. That decision causes issues and threatens to tear the friends apart. It’s an interesting start to the collection and it explores the fragility that exists between male friendships when unspoken prejudices rear their head.

The second short, ‘Tidal Time’ from Ludovico di Martino, is one of the standouts here. It tells the story of a man who accidentally almost drowns his son before jumping 10 years forward to show their strained relationship, made worse when he realises his son is gay. ‘Tidal Time’ is brutal in places but it highlights the incompatibility of Catholicism and homosexuality. One of the more unusual shorts comes next, ‘The Dummy’ by Renato Muro, which is about a young boy who becomes fascinated with a male shop dummy that he finds abandoned near his house. The short is a story of curiosity and sexual awakening, told in a sweet and unprovocative way.

The final two shorts are Lorenzo Caproni’s ‘Lazarus Come Out’ and Renato Muro’s second inclusion on the collection, ‘Glue’. ‘Lazarus Come Out’ is another exploration of religion and sexuality as a priest finds his inner desires stirred when a young acting group wants to stage an avant garde version of the rebirth of Lazarus. It treads familiar ground but it’s entertaining to watch no less. ‘Glue’ is stronger, depicting an unexpected relationship developing between a teenager and his friend’s younger brother. The two embark on an unexpected adventure that brings out surprising behaviour from both of them as they quickly grow closer.

‘The Italian Boys’ is an entertaining collection but it’s not the strongest release in this series so far. As always, NQV Media has done a good job of showing what the gay experience is like in other parts of the world and it highlights just how different that is for people depending on their situation and circumstances. ‘The Italian Boys’ is a glimpse into another culture and there’s plenty to enjoy and unpack.

Advertisement. Scroll to continue reading.
In this article:NQV Media, The Italian Boys