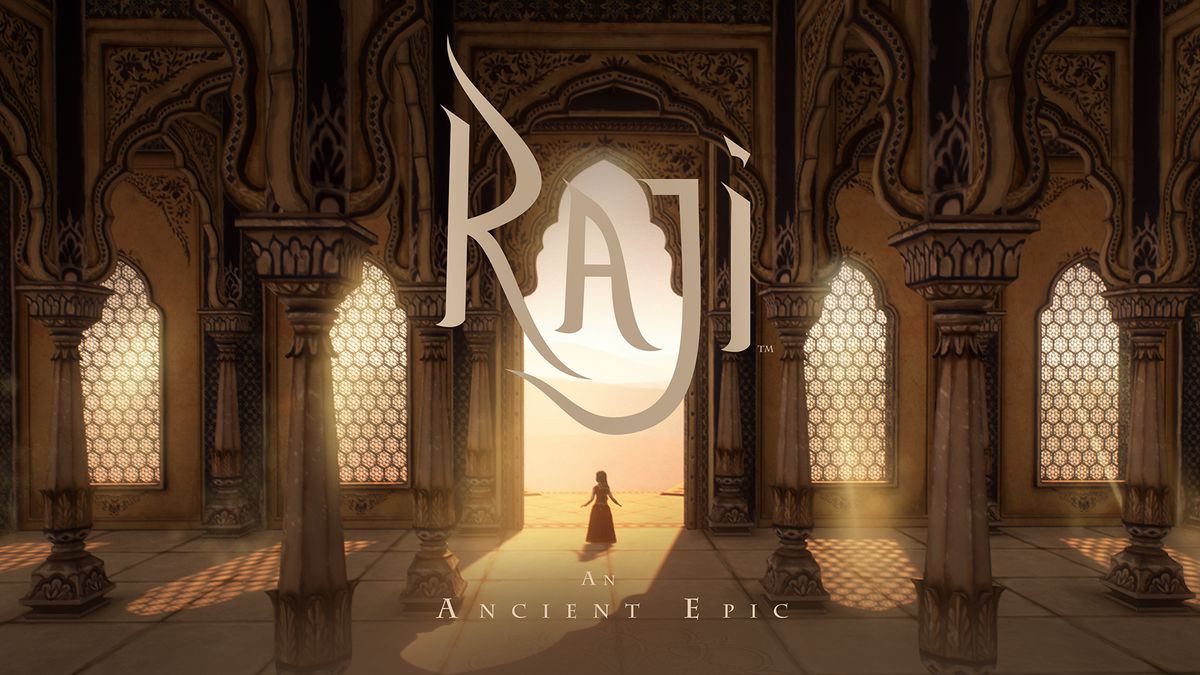 Raji: An Ancient Epic was developed by Nodding Heads Games, an indie studio based in the city of Pune, India. The game first released back in August as a timed-exclusive on the Nintendo Switch. Now it has also come to PC, PS4 and Xbox One.

Raji is an action-adventure game influenced by ancient Indian folklore, artwork, and music. I must admit my knowledge of these things is very limited but the game has definitely piqued my interest. It’s rare to see such a game released in the West but after playing Raji I hope we’ll be seeing a lot more.

Watch the Raji: An Ancient Epic launch trailer below:

Players take the role of a young circus acrobat named Raji. During a demonic invasion, led by the demon lord Mahabalasura, she becomes separated from her younger brother Golu. Raji is determined to rescue her brother and her attempts catch the attention of the Gods including Vishnu and Durga.

The action is viewed from a distance, like you’re seeing things from the perspective of one of the Gods looking down. Raji looks very small compared to the sprawling world around her. This really gives a fantastic sense of scale and the environments look absolutely stunning thanks to the Pahari art style used throughout.

Raji is wonderfully animated and moves around the world with ease. The camera constantly moves and rotates to give you the best view of the action. Being an acrobat, Raji is capable of traversing the environment like a parkour expert. She rolls, jumps and climbs effortlessly and can even wall-run and flip. The game uses subtle visual clues to point you in the right direction.

Throughout the course of the game, Raji is granted an array of weapons by the Gods. These include the traditional Trishul and Sharanga bow. Each weapon takes a little practice to get the best out of it. Basic combat is as easy as spamming the X and Y buttons for light and heavy attacks. These can be combined with other button presses for more advanced moved. Raji can perform more devastating blows by combining her acrobat skills with her attacks. For example you can run up a pillar, flip backwards and slam back down onto the demons below.

Situational awareness is essential and it really helps you stay alive if you never stand still for long. Throughout your journey you can obtain special orbs that can be used to upgrade the abilities of each weapon. Doing so makes your attacks more powerful and gives you more options during fights.

The story is progressed via some really stunning cutscenes that use a shadow puppet aesthetic. While you play the Gods also observe you and their conversations narrate the experience. This is also a game that wants to teach you and it makes great use of artwork and narration to explain the Hindu and Balinese mythology. There’s also some light puzzle elements to overcome.

As much as I enjoyed the game I did find myself a little frustrated during certain parts. Some enemies can be a bit repetitive and a pain to overcome. The boss fights are very entertaining but I did find some seemed a little too long. The other issue is that it can be easy to miss a jump and fall to your death. However, these are all minor issues and many were lessened by the generous checkpoint system that prevents you having to replay large sections.

Raji: An Ancient Epic is an impressive debut and a fantastic achievement for such a small studio. At around five hours long most gamers are going to beat it in just one or two sittings. While this is on the short side for this kind of game, the content that’s on offer is challenging and the story is rewarding. The gorgeous visuals alone are worth the price of admission. If you’re a fan of the genre or interested to learn more about a different culture then be sure to check it out.

Raji: An Ancient Epic was reviewed using a digital code provided by the publisher.