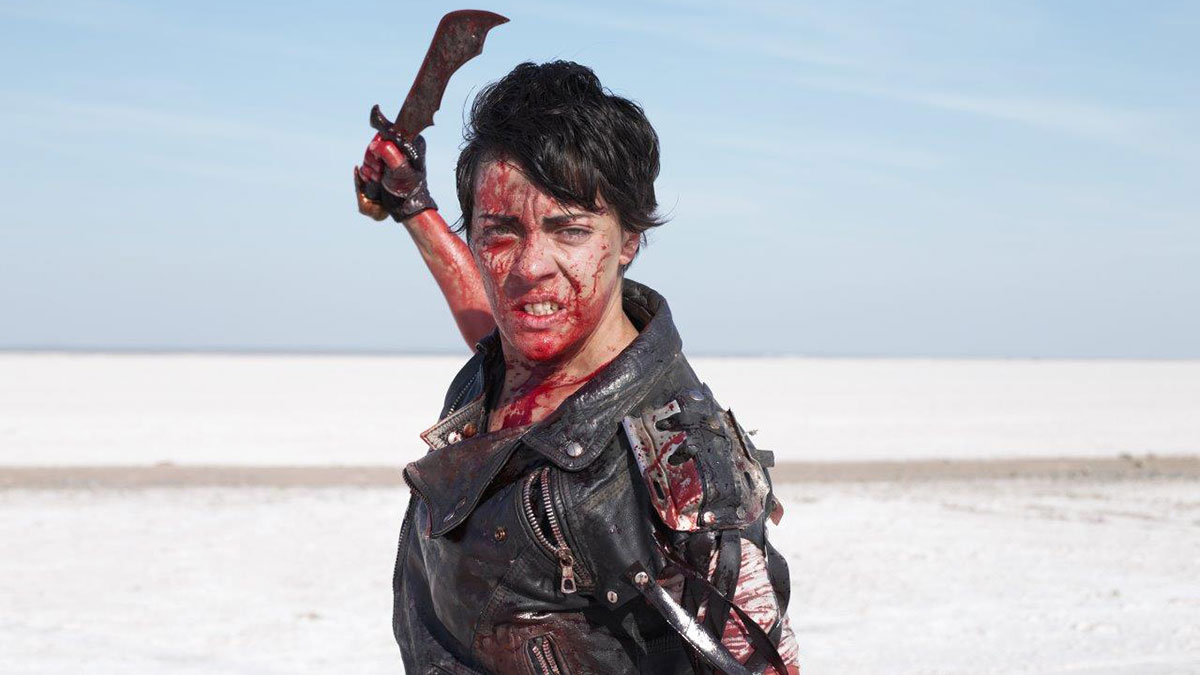 In the post-apocalyptic future Tisha (Nayla Churruarin) spends her days harvesting organs and trafficking them to make money. Cold, emotionless and with one goal in mind, she wants to hunt down the brutal cartel that murdered her family and kidnapped her sister. As she gets closer to her ultimate goal, Tisha has to endure horrendous events until she gets the chance to finally exact her revenge.

‘Scavenger’ had its UK Premiere at Arrow Video FrightFest and it sells itself as ‘Mad Max’ meets ‘Natural Born Killers’. That’s a bit of a misleading sales pitch as apart from being set in a post-apocalyptic world, ‘Scavenger’ isn’t as smart or as entertaining as ‘Mad Max’ and its violence is way more unpleasant than anything you see in ‘Natural Born Killers’. After a short set-up, ‘Scavenger’ throws you into the action as Tisha rips an organ from someone’s body at a bar and then goes to sell it.

The first 20 minutes or so are actually quite intriguing but it quickly veers from watchable to stomach-churning and plain nasty. Following a dalliance with a stripper, Tisha is drugged, tied to a bed and repeatedly raped. As if that situation isn’t horrendous enough, you’re forced to watch it play out in pretty much real time. One rapist screws on a huge penis before raping Tisha then he attaches a different penis, rolls her over and does it again. It’s gratuitous, it’s nasty and it serves no purpose in the film other than to disgust you.

At that point I considered exiting the film but I stayed until the end. Once the seemingly endless rape scene comes to an end, Tisha’s mission for revenge comes to the fore again but by that point you’ll be so sickened by what you had to watch just minutes before, that the film will leave a very bad taste in your mouth. It’s a shame the directors decided to use rape and the exploitation of its female lead in the story because quite honestly it didn’t need it.

‘Scavenger’ didn’t sit well with me at all. Any semblance of a plot that was worth sitting through was thrown out of the window by the film’s mid-section. As a horror fan I’m used to feel queasy when I leave the cinema but I’m not used to feeling sick to my stomach about what I just saw. ‘Scavenger’ is needlessly gratuitous and I would caution anyone to reconsider before they put themselves through it.