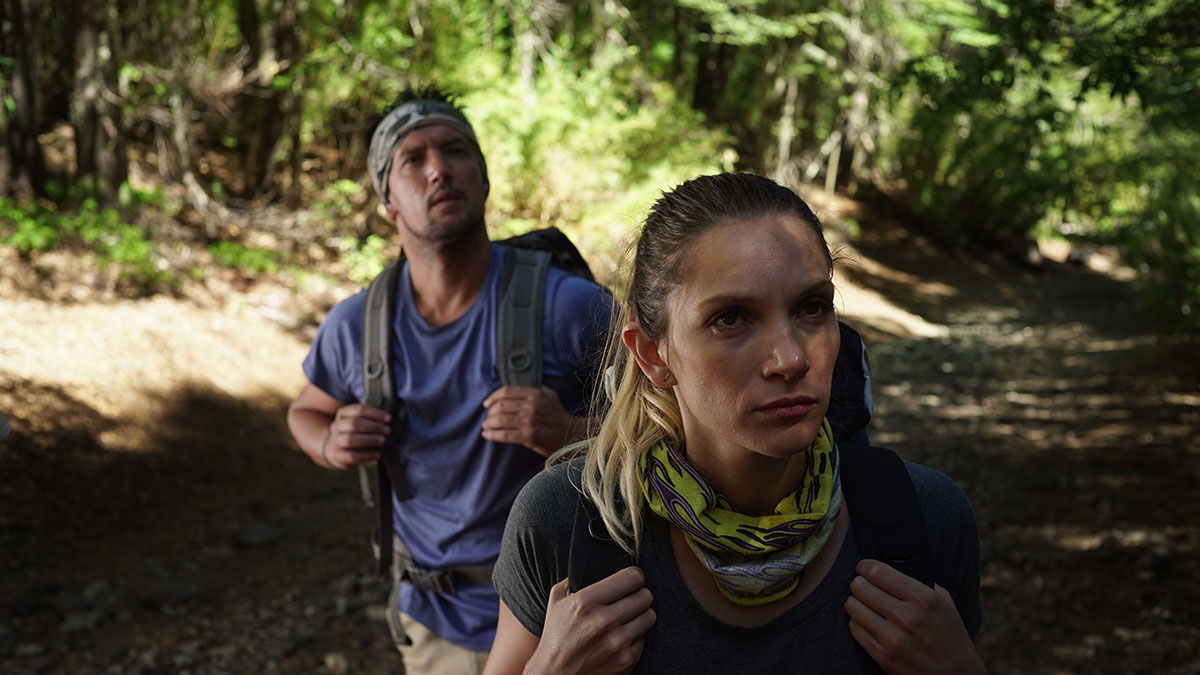 Campers Kevin (Domingo Guzmán) and his girlfriend Evelyn (Romina Perazzo) pitch their tent for the night and after having sex, they fall asleep. In the night Evelyn is woken up and when she leaves the tent, she’s abducted by aliens. Kevin discovers her distressed and disoriented, and after taking her to a doctor the couple discovers that Evelyn has been impregnated. As the entity inside her starts growing at a rapid pace, Evelyn becomes bloodthirsty and her cravings lead her to murder.

‘Embryo’ is the latest film from Chilean director Patricio Valladares and it looks to put a new twist on the alien genre. The film starts off well with a good build-up to Evelyn’s abduction and the aftermath is told well too. The viewer doesn’t always know what’s going on but Valladares’ direction allows you to feel as disorientated as Evelyn is once she’s returned from her abduction. Once her cravings start to take over her body, the film pays a few nods to Cronenberg’s classic ‘Rabid’ as Evelyn becomes insatiable for human flesh but feels regret the minute she realises what she’s done.

Unfortunately once you get invested in Kevin and Evelyn’s story, the film keeps cutting away to video tape footage of other couples that have been abducted to show glimpses of their stories. I understand that Valladares is trying to show a wider world that has been impacted by the alien abductions, but I found it broke up the main narrative and was unnecessarily distracting. With the film running at only 72 minutes, I would have rather spent all of those in the company of the two lead characters.

When the film focuses on Kevin and Evelyn, it’s strong and I was hooked. The minute it switched away from them, my interest started to wane and that’s a real shame. The performances of both actors – Romina Perazzo and Domingo Guzmán – are really good, particularly Perazzo once her character has been impregnated. Some of the scenes are actually quite shocking and they do leave a lasting impact.

‘Embryo’ has a lot of potential but the switching away from the main narrative left me frustrated. I can understand what the Valladares’ intentions were but sadly the execution made me feel a bit disconnected. What he has pulled together here, on a small budget, is impressive but a bit of a stronger focus on the story in the editing room would have benefitted the film hugely.