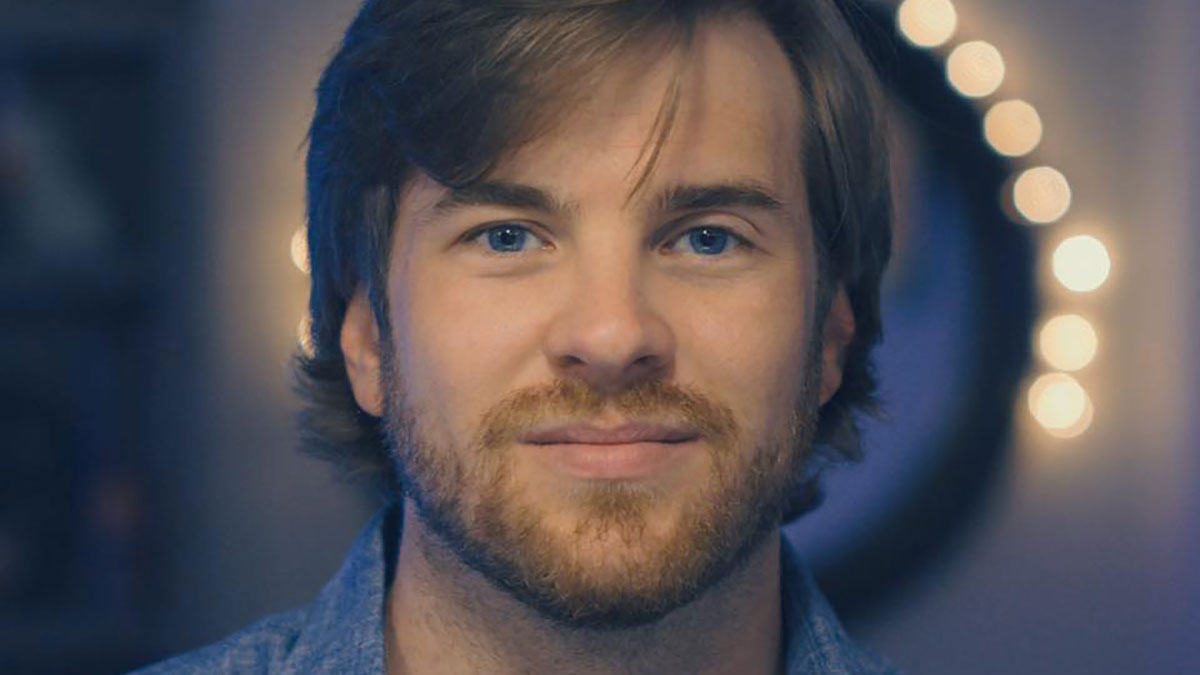 If you’re a fan of tongue-in-cheek 60s horror then you need to make sure that ‘Cyst’ is on your watch list for Arrow Video FrightFest this week.

From film-maker Tyler Russell, ‘Cyst’ is sure to have you laughing and feeling nauseous in equal measure. One of the wackiest films in the line-up for the festival, ‘Cyst’ is something you need to see to believe.

I caught up with Tyler to find out more about the film, talk about his perfect casting, and to discuss the films that have inspired him…

Hi Tyler. How are you today and what have you been doing to distract yourself from the pandemic?

I’m doing great, getting used to the new normal! A lot of ping pong and movies are keeping me sane.

Your new film ‘Cyst’ is having its World Premiere at Arrow Video FrightFest this month. What’s it all about?

‘Cyst’’ was made for the classic monster movie audience and we couldn’t ask for a better festival to premiere at. I wanted to make a fresh take on this genre. Bring in the cult horror actors, the body suit monster, the machine that goes wrong, the over-the-top doctor, and the badass female heroine; you get ‘Cyst’.

‘Cyst’ is bonkers in the best of ways. How on earth did you come up with the concept?

I had just worked with Eva Habermann and George Hardy as an English ADR Director on ‘UnderconTroll’. Having worked with both of them and seeing how much fun they were together we discussed making a film together. I recently visited George in his hometown in Alabama and got to see the man doing his real full time gig; being a dentist. As soon as I came in, George’s dental assistants, who wore pink with big shiny white smiles, greeted me. Soon after, George came into the waiting room, wearing all black scrubs and blinding my eyes with the largest glowing smile and happy squinty eyes you’ve ever seen. George looked ‘amazing’ in all the best ways. As I sat in the waiting room I thought, “if George actually went insane here, this would make a pretty funny movie”, NEVER thinking we would actually make “Cyst”. Shortly after, I had a meeting together with my close film family, Eva, and George, about movie ideas. The last pitch I made was ‘Cyst’ (which I did almost as a joke)….EVERYONE incysted on making ‘Cyst’…(que pun sound fx). So…we couldn’t recyst! (explosion fx).

One of your leads is George Hardy, who is a bit of a legend in the genre. How did you get him involved and what was he like to work with?

George came in for a small role for a day on my first feature film as director ‘Here Comes Rusty’. That was by far one of my favorite days of filming. I had such a great experience working with him that I wrote a lead role for George in ‘Texas Cotton’. He’s a positive and hilarious guy, the crew loves him on set. I think he has a super power; a smile that gives off positive energy. I’ve worked on four projects with George as an actor and as long as he still wants to act, he’ll always be offered roles in my films.

Eva Habermann is your other lead and she really gets put through the mill over the course of the film. Why did you feel she was right for Patricia and how game was she about being covered in goo and slime?

Eva is an absolute champ. Seeing Eva in ‘UnderconTroll’, it’s clear she is going to give any project 110%. She already had great chemistry with George so it was easy to see them ‘going at it’. When she first read the script, she immediately understood it, got the comedy, and had memorized how many times she was going to be covered in weird goos. I can’t say how thankful I am to have worked with someone like Eva for the lead.

The cyst monster, played by Kyle Roberts, must have been quite a feat to achieve. How did you come up with the final look and bring that into reality?

Kyle and the team at Tolin FX took the reins for how the monster looked and operated. The first call we had with them about the script, we had no idea how ANY of it was achievable. “Can we…um…have a cyst ball…grow legs and jump onto someone?”….’Yeah, we can do that.’…………Are you sure?!…’Yeah. What else?’ They had a plan for everything. It was a blast working with Tolin FX.

As ‘Cyst’ is a loving homage to the monster movies of the 60s, tell us which are your favourite films from that time and why?

Roger Corman and Hitchcock films are my favorite monster filmmakers from the 60s. I wanted to blend a lot of my personal favorite horror films (‘The Thing’, ‘Reanimator’, ‘The Blob’) into some Coen Brothers and Tarantino comedy that you wouldn’t regularly see in this type of film, BUT you’ve probably seen people act like this in real life. I wanted to keep ‘Cyst’ interesting throughout and bring a lot of different emotions for the audience.

What’s your next project?

I have a few projects on the horizon. Maybe Cyst 2? Maybe even an alien film with Greg Sestero and Tommy Wiseau??

‘Cyst’ has its World Premiere at Arrow Video FrightFest on Saturday 24th October at 2.30pm. For more information and tickets, please visit www.frightfest.co.uk.