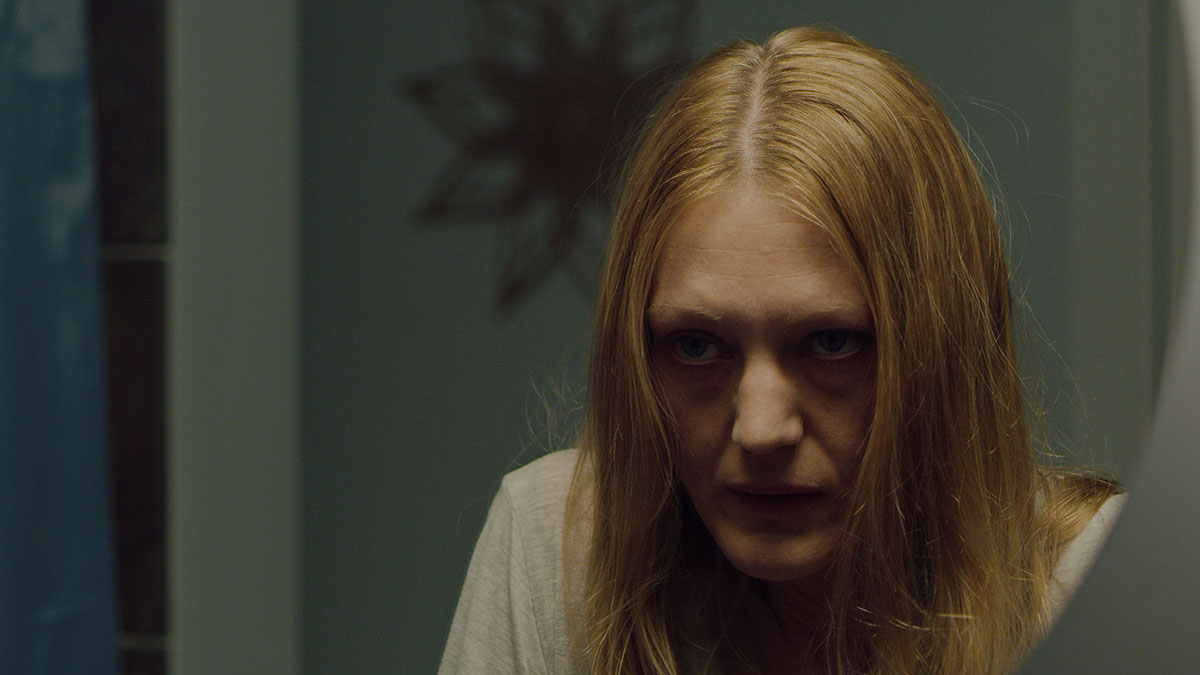 School teacher Holly (Azura Skye) seemingly has a perfect life – a loving husband climbing the corporate ladder, two children and a beautiful home. Behind the façade is a woman trying her best to keep it together as her family, and the world around her, treats her with complete indifference. Nightmarish flashes and blackouts start to make Holly question what’s reality and what’s fiction, and she begins to unravel as her mental state begins to deteriorate.

The Swerve is the feature debut of film-maker Dean Kapsalis and it’s a crushing exploration of how mental health can take everything away from a person. At the beginning of the film, Holly is always in a state of ennui and unsatisfied with how her life has turned out. If she’s not being ignored by her children, she’s being humiliated by her alcoholic sister Claudia (Ashley Bell) or criticised by her mother. The appearance of a mouse in the house is the straw that breaks the camel’s back, and it’s that seemingly insignificant occurrence that triggers Holly’s descent into madness.

The one bright light in Holly’s life is her student Paul (Zach Rand) who takes a keen interest in her despite the obvious legal implications of them having a relationship. For Holly she’s being seen by someone and against her better judgement she indulges his infatuation in the hope that it will break her out of her funk. Of course, the relationship further complicates matters as Holly deals with her actions and battles with flashes that could be memories or dreams.

Director Kapsalis slowly builds up the misery that’s heaped upon Holly, with each incident taking a greater toll on her than the last. The camera always feels quite tightly focused on her, adding a layer of claustrophobia to Holly’s ever-increasing misery. The colours are washed out and pale, much like Holly throughout most of the film, and Kapsalis draws out Holly’s pain through a series of awkward and disappointing scenarios.

At the centre of the film is a tour-de-force performance by Azura Skye. She throws herself into the role of Holly with serious commitment and her transformation over the film’s duration is pretty shock to witness. At the start of the film she seems relatively together, even if she’s incredibly dissatisfied, but her unravelling is visually quite shocking.

The Swerve is super character study that highlights just how quickly, and easily, a person’s mental health can turn them into someone no one around them recognises. Holly is failed by her family and society, left to languish and deal with her issues without anyone ever bothering to show an ounce of care or concern. For a debut feature Kapsalis knocks it out of the park and the film reminds me a little bit of Carlo Mirabella-Davis’ fantastic Swallow, which dealt with similar themes. By the end, The Swerve is brutal and heart-breaking, and it’ll stay on your mind long after you’ve seen it.