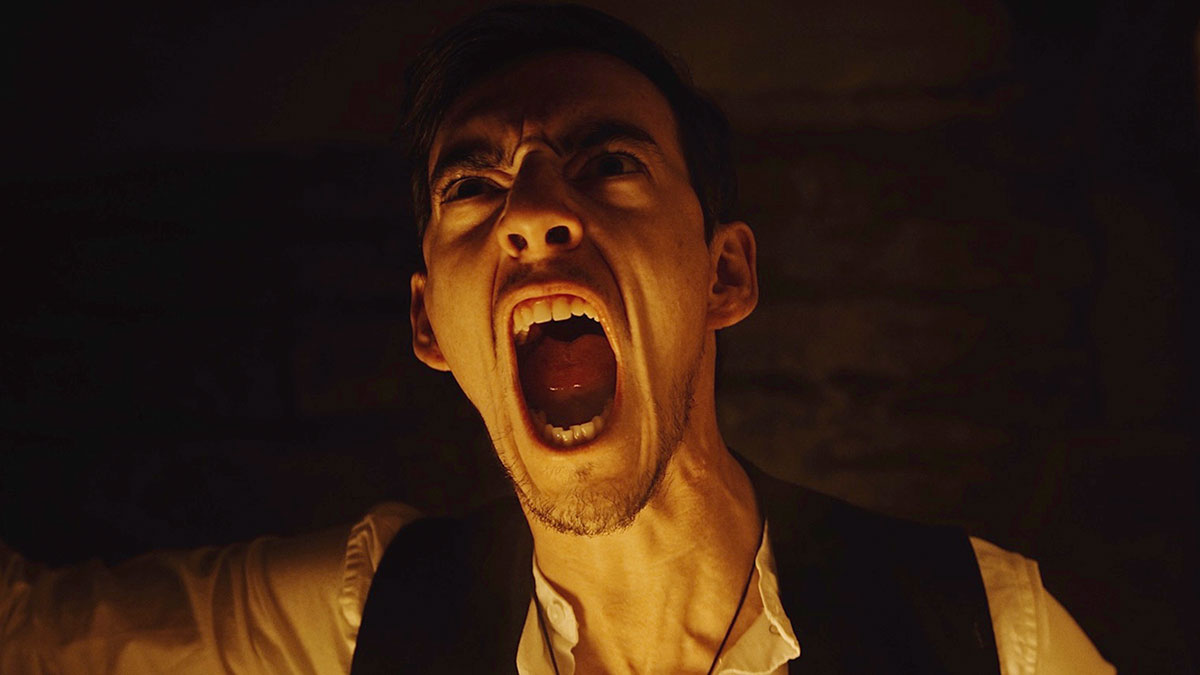 Horror writer Jack Travis (William Holstead) moves into a castle in Scotland with his daughter Bee (Grace Courtney) to get inspiration for a new theatre show he’s working on. The castle has a dark past that Jack begins to unravel and his work gets the attention of neighbours Jenny (Helen Mackay) and Callum (James Rottger). As Jack throws himself into his work, he fails to notice that Bee is getting lured in by the evil that’s hiding within the castle walls.

Playhouse is the feature film debut of Fionn and Toby Watts aka The Watts Brothers. The film’s premise suggests that viewers are in for a haunted house treat but that’s not quite what’s delivered here. Playhouse is big on atmosphere and the intriguing premise does you hook you in. We spend more time, at least initially, with Bee than her father Jack so naturally she’s the character you sympathise with. A child of divorce, and not wanting to live in a creepy old castle, she’s a bit of a misfit who is not really understood by her friends or her father.

I would have liked to have seen the relationship between Bee and Jack explored more than it is. We don’t really get a proper understanding of their relationship and all we really find out is that Jack was a young father when Bee was born and she believes she was never wanted. The film concentrates much more on the mystery of the castle, which isn’t as cohesive or coherent as it could have been. As the evil within the castle takes over both Bee and Jack, neighbours Jenny and Callum try to stop it, and their connection to everything is revealed.

In the film’s second half Jack becomes more and more erratic, and unfortunately that means that William Holstead’s performance becomes very OTT. He’s better in the first half but in the second half he steps almost into pantomime. Grace Courtney is much stronger as Bee and Helen Mackay and James Rottger give more grounded performances as Jenny and Callum. For me, Holstead’s performance needed to be more restrained and menacing but playing it the way he does, just didn’t really work.

Playhouse is a debut feature film so you wouldn’t expect it to be perfect. There are issues with pacing, particularly in the first half, and The Watts Brothers don’t quite deliver the climax you’re expecting as the film progresses. There’s stuff to build on here for sure such as the mostly good performances and the knack for atmosphere The Watts Brothers have. What needs most work is the storytelling. There’s a good idea in Playhouse somewhere but it gets a little bit buried by the end of the film.