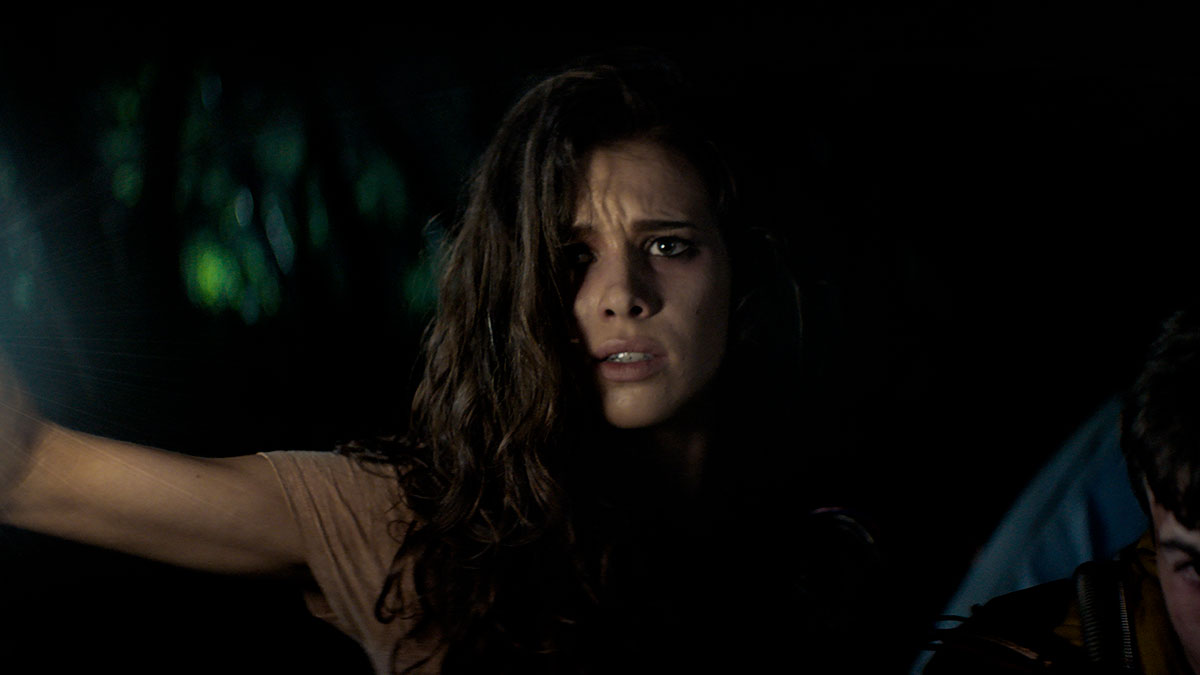 Nine friends go camping in the woods together for a wild night of hook-ups and partying. After crashing out, the friends wake up to find suicide vests strapped to their chests and discover they are part of a deadly game. With each of the friends battling against a timer displayed on the vests, they realise they have to kill each other in order to survive and win the game.

At the heart of Triggered is a good premise. Taking a leaf from the Saw franchise, the film puts a group of friends into an impossible situation where the only solution is for the human survival instinct to kick in. Add to that the complication that the group has been hiding secrets from one another, and the vests aren’t the only ticking time bombs. It’s explained early on who is behind the deadly game so there’s no mystery there but there is a plot line that unravels in terms of which one of the group is responsible for their predicament.

Starting off strong Triggered starts to fall apart once the game begins. The friends realise that only one of them will survive so they either have to work together to try and save everyone, or battle each other to claim victory. Of course working together goes out of the window quickly and the film turns into a series of repetitive sequences of the various friends running around in the woods. For a group that is short on time, they sure do spend a lot of time chatting about their secrets and having heart-to-hearts.

That’s where the problems start to creep in. You never get to know enough about any of the characters to care who lives or dies. Some characters have complete personality transformations to serve the advancing of the plot and it doesn’t feel authentic. The player jock Ezra (Steven John Ward) becomes the hunk with a heart while the nerdier Kato (Russell Crous) becomes incredibly unhinged and maniacal. The female characters are treated worse with many of them being indistinguishable from the next, apart from high achiever Rian (Reine Swart) who does make some impact.

At times it feels like Triggered is trying to be meta and self-referential (it even mentions Saw in the dialogue) but it never fully embraces the absurdity of the situation. The dialogue isn’t great either, featuring too much exposition to explain what’s going on so when the characters drop a quip here and there, it feels very out of place. The overly complicated dynamics of the group doesn’t help as there’s way too much outside drama thrown into the mix that serves only to give each one some kind of motive for wanting to kill the others.

I went into Triggered with high hopes but sadly I was disappointed. The premise of the film is brilliant and I can see what the film-makers were trying to do. Unfortunately it’s let down by sloppy dialogue, an overly convoluted plot and a cast of characters you simply don’t care about. Triggered could have been campy, funny and really enjoyable but it falls down just as it’s starting to get going.