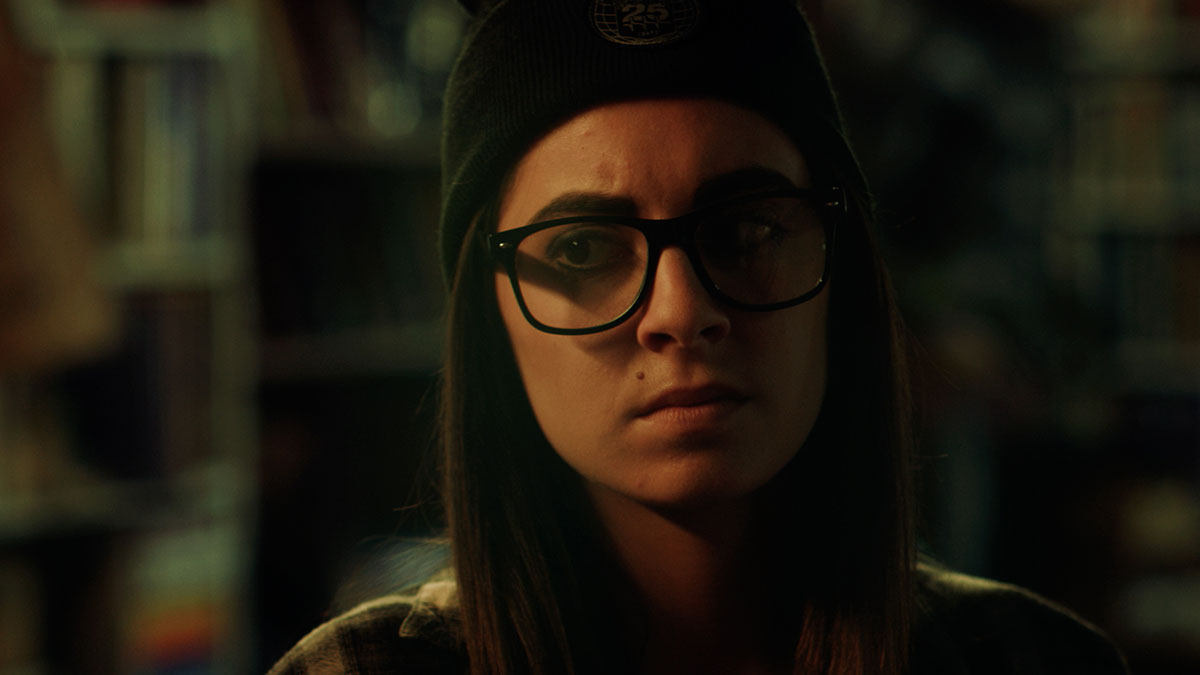 Arrow Video FrightFest 2020 kicks off tonight and horror fans are in for five days of fantastic films that they can enjoy digitally.

One of the films showing this weekend is Patrick Rea’s ‘I Am Lisa’, which has its World Premiere at 7pm on Friday 28th August. The film is a fresh take on a werewolf story and it’s sure to be one of the festival’s big surprises.

I caught up with Patrick to talk about the film, discuss the casting and find out about the challenges he faced when making it…

Hi Patrick. How are you today and how have you been keeping busy during the pandemic?

I’m doing pretty well. I’m currently working on several editing projects which have kept me busy through most of the pandemic thus far. Also my two little girls have kept me overwhelmingly busy.

Your film ‘I Am Lisa’ is going to be shown as part of Arrow Video FrightFest this month. Firstly tell us what the film’s all about…

The film tells the tale of Lisa, who is running her late grandmother’s bookstore. She finds herself at odds with a group of girls in the town and soon falls victim to an assault led by the town’s vicious local sheriff. Left for dead in the woods, she is bitten by a wolf and begins experiencing changes and a hunger for revenge. The film was shot entirely in the Kansas City, Missouri area.

I was approached by the film’s writer Eric Winker several years prior to filming. His son Owen had been cast in a different film I directed, and the subject of ‘I Am Lisa’ kept coming up. I really liked the concept of a female driven revenge film with a mixture of the werewolf genre, so I remained intrigued for several years. Eric was eventually able to secure some financing to shoot the film very inexpensively in Kansas City, and in the summer of 2019 we went for it.

The film features a very strong performance from Kristen Vaganos as Lisa. What was she like to work with and why did you feel she was perfect for the role?

Kristen was absolutely amazing to work with. I keep recommending her to anyone who needs a talented actress. It was clear after the first few days of production that she and I could pretty much read each others minds on various decisions being made.

Everyone involved with the production knew instantly from her initial audition that she had the right balance of strength and innocence to carry the role.

What would you say were the biggest challenges you faced when making this film?

We had a number of challenges. The script had a lot of locations for such a small budget, so we had to do our best to find ways to consolidate. Several locations, such as the movie theater, bookstore and Lisa’s apartment were on the same block, so we didn’t have to do big company moves with the crew.

One of the other challenges was that we were shooting in the hottest month of the year. There were several days where we were under a heat advisory and the scenes took place outside. We had to do our best to keep the crew cool, and hydrated.

The effects and the make-up in I Am Lisa are impressive. Tell me a little bit about how those were brought to life…

Jake Jackson was the magician behind the film’s practical SFX. He did an amazing job and was under a lot of pressure since a few deaths had to be done in only one take. From the early stages of production, Jake and I were determined to do all the gore effects practically, which can always be a challenge on the actors and schedule.

Principal photography was only 14 days, so Jake had to really prep the effects early so they would be ready on time. One of the best memories was shooting one of the death scenes in a public park at night. The mayor and several city council members came to watch from their cars. I knew the effect was going to take a couple hours to prep and they would eventually get bored and leave. Sure as hell, after about 45 minutes the mayor and council members left, but the effects gag went off without a hitch. Well, besides the camera getting hit with some blood.

Why should people check out I Am Lisa at Arrow Video FrightFest?

I think it’s a fun movie that does a good job of mixing the revenge and werewolf genres in a fresh way.

I also think they should check out to see some strong performances by our primarily female cast. Manon Haliburton is great as the film’s primary villain. Our other great cast members includes; Jennifer Seward, Carmen Anello, Sarah McGuire, Millie Milan, Chris Bylsma and Shawn Jones.

Also, I think the film does a good job of not relying on CGI, so that should be appealing to a lot of horror fans. The film’s score by Natalia Perez is a highlight as well.

Which films would you say have inspired you as a film-maker?

Answer: I always seem to pick films that were either directed by Steven Spielberg or John Carpenter. When I was a kid my favorite films were Raiders of the Lost Ark, Poltergeist and Jaws. But I do believe that the films of John Carpenter between 1978 and 1988 are probably some of my biggest influences.

If you could have directed any horror film, which one would you choose and why?

That’s a really tough question. There are so many that I admire. For me Poltergeist would probably be my choice. I feel like that movie captured lightning in the bottle for being a studio made horror film. The film manages to create memorable and relatable characters and mixing them with big optical and practical effects while still delivering the scares.

I’m currently working on a number of projects. One is a sequel to a 2013 film I directed titled “Nailbiter”. I’m also working on a television series with my “Enclosure (Arbor Demon)” co-writer Michelle Davidson. The biggest challenge now is trying to find projects that will be achievable during the age of COVID. I’m reworking scripts that were originally a bit larger that can now be made with a smaller crew and fewer locations.