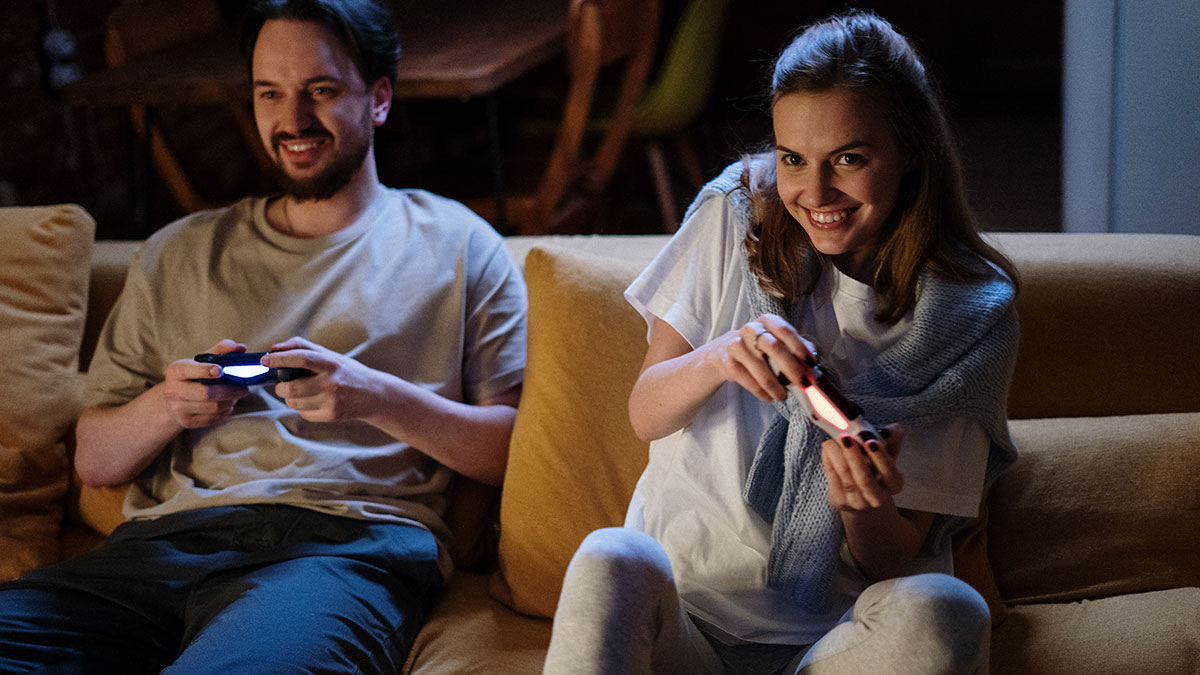 Analysing the gaming trends of male and female players can indicate which genres are popular.

Almost everyone in the world is a gamer.

Well, that statement may be slightly exaggerated, but there are significant portions of the population who would either define themselves as gamers or who could be said to play some kind of game regularly.

As gaming has pervaded so deeply into our lives, genres are more fluid than we would expect. While gaming invokes a huge cross-reference of pop culture, is there one particular genre than shines brighter than the others? What is the world’s favourite gaming genre?

Web browser Opera has conducted an important research project that aims to assess the habits of gamers on a global scale. Having collected data on these habits from 191,000 people from the UK, Germany, Russia, Poland, the USA, and Brazil, the findings may surprise certain parts of the gaming community.

The male/female divide in gaming has been patched up in recent years. A spate of games that appeal to everyone and the accessibility of being able to game on mobile devices has meant that women are more likely to be gamers than their traditional male counterparts. But does the gender split affect the kinds of games they play?

Male gamers seemed to tend more towards action and adventure games. 65% claimed to play first-person shooter games, while 52% played action games, and 45% opted for RPGs. The rise of eSports and the improved graphics in these genres proves why they are such hits. Indeed, many RPGs are enjoyed for the concentration and memory skills they help develop in players.

Female gamers, on the other hand, tended to opt to play adventure games (61%). A larger percentage of female gamers also played RPGs (56%), while 42% played action games, 40% MMORPG, and 31% strategy games. This information is useful to developers as they begin to tailor games to those that might be more likely to play them.

Sedate life simulation game Animal Crossing does incorporate some elements of peril, based on our love of action games.

The time we spend gaming also influences what we might like to play. The longer we game, the more likely we could be to flit about to other genres. Though, some would argue that the longer they play a particular game of a certain genre, the more they become invested in it. 31% of respondents claimed to spend between three- and four-hours gaming per day, while 30% spent five to six hours, and 39% confessed to gaming for seven hours or more every day.

What Can Developers Learn from the Genre Findings?

Identifying the most popular genres is important for the wider industry of gaming. Not only does this information help create gaming franchises that have longevity and that provide experiences that gamers actively like, but it also helps to inform other areas of gaming.

Both male and female gamers enjoy playing action games and RPGs. The elements of these games can then be stripped back. Action games have fast plots, elements of danger, and require the gamer to think on their feet to propel their character to safety.
For instance, Animal Crossing, a game about making friends, has elements of danger and action that disrupts its general warm tone – such as when bees or huge spiders appear in front of the character prompting you to escape them. Although this is relatively tame, this idea of escape and evasion can be seen more prominently in more stealth-action oriented games, such as Hitman.

Moreover, as first-person shooter games remain popular, incorporating these elements into RPGs and adventure games can help sell the games to a wider range of people. Sports games, for example, often have a manager mode, which takes a completely different type of gameplay and skills. Some sports manager games are more like RPGs than typical sports games. But offering both styles of gameplay helps appeal to sports fans who want to play the fast-paced sport games and those who want to make logistical strategic decisions.

RPG elements may begin to surface in other games – such as different skillsets for different playable characters, and the need for cooperation and teamwork to ensure all of these features and characteristics work together. Multiplayer modes are frequently borrowing attributes of RPGs.

The themes of each genre can be adapted to other forms of gameplay. For example, zombie games are traditionally more horror-based, but modern iterations now involve elements of action and adventure games, such as with Day’s Gone.

Elsewhere, The Legend of Zelda: Breath of the Wild leans into the puzzle element of the adventure game more so than previous titles. The game allows players to embark on side quests that take many different forms away from the traditional series gameplay.

The online casino industry is a good example of how multiple different genres can be used within the same style of gameplay. Most slot gameplay revolves around three or five reels with wild symbols and other game-specific elements. But each title is completely different from another, depending on which genre the developer has created the game for.

For example, the Treasure Temple slot game on Wink Slots merges action-adventure aspects of the tomb raiding genre with traditional slot gameplay. This appeals to original fans of action games, while merging the tension felt in casino slot gameplay with the excitement and adventure that traditionally comes with the wider industry genre.

Furthermore, the Battle Royale slot on the site is themed around classic RPGs and takes influence from the character archetypes found there, while the Cluedo Spinning Detectives slot is inspired by the puzzle/board game of the same name, the structure of which mould perfectly with its digital slot form. Each one uses the same overall gameplay – set a stake, spin the reels, but can be easily re-shaped and formed across multiple different genres.

How Can Gaming Attract More Players?

Analysing quantitative data from players can be useful – if it is then used to help improve the gaming landscape. What can gaming do to appeal to even more players using this knowledge of what genres are most popular?

Developers Can Listen to Their Fans

Fortnite, for example, constantly asks its players what would help improve their gaming experience. By learning from those who play the game, developers are more likely to retain players.

Similarly, when the PlayStation brings back classics from the original models for its later console launches, listening to fans can determine what might sell. This worked for Crash Bandicoot and Spyro the Dragon when they were remastered based on fan interest.

Indeed, gaming has long been influenced by pop culture – as we can see from the proliferation of Star Wars games.

Could Genres Be Abandoned?

By appealing to a wider range of people, the games are likely to attract a bigger audience. If someone begins playing a certain type of game and enjoys an aspect that has been borrowed from a genre they have never played before, it may convert them to being a fan of that genre. The broader the appeal, the more players, which means the developers will have a greater scope to develop the games and franchises in the future.

Gaming genres may be changing. The future of gaming involves a lot more of a crossover of the kinds of genres and gameplay elements that gamers are going to want to engage with. Successful examples will lead to breakthroughs for the industry. Action games could begin to include elements of puzzle-solving, while lifestyle simulation games may have more moments of peril and tension. Mini-games and side quests will help introduce players to a wider world of gaming.

The survey results show that action, adventure, and RPGs are the most popular gaming genres, so it wouldn’t be a surprise if these styles of gameplay were found in other areas of gaming.