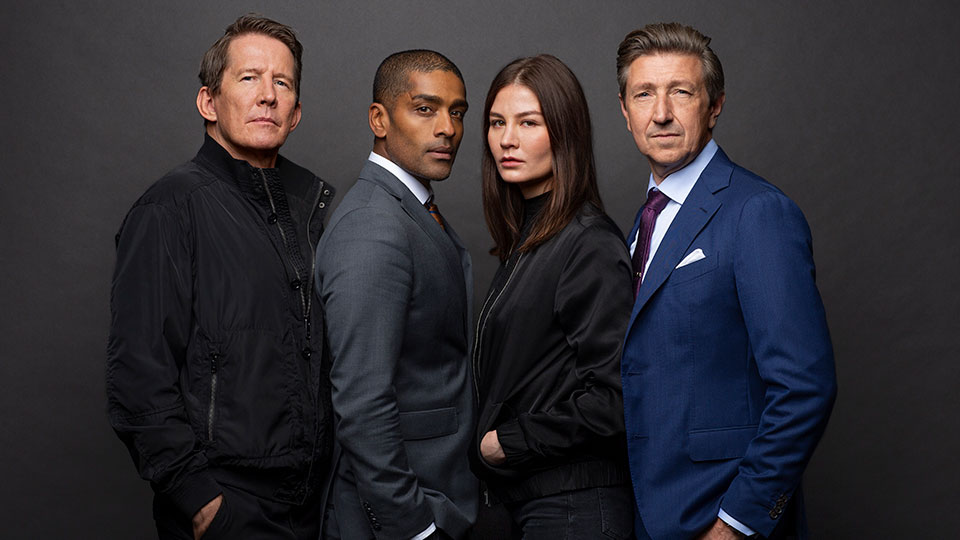 The lawyer in question is Frank Nordling in this slow-burning Danish Nordic Noir thriller. Played by the fabulous Alexander Karim (known for the TV series Tyrant, Arne Dahl and a couple of Hollywood blockbusters – Zero Dark Thirty and Dying Of The Light), Frank and his adoptive sister, Sara – played by Malin Buska – a police officer, put away the nasty piece of work Thomas Waldman at the end of Season 1.

If you want to avoid spoilers for The Lawyer, stop reading now.

But Frank is hiding a dark secret about in incarceration of Waldman’s daughter, Therese; and when she commits suicide in prison, he feels guilty that he might have been inadvertently complicit in her death.

So when Sara gets a tip off from an inmate in the adjacent cell to Therese that there might be more to her death than was reported, that compels Sara and Frank to pursue one of the guards who was on duty that night, and to check the autopsy into Therese’s death. From what they learn, Frank has grave suspicions about her death and believes she was the victim of murder.

Frank ends up forming an unlikely alliance with Waldman as he investigates further, risking his own life, and his marriage. Frank’s wife, who is busy bringing up their young baby, isn’t happy that her husband is still involved with the Waldman family; and who can blame her? She decides to take their young child and leave Frank to his pursuits.

There’s plenty of action in this show – there’s an exciting attempted jailbreak early in the opening episode – and some interesting characters. Waldman – played by Thomas Bo Larsen – is a quintessential antihero. You can picture him as an East End villain. Whilst he’s inside, his business interests are being well looked after by his glamorous wife, Iben, who manages to smuggle out messages from her husband to his gang in her underwear.

The first season won all sorts of plaudits and awards, including Best Television Drama and Best Actor for Alexander Karim at the Kristallen awards. And it is now the most watched series ever on Viaplay in Sweden and Denmark. And you can see why. It’s beautifully acted, well-scripted and has some intriguing characters. It’s a traditional Scandinavian thriller – the type of thing that they do so well in that part of the world. And it’s the sort of drama that gave Walter Presents their reputation as the leading purveyors of Nordic Noir.

If you liked The Killing, The Bridge (the locations are the same as The Bridge – Copenhagen and Malmo) and all those great shows, this will undoubtedly float your boat, too.

Walter Presents: The Lawyer season 2 premieres on Channel 4 at 11pm on 9th August. The full series is available as a boxset on All 4.

In this article:The Lawyer, Walter Presents