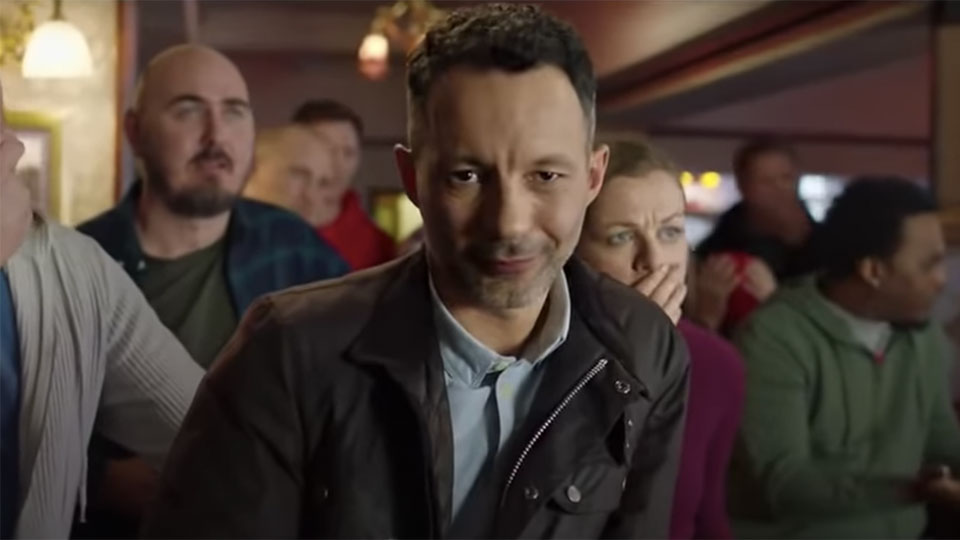 Marketing executives often come under intense pressure to think outside of the box when it comes to grabbing the attention of viewers with their television adverts, especially when you remember they only have 30 seconds to a minute to do so.

It comes as absolutely no surprise that all across the world we’ve seen more and more daring ads hit our screens that really push the boundaries of what’s acceptable.

Interestingly, the bulk of bad taste ads tend to be aired (and removed from the air) in both the United Kingdom and Australia where viewers are able to make direct complaints to regulators who have the power to pull them from the air at a moments notice.

Here’s our list of just some of the most complained about adverts of the last decade and why they caused so much of a stir with viewers at home.

If you’re British then you’re already going to be well aware of Go Compare’s brand ambassador Gio Compario, the incredibly annoying opera singer known for his booming voice and flamboyant mannerisms. Well last year he hit the headlines for being part of 2019’s most complained about television advertisement.

Rather than follow the classic Go Compare ad format that sees the Tenor sing the brand’s theme tune, the distressing new ad shows Compario behind the wheel of a car that hits a falling tree and dramatically flips over.

Standing to the side of the road, real-life Welsh tenor Wynne Evans talks viewers through how having the right car insurance matters for when the unexpected happens, in the background Gio Compario crawls out of the severely damaged car before the ad ends.

The advert received 336 complaints from the public and severe criticism from road safety charity Brake!, which called the shocking ad “a serious misjudgement” and it claimed “trivialises” the deaths of people on British roads.

Despite a high level of discontent from viewers and organisations that promote road safety the ASA did not take any action and the advert continued to be shown.

In 2018 Australian health insurance providers iSelect produced an advert that showed an angry woman “aggressively” attacking a pinata in front of a group of children at a birthday party due to her frustration with her insurance provider.

Personally, we don’t see too much wrong with this advert if we’re being completely honest! However it seems that 715 complainants completely disagree with us!

One person said “I object to the level of violence and aggression demonstrated by the woman. She had a murderous look on her face. The sound of the stick making contact with the rabbit is unsettling, the advertisement also implies that violence to animals is okay.”

Another complainant said “The depiction of anger and violence portrayed by a distressed woman using a baseball batwhackingarabbitpintatawithchildrenwatching. It goes against current attitudes to violence and anger and portrays women in a negative light, and it is shown during family viewing time.”

Ultimately Ad Standards dismissed complaints that the ad was demeaning towards women and encouraged violence towards animals, however, the Board said the protagonist’s actions are “very violent and menacing”.

As a result of the complaints iSelect pulled the advert from television completely.

In 2015 the Advertising Standards Authority in the UK received nearly 2,500 complaints about a one-minute Booking.com advert, making it the second most complained about TV advert of all time… At first glance the advert is pretty inoffensive as it shows a number of families arrive at their holiday destination as a voice over builds anticipation.

During the advert the voice over says: “This holiday has been a year in the planning. And here you are standing, nay staring down your dreams… The rest of your holiday hinges on the moment you walk through that door… The door opens, you hold your breath and then you realise. You got it right.

As you can imagine most complainants took issue with the repeated use of the word booking as a substitute for a far more offensive word we don’t need to say! Many complainants suggested the adverts were likely to encourage swearing in children.

Strangely though, this advert was not so widely complained about in the United States or other European countries, where it was also aired.

A large number of the complaints in the UK may well have come due to the fact that it had been shown during the ad breaks for children’s films such as Harry Potter, Paddington and Night at the Museum. Ultimately the ASA chose not to pull this advert from the air.

In Australia popular bookmaker Sportsbet outraged citizens by running a television advert depicting a guy with his leg on a countertop ‘manscaping’ before a voice-over loudly interrupts him, forcing the man to slip and cut himself. The advert not only disgusted members of the public, but emerged as Australia’s most complained advert of all time, receiving 793 complaints in total.

Complainants called the ad “degrading” and “inappropriate” with one complainant saying “It is gross and creepy seeing a naked man behaving as though he is shaving his genitals in my lounge room.”

There was also outrage over the fact that Sportsbet suggested there was a link between betting and sexual success. One complaint published by the Australian Ad Standards said “This sends a false message to young males that gambling will improve their sexual appeal”

The complaints clearly haven’t deterred Sportbet from pushing the boundaries with their marketing campaigns as they’ve had a number of ads since that have collected an impressive number of complaints for their perceived offensive nature.

If you think Sportsbet’s efforts were shocking, there’s a bookmaker out there that’s ruffled far more feathers with their memorable ad campaigns in the United Kingdom over the years.

The controversy originally began in 2010 when they ran an advert showing a blind footballer kicking a cat into a tree rather than the ball. At the time it notched up 1,313 complaints, which at the time made it the third most complained about advert in the UK of all time.

The well-known TV campaign starring Rhodri Giggs publicised the bookmakers rewards scheme while making a number of tongue-in-cheek references to his famous brother’s long-running affair with his wife.

Their troublemaking doesn’t end at TV ads. In 2015 Paddy Power ran an advertising campaign in newspapers offering punters their money back if disgraced Paralympian Oscar Pistorius was cleared of murdering girlfriend Reeva Steenkamp.

The advert displayed a picture of Pistorious superimposed onto a statue of an Oscar award with the words “It’s Oscar Time. Money back if he walks” next to it. The UK’s Advertising Standards Agency received a total of 5,525 complaints from viewers who were furious that the ad not only mocked Pistorious’ disability but also took a very jovial view of the 29 year-old model’s death.

Will brands continue to push the boundaries with their advertisements?

Over in the United Kingdom those who have followed Paddy Power’s brazen marketing campaigns with anticipation over the years might wonder what they’re going to do next?

However they’ll be disappointed as it seems we might have seen the last of their shocking ads as a number of prominent MPs are calling for a complete ban on gambling advertisements as they look to force a complete overhaul of the gambling industry in the UK which would mean the end of Paddy Power’s adult gags.

Despite there being potentially huge changes coming with regards to gambling ads, we genuinely don’t see controversial ads for other products stopping any time soon.

The fact of the matter is that shock value works. It gets people talking and puts brands at the forefront of customers’ minds. When purchasing car insurance or placing a bet you’re much more likely to choose Go Compare or Paddy Power because you remember them from their television advertisements.

Whilst we are living in a world that’s become increasingly more aware of what is and isn’t acceptable, marketeers ultimately follow the money and aren’t afraid to take the plunge when it comes to their campaigns. Until they’re told to stop we’ll continue seeing shocking ads.