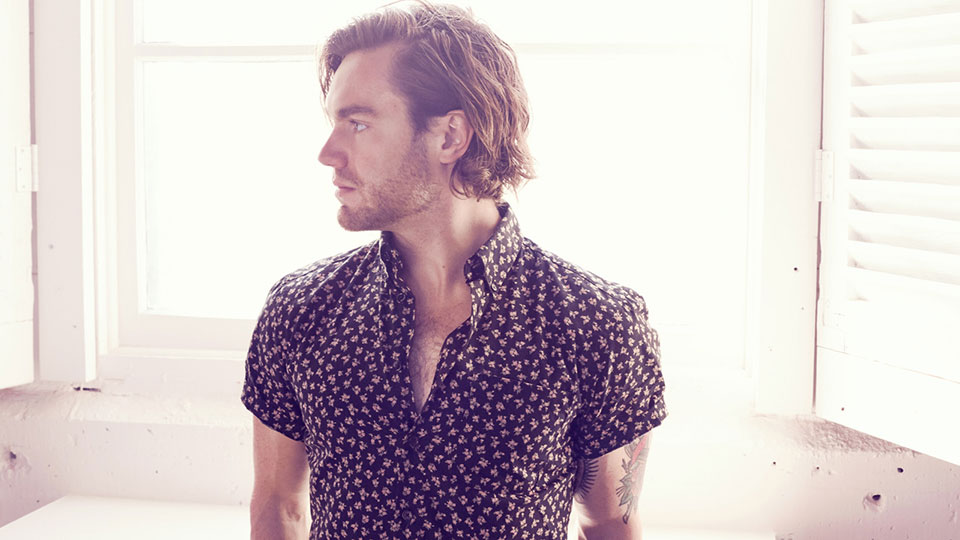 One of the most sought-after songwriters in the Canadian music industry, Aaron has over 500 songs in his catalogue and was nominated twice in the Song of the Year category at the 2019 Alberta Country Music Association Awards.

I caught up with Aaron to talk about his new single, his plans for future releases and his songwriting…

Hi Aaron, how are you doing and how have you been keeping busy during quarantine?

I’m awesome, thank you! Quarantine gave me an opportunity to practice and write a whole lot of songs, but I also spent more time than usual relaxing and hanging out with my family. As an artist, in some ways it feels like the pressure is always on to create and make yourself visible. It was honestly nice to take a little time to decompress and regroup.

You’ve releasing your new single I Don’t Drink Whiskey Anymore. What inspired the track and what can fans expect?

I wrote this song with three of the most skilled songwriters I’ve ever met (also three of my best friends). All four of us have been through some painful changes over the last few years. One of my co-writers went through a painful divorce, and around the same time I decided to give up drinking. Everyone has bad habits. For some, they come in a bottle. For others, they’re the people that shouldn’t be in your life but are anyways. We wanted to write a song about how even though it’s excruciatingly difficult to accomplish, there are few things more empowering than giving up a bad habit.

My long-time producers Spencer Cheyne and Justin Kudding produced this song and I couldn’t be happier with how the recording turned out. It feels soulful and powerful, which is exactly how I wanted it to feel. It’s definitely the most traditionally “country” sounding song I’ve recorded thus far.

Is the new single leading up to an EP or an album in the future? What’s your plan for new music this year?

Before quarantine, I recorded the bed tracks for three other new songs. As of this week, I’ve been able to get back into the studio, so I’ll be finishing them up as soon as possible. I feel as though in the past few years I’ve grown as a writer and that my unreleased songs are my strongest yet by a long shot. Although I don’t know when exactly, there will be a few more singles after “I Don’t Drink Whiskey Anymore” followed by an EP.

In addition to these songs, I’ve actually been writing a lot with a phenomenal hip-hop artist. The songs just started out as friends messing around, but they’ve started to turn into something I’m really proud of. I don’t know what it’s going to look like yet, but when the time is right, I look forward to sharing that project as well!

For our readers that might be introduced to you for the first time, share a little bit about your backstory and how you came to pursue a career in music…

Music has been a lifelong passion for me. I started out playing the violin when I was 4 and eventually picked up the electric guitar and started playing in rock and roll bands. I loved music more than anything, but earlier in life I didn’t have the confidence to consider it as a viable career option. I didn’t know what I wanted to do with my life but wound up going to university, getting a degree in political science and philosophy (with an additional minor in partying), and getting a job working in politics. I did this until I was about 24 and realized I was absolutely miserable. I was drinking too much, unhappy, and lost. I came to the realization I needed to devote my life to music, and that scared me. Eventually, I decided to prioritize my happiness over my fear, quit my job, and got to work figuring out how the hell I was going to make a living as an artist.

You were selected as one of 12 artists to take part in Project WILD. What has that been like and what has it done for you?

It feels like I grew more in the 6 months I was in Project WILD than I did in the previous three years combined. I learned about my business and my craft, and I had an enormous fire lit under my ass. I got to connect with incredible mentors and learned so many things that I have no doubt will prove invaluable in navigating the next few years of my life. Also, part of that program was to perform with a full band in a juried showcase. Preparing for that motivated me to take my full band show to a whole new level. I can’t wait to be able to do that again!

You received two nominations at the 2019 Alberta Country Music Association Awards. How does it feel to be recognized in that way and what do nominations and awards mean to you?

I’ve been working really hard over the past four years at growing as much as I possibly can as a songwriter. When I started down that road, I was really really bad. Fast forward a few years later, to see not one but two songs I co-wrote nominated for Song of The Year at the ACMA Awards was such a cool full-circle moment. So many of my peers are so ridiculously talented. To be recognized by people I respect and admire so much is truly humbling. As a songwriter, it’s truly a privilege to get to work with such dedicated, talented artists.

Which artists have helped to shape your music career?

When I was a toddler, my parents would have dinner parties and be able to leave me unattended for hours as long as they put an Eric Clapton record on. I was heavy into rock music growing up and idolized bands like Guns N’ Roses, Aerosmith, and Audioslave. I really wanted to be able to sing in a super high range like those guys, but had to come to terms with the fact that I have a much lower register. My biggest all-time influence would have to be John Mayer. I’m a pretty emotional guy, and his music gave me a framework for how I could use songwriting as an outlet and a coping mechanism. As I got older and started to study songwriting, I fell in love with country music and the Nashville method of putting songs together.

Right now, I am absolutely obsessed with HARDY and Morgan Wallen. Those guys’ craftsmanship just blows me away every time I put on one of their tunes. Also, I’ve been incredibly lucky to spend some time on and off-stage with a few great Canadian artists including Brett Kissel and Jocelyn Alice. Getting to do that reaffirmed my belief that being a genuinely kind and helpful person has a very real correlation with success.

This has been an extraordinarily difficult time for everyone, but especially artists who aren’t able to perform and connect with fans in the way they’re used to. What have you been doing to keep your creative juices flowing?

I try and write as much as possible year-round, and quarantine was honestly no different in that respect. What’s been really cool about the last few months is that I’ve had the opportunity to write with people I wouldn’t normally get the chance to. People down in Nashville are warming up to Zoom-writing, and artists everywhere are off the road and looking for new songs. I’ve had the good fortune to connect with some awesome people over the past few months and I can’t wait to see what songs come of it!

How would you describe your sound in one sentence?

John Mayer-influenced country music, with a spoonful of rock mixed in.

What are you hoping to achieve by the end of this year?

I’m proud of how I Don’t Drink Whiskey Anymore turned out, and hopefully in releasing it I’ll have the opportunity to meet more people, write more songs, make more music, and get more people to hear that music! I’ll likely be releasing one more single by the end of 2020, so stay tuned!

Thank you so much for your time and for the great questions! It’s been really nice to have the chance to talk about what’s important to me as an artist and a songwriter. Cheers!

Aaron Pollock’s new single I Don’t Drink Whiskey Anymore is out now. Take a listen to the song below:

Advertisement. Scroll to continue reading.
In this article:Aaron Pollock