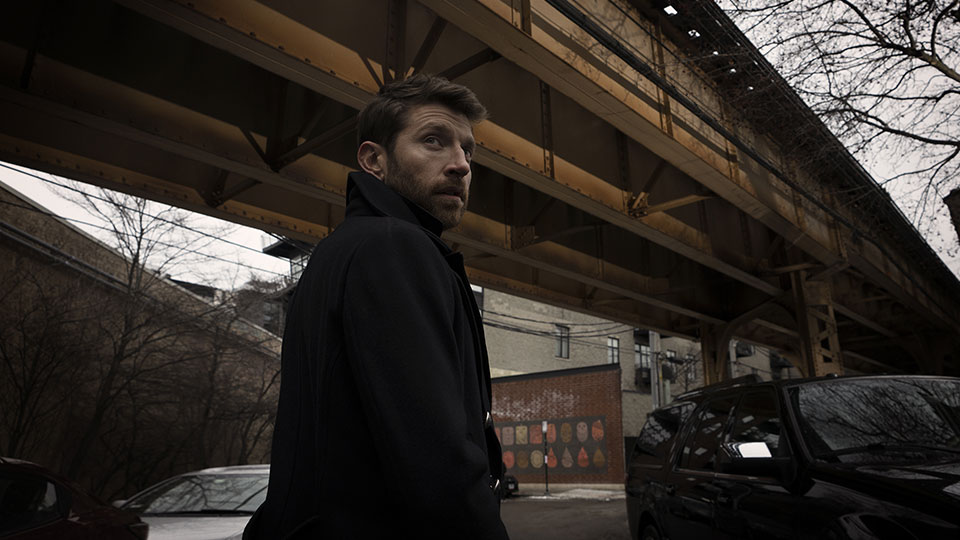 The journey to the release of Sunday Drive has been a deeply personal one for Brett Eldredge. The follow-up to his 2017 self-titled album, which was his second chart topper, Sunday Drive sees Brett shaking up everything that fans think they know about him (read our interview). Inspired by going on a journey of self-discovery after losing his spark, Brett cut himself off from social media and many of the things we take for granted in the modern world. He focused on seeking the things that truly made him happy in life and enlisted producers Ian Fitchuk and Daniel Tashian, who won Grammy’s for their work on Kacey Musgraves’ acclaimed album Golden Hour, to push him out of his comfort zone.

The end result is an album that is truly a masterpiece. Unlike anything we’ve heard from Brett before, Sunday Drive is the most authentic and honest he has ever been with his music. The record paints the portrait of an artist that has struggled with anxiety, the expectations he has on his shoulders and his own self-doubt. It also highlights someone who has struggled to understand his place in the world and never truly found the love that he’s been searching for. The good news is that as the album progresses, the listener is taken on Brett’s journey with him and there’s plenty of ups and downs along the way.

Where the Heart Is, one of the tracks that was released prior to the album’s arrival, opens the record and it’s an emotional start to the 12-track collection. Starting with an acoustic guitar melody, the production is sparse and slow-building, allowing the focus to be on Brett’s soulful vocal and the raw lyrics. He sings of ‘looking for something true’ as he begins his search for meaning and purpose. Vocally we’ve never heard Brett sing like this before, with every word ripped from the gut and every phrase filled with meaning and intent. As he sings ‘I want to feel alive’, he draws you into the song and from that point you’re hooked.

Once you’ve dried your eyes from that stirring opening, the album moves on to The One You Need, a song that finds Brett coming to the realisation that he can be a foundation and support for someone else. It’s vulnerable, it’s fragile and it’s beautiful. Again, as with much of the album, the production is sparse and it’s a far cry from the more produced and chart-friendly tracks Brett’s built a career on. The tempo picks up on the rousing Magnolia, one of the most Country-leaning tracks here, before giving way to the incredible Crowd My Mind. Brett sung the song during his UK headline tour earlier this year and it’s one of the highlights on this record. The piano ballad has a jazzy feel as Brett sings of being unable to get someone out of his head. It’s one of his best vocals on the record, and quite possibly one of the best songs he’s ever recorded.

During the mid-section of the record Brett finds optimism and hope on the uplifting Good Day, he puts himself out there in the hope of forming a romantic connection on Fall For Me, and reinforces the idea of living a life that’s full and without regret on the thought-provoking When I Die. The album’s centrepiece, and title track Sunday Drive, is a song Brett didn’t have a hand in writing and that he discovered while working as an intern at Universal Music Publishing Group. Feeling the song spoke to him deeply, it’s one he wanted to record one day and it’s stunning. The lyrics talk about being grateful for the important things in life and appreciating them while you have them.

The final third of the album kicks off with Gabrielle, the album’s lead single, a song about a near-miss with love while the bluesy Fix a Heart explores the idea of finding love to fix a broken heart after thinking you may never find it. Penultimate track Then You Do highlights the moments when life surprises you with events taking place that you don’t foresee. The album closes with Paris, Illinois where Brett comes to the realisation that the meaning he was searching for was in his hometown. It brings the album’s narrative to a satisfying and heartfelt conclusion, serving as a reminder that often looking inwards will give you the answers you desperately search for in life.

I’m going to say it now, there isn’t going to be an album that beats Sunday Drive in 2020, and quite possibly for a very long time. This is the work of an artist who is present and whose soul searching has been fulfilling and rewarding. Every single song is perfect and as a listener you’ll connect deeply to these stories, even if you’ve not experienced everything Brett is singing about. Sunday Drive is moving, it’s powerful, it’s honest and it is likely to floor you.