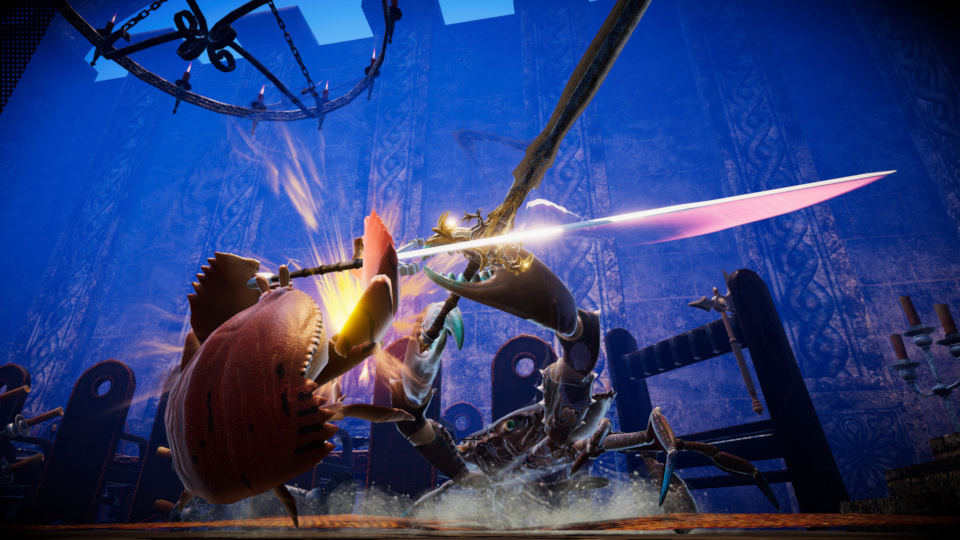 Yes, people, you read the name of the game correctly, Fightcrab is coming to PC and it’s a game about crabs. Crabs that fight to the death, with weapons. Fightcrab is the upcoming crustacean combat brawler from publisher PLAYISM and developer Calappa Games. It will be available on Steam from 30th July.

In Fightcrab you can arm more than 20 crab species, each with its own weight, arm length, and other characteristics, with nearly 50 outrageous weapons from hand fans to katanas and chainsaws. Dynamic arenas such as a playroom with a model train to avoid and a banquet hall with a chandelier to bring down on opponents adding to the crabsolute mayhem of 1v1 or 2v2 co-op and versus battles.

Watch the Fightcrab trailer below:

I found out about Fightcrab when my editor sent over the press release. At first, I thought he was having a laugh but after watching the trailer I’m not so sure. If this game is done correctly it has the potential to deliver a well-rounded melee combat game, plus it has crabs so that’s a plus, I think.

Fightcrab is available to wishlist on Steam now.

Check out some Fightcrab screenshots in our gallery below: