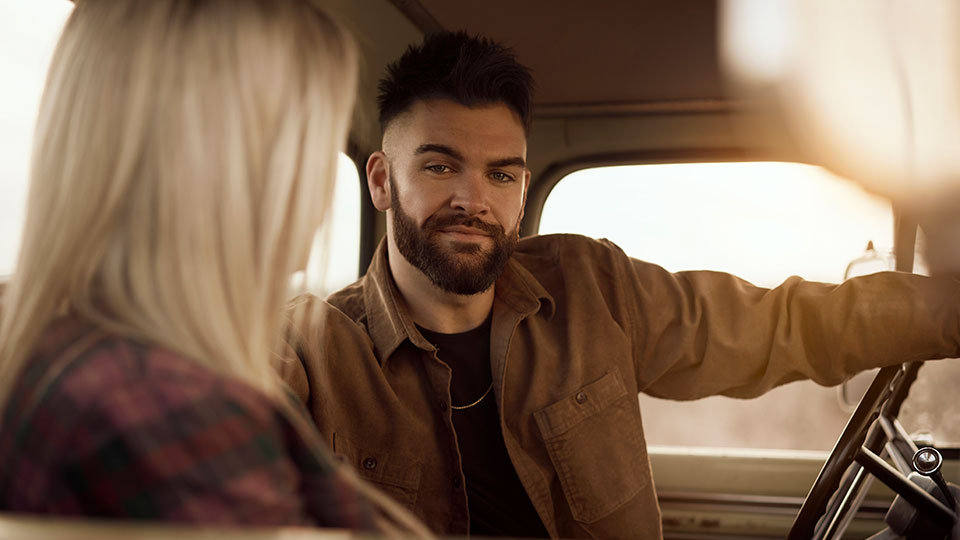 Dylan Scott released his self-titled album through Curb Records in 2016.

The set spawned the double Platinum number one hit My Girl and it’s established Dylan as one of the most exciting rising stars in the genre. In 2019, Dylan released two EPs – Nothing to Do Town and An Old Memory – the latter being a tribute to his hero Keith Whitley.

With a new album on the horizon, I called Dylan to find out what we can expect, talk about his success so far and discuss his love of Keith Whitley…

Man, first of all, thank you. It’s crazy, honestly. I mean, I’m just a guy who grew up a little small town in Louisiana. I had a dream of moving to Nashville and playing music. Now I’m living that dream and selling records and making fans. It’s crazy big to have a double Platinum for sure.

Watching your rise over the past few years has been incredible. You’ve been going from strength-to-strength and everything you do is bigger than the last thing. What’s the journey been like?

It gets better each year. Although it’s a weird year this year, we’re still going. We’re still making music and I’m working on a new album right now. It’s awesome. What’s really cool is to go play somewhere and then the next trip, go back to the same area and there’s double the people.

You mentioned that you’re working on a new album. How far along are you with that?

We just had our last session in the studio yesterday. We have an album basically. I’ve been spending my time down in Louisiana, which is where I grew up, since quarantine started and I’ve been going back and forth to Nashville working on this album. We’re pretty much done. I need to go back and do a couple of vocals and then it’s done. We’re looking at a first quarter release next year.

Your releases tend to do well and stick around for a long period of time, which impacts on your next release. Is it frustrating sometimes that you have to wait to put new music out or are you just grateful people are enjoying your songs?

A little bit of both, I’ll be honest with you. I’m always grateful. I’m grateful for everything, honestly, just to be in the business and do it and call it a job. It does get frustrating at times because I want to release more music and more music and more music. When a song is doing well and people are listening to it and streaming it, and playing it on the radio, it’s like okay, ‘well we’ll just let it burn out. Let it do its thing and then we’ll release another one. I’m just excited that this whole body of music done. I’m really looking forward to it.

In 2019 you released both the original EP Nothing to Do Town and the Keith Whitley tribute EP An Old Memory. The two releases were very different. Why did you decide to put them both out in the same year?

You know, I needed new music out and I had written these songs. We needed to put the EP out, the Nothing to Do Town EP, so we did that. Then I wanted to do a classic country EP. I’m a big Keith Whitley fan and I realised it was the 30th year anniversary of when he passed so it just felt right. It felt like we needed to do it in his memory so that’s what we did. It turned out better than I could ever hope for. It was a cool year last year releasing two separate EPs that were completely different.

An Old Memory saw you making music in a style that’s very different to what you’ve been known for so far. Were you surprised by the reaction it got?

I was actually. I didn’t know what to expect. It’s a little different than what my current sound is but that’s what I grew up singing, old Keith Whitley songs. He was my hero. I’m glad that everybody has enjoyed it. I’ve had people who technically aren’t fans of what I do currently, and I appreciate everybody’s got their opinion on what they like, but they do like the older sounding like Keith Whitley. That was cool. I think we gained some fans out of that.

One of the things I’ve always loved about you is that everything you put out showcases a completely different side of you whether it’s your original music, covering Keith Whitley or recording a Christmas album. I adore your Merry Christmas album and can’t wait to put it on again in a few months. Recording Christmas music is notoriously difficult so what was your experience doing that project?

That was different. We recorded Christmas music in the summer, obviously you have to do it before Christmas. We decorated the studio with Christmas (decorations) and made it feel real Christmassy in there. Christmas is a challenge. I’m just a Country guy and I sing Country music, and that’s a different style of singing. You’re still yourself but it’s there’s no fiddles and there’s no steel guitar or stuff like that. It’s very orchestrated, I guess you could say, but on the flip side, it was a lot of fun doing something that different.

It’s so important for artists to step outside of their comfort zone and do different things isn’t it?

Absolutely, yeah. Everybody has an opinion on music and that’s their opinion so hopefully we’ll put something out there and somebody goes, ‘Oh, I really like that’. I think it’s good to be diverse.

I have absolutely no idea what to expect from your next album. Part of me thinks it will be along the lines of your self-titled debut but another part of me is expecting a curveball, as you do like to do things that people don’t expect…

Yeah, I don’t really know, man. I’ve been sitting back, listening to it myself going, ‘OK, where are we going with this’. I’ll tell you what my mindset was behind this new album coming out. I did write some of the songs but I just wanted great song. I knew there were so many great songs in Nashville that other songwriters have written so with this album, I didn’t care if I wrote it. I didn’t care if you wrote it. I didn’t care who wrote it as long as it was a great song. My goal with this one was every track you listen on this album is a good song.

You’ve never been over to the UK to tour yet. Is that something you’re hoping to do once we get out of the pandemic?

Yeah, I think so. I mean, we’ve had calls about it but it’s just not fit the schedule yet. I think we’re going to. Honestly it was in the talks but obviously that’s not going to happen now but hopefully when things get back to normal, whenever that is, we will definitely be coming over your way.

How have you been satisfying your performing and artistic side during quarantine?

We’ve done live streams. I did a lot when this first started and I love them, it’s just not the same as being able to see the faces and being up there on the stage. What’s been keeping me occupied is doing some lives, spending time with my family and working on this album, that’s what’s been driving me to keep going. I just want to get new music out and hopefully when things get back to normal we’ll have this album, we’ll be out touring on this album and starting the next phase of our career.

Has being able to concentrate on music, free from the usual distractions that come with being an artist, benefitted you creatively?

Yeah, I think it has man. It’s allowed us to relax a little bit and not be so crunch time, crunch time, deadline kind of deal. We’ve had time to sit back, write great songs and record great songs. I think it’s been a pretty relaxing honestly.

At first I was (stifled) but one day I was like, ‘you’ve got to suck it up. It is what it is. Everything will get back to normal eventually so we’re gonna go make music and that’s what we’re going to do’.

Yeah, I guess what’s difficult is you can’t see anyone. You do see comments coming in and people saying things, and that’s great, but it’s not the same as being on tour. If I wanted to go live and play a brand new song, I couldn’t really get their reaction like I could if I was standing on stage seeing what they really think about it.

You’re going to be focusing on finishing the new record over the coming months but knowing you, you’ve probably got plenty of ideas in your head to work on already. Is there anything else you’re hoping to achieve this year?

(laughs) You know, as of right now, that’s the only thing – finishing this album. I really want to dedicate my time to it during this pandemic we’re in and just make it the best I could. I’ve got a lot of things going on in my mind that I would love to do but none of that’s really feasible right now, I can’t do any of that. My my main focus has just been getting my second album out.

Dylan Scott’s Nothing to Do Town and An Old Memory EPs are out now, as is his current single Nobody. Watch the video for Nobody below: