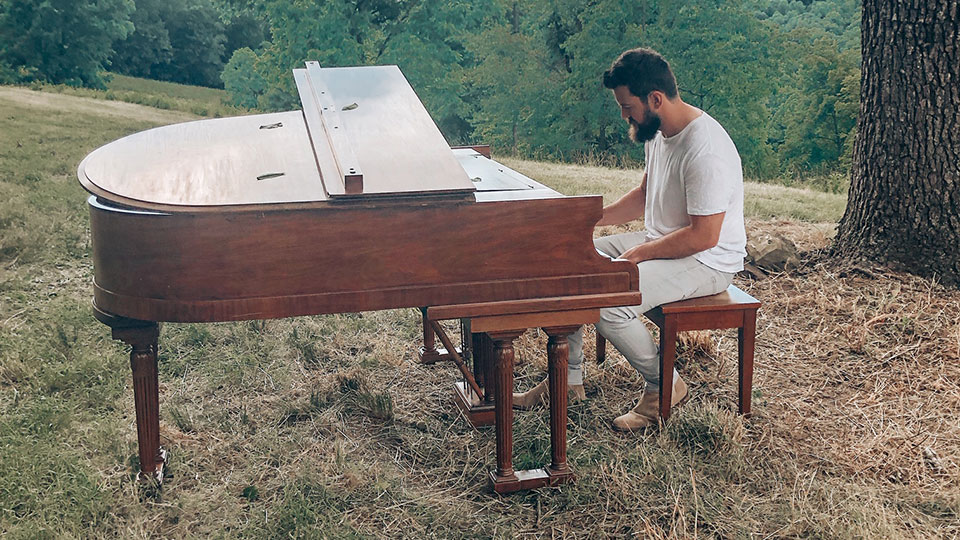 Chris Bandi has released the music video for new single Would Have Loved Her.

The video, directed by Dustin Haney, was filmed along the picturesque Caney Fork River in Tennessee. It paints a sorrowing self-portrait with Bandi’s stark and isolated performance on a baby grand piano as the focal point.

“Would Have Loved Her was such a special song to write,” says Bandi. “I had the idea on my phone for a while. I wanted to write a song about my grandpa who passed away a few months before I met my girlfriend. I brought the idea into my good friend Zach Kale and he told me that his dad passed away before he met his wife. We both knew what we needed to write that afternoon. We definitely had some people looking down helping us that day!”

The track is taken from Chris’ self-titled EP, which is available now. The seven song release features four co-writes by Chris and includes his hit Man Enough Now.

Man Enough Now has racked up over 82 million global streams and counting and is currently impacting country radio.

Earlier this year Chris made his Grand Ole Opry debut. Last year he joined American Idol Season 17 winner Laine Hardy on tour and Chris was on the road with country breakout Matt Stell this spring.

Advertisement. Scroll to continue reading.
In this article:Chris Bandi