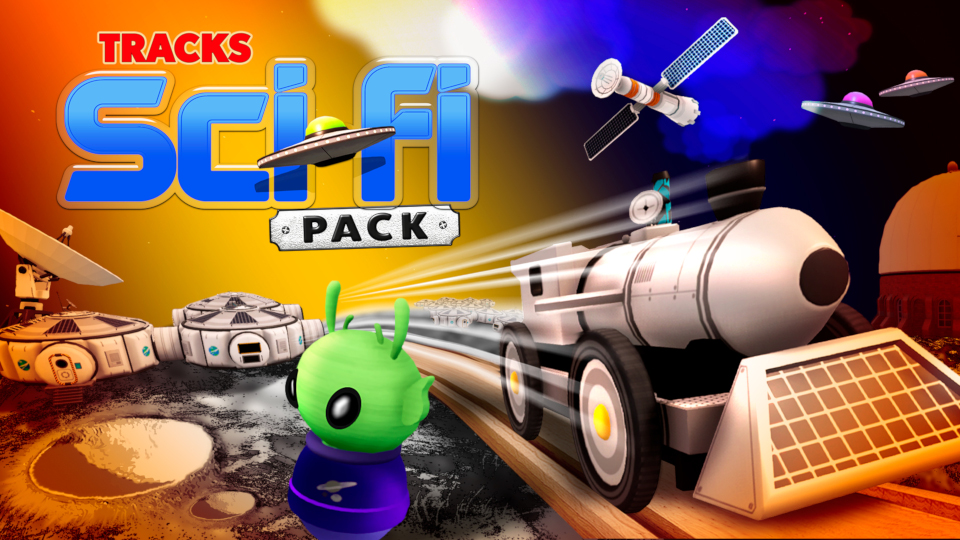 Tracks is a family-based train set builder with visuals that remind me of the wooden Brio train sets I used to build with my little boy. The only limit in the game is your own imagination and you can let your creativity go wild. It’s a very relaxing game to play but also brings excitement when you see your creations in action.

The Sci-Fi DLC pack takes things even further, delivering a new moon level with low gravity, a rocket train skin and 30+ new decorations for players to use in their toy worlds.

Check out some Tracks gameplay in the video below:

From the official press release:

“Look to the stars and take your train set further than ever before with new buildings, passengers, vehicles and a rocket train. Why not create an uncharted world with the new space rover, UFO, asteroid and alien? Perhaps take a giant leap for mankind with the new moon base, flag, craters and moon lander? Tracks’ already expansive toy sandbox has just got bigger.

This is a great opportunity to revisit the brilliantly relaxing toy train set builder and hop back into the driver’s seat.”

The SciFi DLC is available on Xbox One for £3.29 and PC for £2.99. This represents great value as the base game is as part of the Xbox Game Pass.