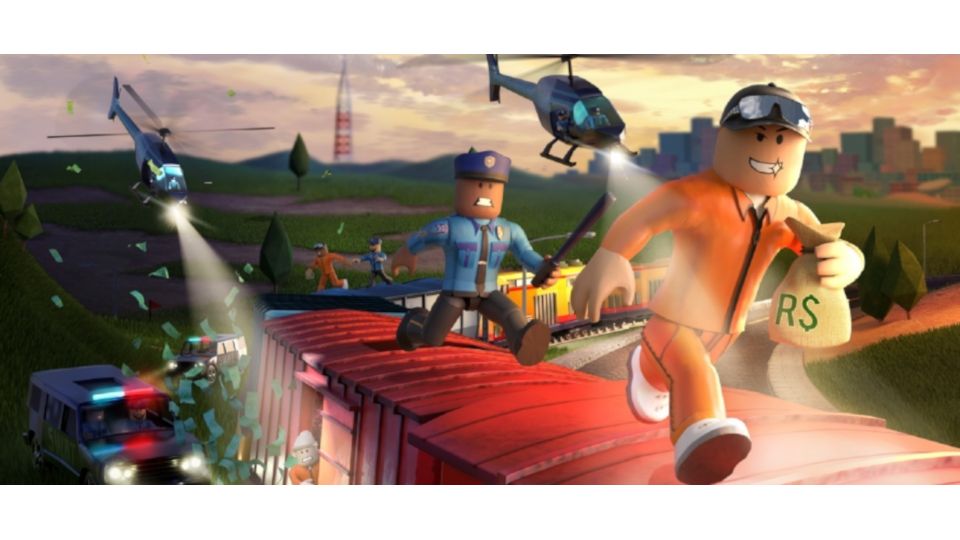 Hello, my fellow Robloxians! In the second instalment of ‘The most popular games on Roblox’ it is my pleasure to introduce Jailbreak. Jailbreak is a game of cops and robbers, think Grand Theft Auto but made in the world of Roblox.

Watch the Jailbreak trailer below:

Being a criminal has by far been the most fun role for me. Once you’ve escaped from jail the world really opens up with loads of places to explore, vehicles to steal and heists to complete. Playing the role of the police can also be fun as you try to catch the criminals in the act and haul them back off to jail.

Created by Badcc and Asimo3089, Jailbreak went on to become a record-breaking game when it was released in 2017. It has since been surpassed by other games but Jailbreak still has a very healthy number of players on a daily basis.

In a Roblox blog post, Badcc talks about how he was inspired by the game Redwood Prison by RoyStandord.

“The game was simple, but there was something about it that I found really fun… At this time, I had never played Prison Life,” Badcc admits. “Some time passed and I thought, ‘Hey, this Prison Life game has been pretty huge on the front page but I’ve never bothered to check it out.’ And I did. I played it a lot. But I wanted to do more. After you escaped the prison there wasn’t much to do at all. At the time we were working on a competitive mining game and we had a pretty complete gameplay demo ready to show everyone, but I knew if we made a cops-and-robbers prison-breakout game it would be wildly more successful. I also saw a void in the market. The two games that were popular weren’t that advanced, and I knew I could really bring it to the next level… Four months later, we released Jailbreak.”

After creating Jailbreak the guys knew they had created something special,

“I kind of knew it would be super popular,” Badcc reflects. “I personally don’t really play games at all—both inside and outside of Roblox—but this game I was creating was so incredibly fun and I couldn’t stop playing it.”

“We had a blast playing other prison games but quickly found the ‘end game’ for them after playing too often,” said Asimo3089. “We realized we could make something more modern, with more to do. This is what we capitalized on and quickly found success even in early testing. I knew this could end up being something huge when our early testers (other developers) ended up spending 25+ minutes in the game just messing around and having a great time.”

The gameplay also plays a huge factor in a successful Roblox game. The best games have clear mechanics and goals that engage the player, whether you’re in a social game or a first-person shooter. In Jailbreak, the way you play the game changes the experience. The gameplay can range from slow-paced, yet exciting (for example, organizing a game of hide and seek) to fast-paced and exhilarating (like robbing banks and hijacking helicopters). But there’s never a moment of fatigue. Badcc says that this is a defining feature of the game: “Jailbreak is a combination of two major genres that are popular on Roblox: action and role-play. You can choose to do both, or either. This opens up the game to a big audience,” he said.

So there you have it, another massively popular game from the world of Roblox. There won’t be too long to wait for our next instalment where we’ll be exploring Piggy Alpha.