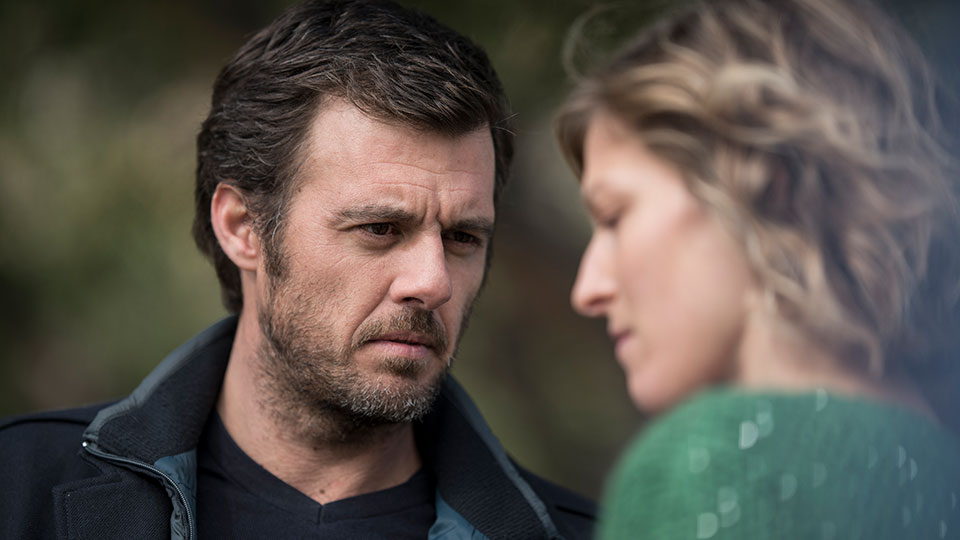 It’s a harrowing opening to this fabulous French thriller, as we witness two sudden deaths in the first ten minutes. After Walter Presents have treated us to some leftfield releases of late, A Deadly Union (known as Noces Rouges in France, which literally translates as Crimson Wedding) sees them return to their traditional homeland – murder, thrills and mystery.

If you want to avoid all spoilers for A Deadly Union, stop reading now.

Set in the beautiful south of France, ADU makes you yearn for the Provence coastline with its stunning scenery and enticing blue water. It’s a feast for the eyes, particularly at a time when we’re all starved of our holidays (remember those?). And nature’s opulence is reflected in the joyous occasion of Sandra and William’s wedding, as well-to-do guests dance and laugh the day away, unaware of the tragedy that is about to unfold.

As the bride’s sister, Alice, walks out onto the sun-kissed terrace, she glances over the edge of the railing. There she spots her sister – the bride – laying dead on the rocky cliffs below.

Investigating the death is Vincent, a detective who was also a guest at the wedding. Whilst most people assume Sandra took her own life, Vincent isn’t so sure. He and Alice – who have a history that we occasionally get glimpses of in flashbacks – dig deeper and start to unravel a darker side to Sandra’s life.
Running alongside this storyline is death of Vincent’s brother in a motorcycle accident – the second of the deaths we witness at the start. This death happened some years ago, and the person charged with the manslaughter of his brother has been released from prison – much to the disgust of Vincent’s parents.

Parallels were made in the press release to the mysteries of Agatha Christie, and that’s not an unfair comparison. There are plenty of titillating snippets of intrigue – mysterious and threatening texts, unexpected guests, knowing looks, secret meetings and family secrets. Although set in modern-day France, you could equally imagine it being set on the Cornish coast in the 50s, with a white-haired Marple or moustached Poirot trying to pick their way through the clues and red herrings. The little grey cells would certainly get a good work-out.

The show stars Alexia Barlier as Alice, who some of you may recognise from the film 13 Hours and the Netflix thriller, The Forest (La Forêt) where she played Eve Mendel; and Lannick Gautry as Vincent, who was in Vanished By The Lake. Bruno Dega, who created the show, also created Vanished By The Lake. It’s a stellar cast, well-written and scripted.

If you enjoy a good old-fashioned mystery and some glorious Mediterranean scenery, give it go. You won’t be disappointed.

Walter Presents: A Deadly Union launches on Channel 4 on 21st June at 11pm. The box set will be available on Walter Presents via All 4 immediately after transmission of first episode.