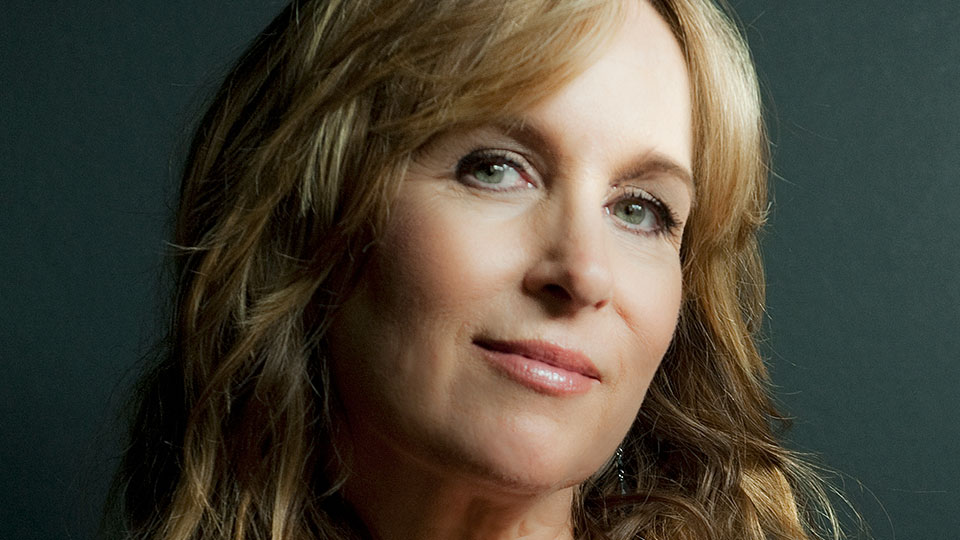 Gretchen Peters is a legend. As a songwriter she’s penned huge hits such as Independence Day for Martina McBride and You Don’t Even Know Who I Am for Patty Loveless, not to mention co-writing Here I Am with Bryan Adams and Hans Zimmer. As an artist in her own right, she’s released a number of albums, starting with 1996’s The Secret of Life. For her latest artist project, Gretchen is taking on the songs of legendary songwriter Mickey Newbury on The Night You Wrote That Song: The Songs of Mickey Newbury.

Mickey Newbury penned hits for the likes of Kenny Rogers, Andy Williams, Solomon Burke and Eddy Arnold and he experienced phenomenal success as a songwriter. He is one of Gretchen’s heroes and for this album she wanted to stay away from just recording the obvious hits from his catalogue. Instead she dug deep until she found songs she both connected and could bring something to. Covering someone else’s song is no easy thing to do so doing a whole album is either incredibly brave or incredibly misguided.

Thankfully for Gretchen she brings her experience and talent to the table and uses it admirably, putting her own stamp on all 12 songs that appear on this record. The wistful and moody The Sailor opens the album and sets the scene for what you can expect from the album as a whole. Gretchen’s voice has a haunting quality to it and the arrangements let the songs breathe, making them feel different from the originals.

It takes a rare talent to take someone else’s song and do something interesting with it but that’s what Gretchen does her. The simple arrangement on the almost bluesy Just Dropped In (To See What Condition My Condition Was In) is moving and all-encompassing, piano ballad Wish I Was allows Gretchen’s smoky tone to unleash its endearing vibrato, and the bouncy Why You Been Gone So Long is a near 4-minutes of uptempo traditional Country goodness.

Elsewhere on the record the acoustic-led Heaven Help the Child is a highlight that really showcases Gretchen’s unique voice, Leavin’ Kentucky is an organic and live sounding moment that is sure to be a highlight of Gretchen’s live sets and Saint Cecilia is a fragile yet gorgeous song that in the hands of Gretchen sounds stunning. The album closes with the piano-led Three Bells for Stephen, which features stirring strings and plenty of heart.

Whether you know Mickey Newbury or not, you’ll be able to enjoy this record. For some Country fans this will be a crash course in one of the most celebrated songwriters in the genre while for others it will be an opportunity to revisit a selection of his songs with new life breathed into them. Fans of traditional Country and Americana will find plenty to enjoy here and those who have followed Gretchen since her beginnings, will get a lot out of this bold and enjoyable record.

Track list: 1. The Sailor 2. She Even Woke Me Up to Say Goodbye 3. Just Dropped In (To See What Condition My Condition Was In) 4. The Night You Wrote That Song 5. Wish I Was 6. Why You Been Gone So Long 7. Frisco Depot 8. Leavin’ Kentucky 9. Heaven Help the Child 10. San Francisco Mabel Joy 11. Saint Cecilia 12. Three Bells for Stephen Record label: Proper Records Release date: 15th May 2020 Buy The Night You Wrote That Song: The Songs of Mickey Newbury

Advertisement. Scroll to continue reading.
In this article:Gretchen Peters