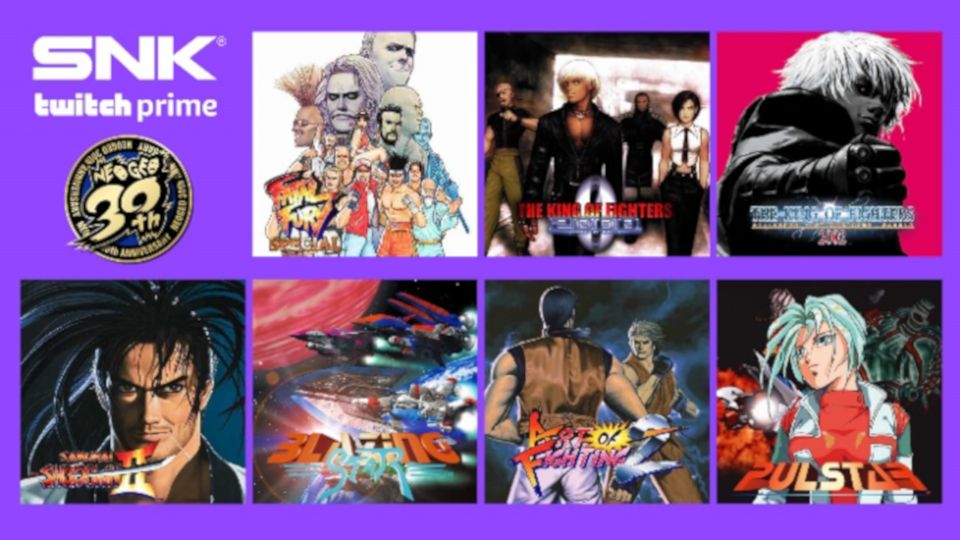 Seven popular SNK titles will be free to download from Twitch Prime starting from May 26th, 2020 for a limited time. These seven games are the first of 20+ free games coming this summer, and Amazon Prime members can keep them forever once they’re claimed. Twitch Prime offers gaming benefits including in-game content and free games to Prime members, at no additional charge.

In celebration of Neogeo’s 30th Anniversary since the system was launched in 1990, Prime members can download popular classic Neogeo titles completely free. The first wave begins with seven titles including Fatal Fury SpecialL, KOF 2002, and Samurai Showdown II, which are available from 26th May.

Later this summer Twitch Prime members can look forward to additional free titles
including Garou: Mark of the Wolves, The Last Blade 2, Metal Slug 2, The King of Fighters ’98 Ultimate Match Final Edition, Sengoku 3 and King of the Monsters.

If you’re not already a Twitch Prime member then you can sign up at the official website.

If you’re a fan of SNK games then you might be interested to hear that Samurai Showdown II is being released on PC soon, check out our article fo find out more.

*You must be an Amazon Prime member in order to download.
*The available games are their western versions

Advertisement. Scroll to continue reading.
In this article:SNK, Twitch Prime