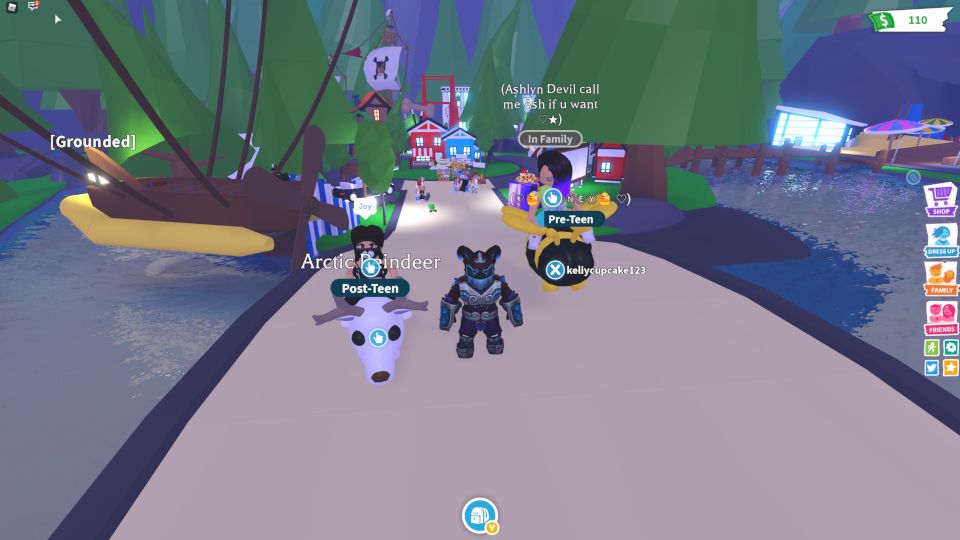 Adopt Me on Roblox is a massively popular game with lots of people working hard to obtain their dream pets. To obtain the higher end pets requires a lot of time, effort plus a fair degree of luck. You can speed things along by spending real-life money making your little digital furballs even more valuable.

As a result of the demand and people’s desire to get the things they want without putting in the hard work a dark and murky underworld has arisen in Adopt Me. There are people out there who want to take advantage of honest gamers to make a real-life profit.

You only have to do a quick google search to find Adopt Me pets for sale on sites such as eBay with some selling for as much as £79.99. There’s no wonder that there are some terrible people out there trying to take advantage of the real gamers, many of who are young children.

The guys behind Adopt Me are aware of the issue and to combat it they have created the trade window. Using this window players can trade safely with each other and they can see what the other player is trading before they choose to accept or decline. For any parents reading this, there is one simple rule to follow when trading anything in Adopt Me and that is to only use the trade window for trades.

Despite this robust protection the scammers out there are still being successful in scamming pets or other items from players. Below we’ve listed what seem to be the most common scams out there. If you’ve come across any others please let us know on Twitter and we’ll add them the to the article.

The pet doubling scam is where someone offers to clone your pet thus giving you two for the price of one. This is clearly a very tempting offer especially as the service is usually offered for free. To gain your trust they will often show you how their doubling works by asking you to trade them a low-value pet. They will then ‘double’ this pet and trade both back to you. Now they have your trust and have shown you that it works they will offer to do the same with a more valuable pet.

The problem here is that doubling is not possible in Adopt Me. They simply have a stash of the more common pets in the game and are merely giving you one of the pets from their collection to give the impression of doubling. If they manage to get you to part with one of your valuable pets they will simply take it and run leaving you without your treasured pet.

In this scam, the scammer is pretending to be rich and will be offering to pay for any trades with Robux. They will often offer insanely large amounts of Robux for items to make it seem like an even better deal. They will make out that money means nothing to them and that to spend 100s of Robux on an item is mere pocket change to them. As with all scams, once you’ve given them your pet/item they will simply leave the server with your item leaving you empty-handed.

There are some things to keep in mind here. Firstly there is no officially recognised way of paying someone with Robux, you cannot simply transfer them to another player. There are a few ways around this but it is not something simple to do especially for young kids. Please, please, please never get involved with anyone offering to pay you in Robux, it’s a sure-fire scam.

Lemonade or hotdog stand with extras

The lemonade and hotdog stands can be purchased in-game using Robux and are relatively cheap to obtain. Players can then sell their lemonade or hotdogs to other players in order to earn a few extra bucks. Most people sell for around 1 or 2 bucks but there are some stands that are selling their wares for much much more.

Why are these sellers trying to get more for their lemonade? It’s simple, they are scamming people in an attempt to make in-game bucks much more quickly. To justify their prices they often offer extra incentives which often include giving away a pet with every purchase.

Sounds too good to be true? If you thought yes then you’re correct. These people have no intention of giving you anything at all and once you’ve bought their overpriced product they will simply leave, log into a different server and repeat the process filling their pockets along the way.

Trust trades, as the name implies rely purely on trust. You have to trust that the player you are trading with isn’t going to rip you off. Despite the dangers of this, people still seem to enjoy the ‘rush’ of completing trust trades.

The scariest thing about trust trades is that they take part in the trade box so if you do get scammed you have no hope of getting anything back. They work by having one player putting inexpensive items in the trade window and pressing accept, they then have to trust that the other player isn’t simply going to accept this and make off with your pets.

These scammers will often gain your trust by initially trading honestly or by simply not accepting the trade at all. They will then up the ante by trust trading increasingly valuable items until they finally make their getaway.

There’s one simple rule here, if you don’t know the other person do not enter into any trust trades. I would still be wary even if I knew the person to be honest!

Want to level up your pet but can’t be bothered to put in the time and effort? That’s where pet sitters come in. These scammers will offer to level up your pet for you and hand it back after an agreed amount of time. They will claim that the benefit to them is the reward of bucks that they will get as they cater to your pets needs.

These scams can take a bit longer to come to fruition and the scammer will often try to gain your trust by levelling up a lower value pet first and giving it back. Now that you trust them they will offer to level up a more valuable pet and then make their escape.

In this scam the scammer is unlikely to actually putting in any work to level up anything, they often have a large selection of common pets that are already levelled up and will simply be giving one of these back to you at the agreed time. Be warned, they will not be coming back if you give them a more expensive pet.

This list doesn’t include every scam in the game, they are simply to more prevalent ones that I have seen as my 6-year-old son plays the game. He earns Robux as a reward for completing his weekly chores so they have a real-world value to a child as well as my own wallet. I wanted to write this article as he has been taken advantage of by these scammers and I want to make sure it doesn’t happen to anyone else.

Other scams include fake actions, people claiming they are poor and need free pets, parties offering great giveaways but you have to pay to enter the party and ways of guaranteeing you will get legendary pets for a small fee. As with all things if an offer seems too good to be true then it probably is.

Don’t fall for these scams, stay safe and have fun!