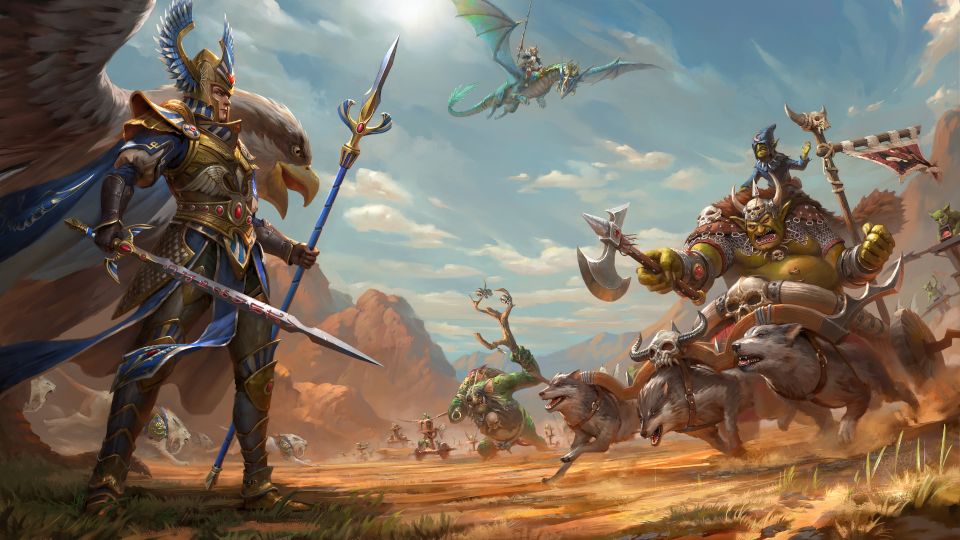 SEGA and Creative Assembly have recently announced that the latest DLC for Total War Warhammer 2 will be ‘The Warden and the Paunch’ and will be available from 21st May on Steam.

The Warden & The Paunch introduces two new Legendary Lords for the Greenskins and High Elves races, both featuring in an interwoven campaign that culminates in an epic showdown that will determine the future of the fabled Kingdom of Yvresse.

Watch the Warden and the Paunch trailer below:

The Warden and the Paunch introduces two new Legendary Lords, one each for the High Elves and the Greenskins. Warlord Grom, known more famously as Grom the Paunch is the only Greenskins warlord to have ever successfully invaded the fabled isles of Ulthuan, home of the High Elves. Both bloated and unstoppable, Grom is an indomitable character blessed with supreme power and a WAAAGH! eager for fightin’.

Eltharion, Prince of Yvresse, is one of the most renowned High Elves in all Ulthuan having achieved what many of his kin consider impossible many times. Mounted atop his ethereal griffon named Stormwing, he is vengeance incarnate and will do all that he can to protect Yvresse from the forthcoming green tide.

The DLC will also add a free Legendary Lord for all owners of the game in the form of Prince Imrick of Caledor. There will also be some new units including Arch-Mage and Giant River Troll Hag to devastating ground troops such as magical Rogue Idols, the majestic Arcane Phoenix, and the deadly War Lions of Chrace.

For more information check out the official FAQ page.