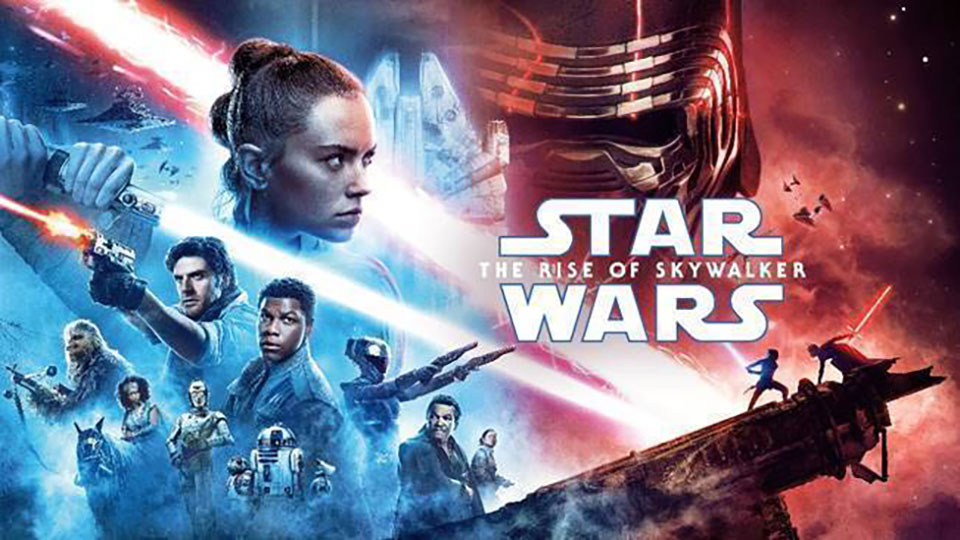 Star Wars: The Rise of Skywalker is coming to Sky Cinema and Disney+ on Monday 4th May 2020 aka Star Wars Day, the same day it premieres on DVD and Blu-ray.

The surviving members of the resistance face the First Order once again, and the legendary conflict between the Jedi and the Sith reaches its peak bringing the Skywalker saga to its end.

The screenplay was written by Chris Terrio & J.J. Abrams and the story is by Derek Connolly & Colin Trevorrow and J.J. Abrams & Chris Terrio, based on characters created by George Lucas.

Star Wars: The Rise of Skywalker joins Sky Cinema’s line up of the latest blockbuster movies, including: Spider-Man: Far From Home, Rocketman, The Lion King, Yesterday and Toy Story 4.

Advertisement. Scroll to continue reading.
In this article:Star Wars, Star Wars: The Rise of Skywalker