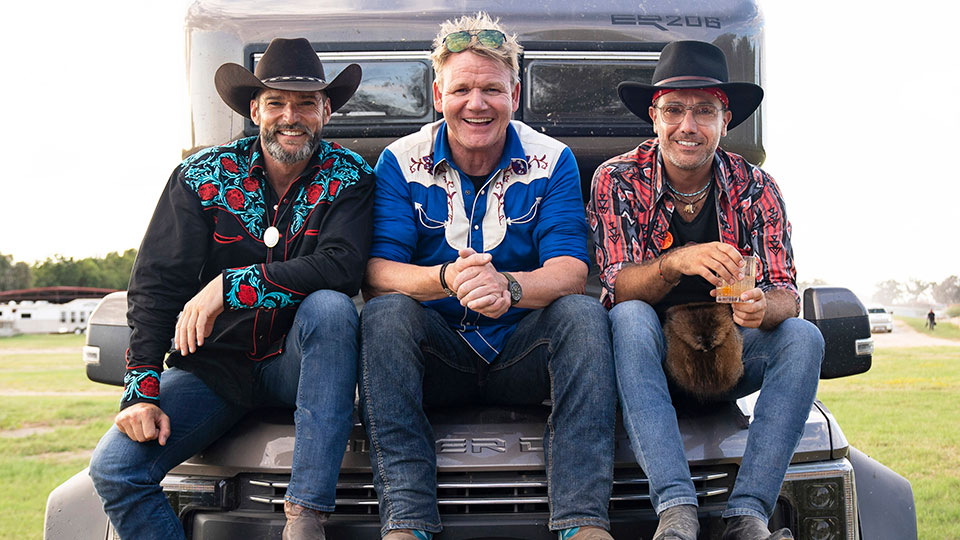 Before it arrives, we’ve got a clip of the trio trying their hand at being lumberjacks. They meet a lumberjack who gives them a crash course in felling the trees but how do they get on?

In the fourth and final episode of the series, the guys head to Texas to check out the beef, bourbon, BBQs and cowboys.

Gordon says: “There is nowhere on the planet that does a BBQ like Texas” so their first stop is a BBQ restaurant voted one of the best in the world. Following that they try to fell trees, enjoy a dip in the Blue Hole and head to Trinity River.

Before the adventure comes to an end, the trio visits Texas capital Austin where they transform themselves into cowboys. We can only imagine how that’s going to turn out!