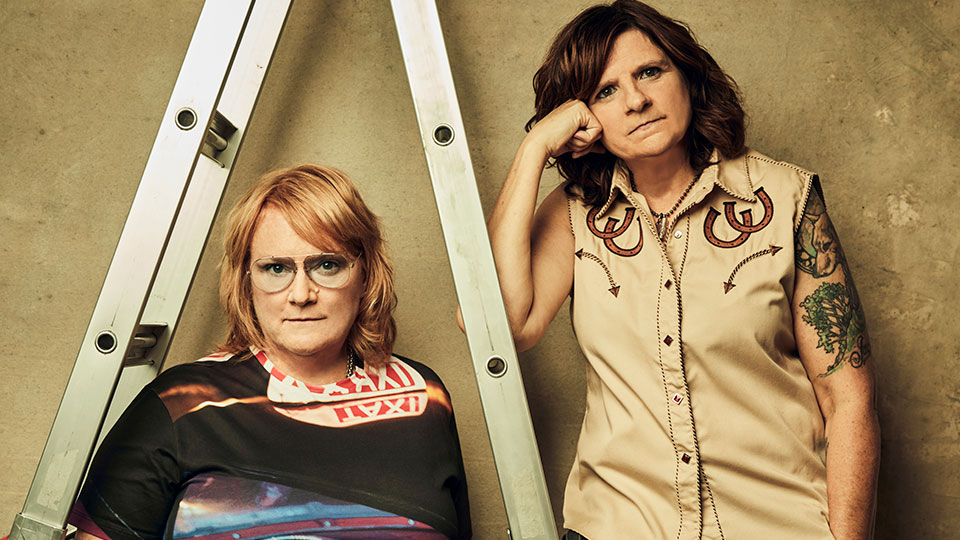 Indigo Girls will release their 16th album Look Long on 22nd May through Rounder Records.

The set was produced by John Reynolds at Peter Gabriel’s Real World studios in Bath, England and the lead single is Shit Kickin’. Reynolds previously collaborated with the band on their 1999 album Come On Now Social.

“We’re still a bar band at heart,” says Emily Saliers. “Today, we joke about being old, but what is old when it comes to music? We’re just as inspired by younger artists, and the passion feels the same as it did when we were 25 years-old.”

“People can feel lost in these times,” Saliers continues. “Let’s lament our limitations, but let’s also look beyond what’s right in front of us, take the long view of things, and strive to do better.”

Indigo Girls enjoyed a breakthrough in 1989 with their self-titled album. Over their career they’ve racked up a slew of gold and platinum certifications and sold-out tours around the world, all while engaging in committed and uncompromising social and political activism, including immigration reform (El Refugio), LGBTQ rights, education (Dolly Parton’s Imagination Library), death penalty reform, and sustainability in Native communities.

The duo are co-founders of Honor the Earth, a non-profit dedicated to Indigenous environmental justice and green energy solutions. They have granted over three million dollars to Native-led grassroots groups and campaigns fighting against bad energy projects but also funding sustainable ones.

The track listing for Look Long is:

Indigo Girls also plan to be in the UK in August for the following live shows:

Tickets are on sale now at https://ticketmaster-uk.tm7559.net/1xzzm.