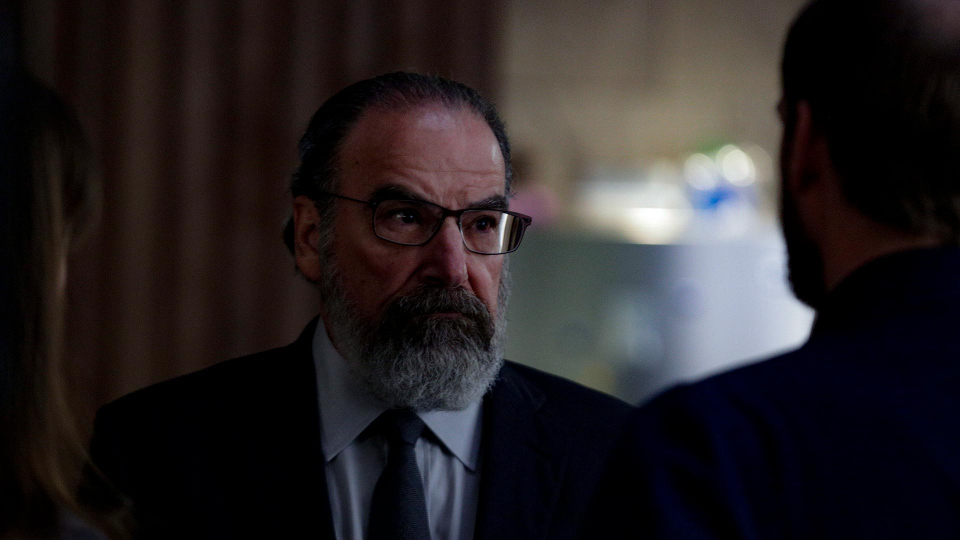 Following his surrender to an armed Taliban fighter last episode, Max was taken prisoner. He saw a drone and saw an opportunity to run but was shot in the shoulder. He was then cuffed to a bed and drugged with morphine. His captor seemed most interested in money and pawned Max’s kit, including the black box from the president’s helicopter.

An FBI team arrived at the CIA station to investigate events. Before a full lockdown was enforced, Carrie (Claire Danes) headed out on her motorbike. She went to see Yevgeny (Ronin Costa) and demanded a favour of help to locate Max. Yevgeny said he would need the American monitoring systems taken offline to make a phone call. Desperate to find her friend, and the black box, Carrie reluctantly agreed and later distracted Lonnie (Austin Basis) with a printer jam to carry out the disruption.

Jenna (Andrea Deck) showed Mike (Cliff Chamberlain) the tape showing the meeting between Carrie and Yevgeny at the fountain. They had cleaned the audio up and realised that her report of the conversation was false. Mike took it to Saul (Mandy Patinkin) who then confronted Carrie. She lied to him until he came clean about what they knew. The result was sending her back to rehab in Germany.

Elsewhere in the episode, Saul met with G’ulom and accused him of killing President Warner. G’ulom threw him out and rounded up Taliban fighters. He threatened to kill them if Haqqani (Numan Acar) didn’t surrender. Saul had President Hayes (Sam Trammell) talk to G’ulom but he was too weak and let G’ulom dictate the situation.

At the end of the episode, as Carrie left for the airport, Haqqani came to surrender. After Jenna left Carrie at the gate, Carrie took an emergency exit and was met on the tarmac by Yevgeny. Meanwhile, the black box was being transported to a new location.

Here’s the synopsis for Homeland 8×07 – Fucker Shot Me:

Saul finds an unlikely ally. So does Carrie.